Where the Wild—and Dangerous—Dogs Roam 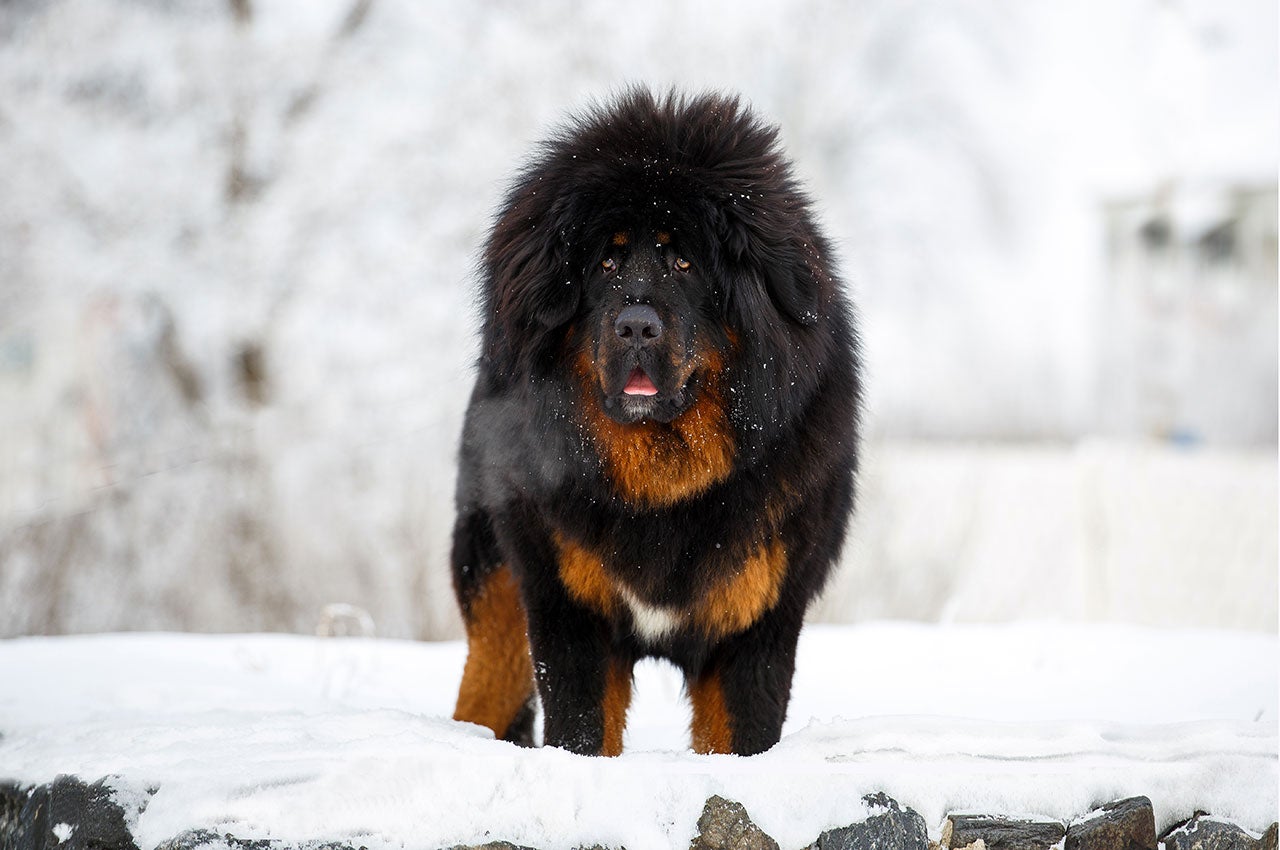 When Yang Yu, VG16, arrived in the Yushu Tibetan Autonomous Prefecture in southern Qinghai, China, the first thing she noticed was the dogs. Huge and black with thick ruffs of fur like lions’ manes, Tibetan mastiffs were everywhere. Many were leashed, lying in people’s yards to guard their houses. But plenty weren’t: Yu saw them sleeping in the streets, begging scraps from monks at monasteries, and, in one case, dozing under a prayer wheel.

Many locals take them for granted, but free-ranging Tibetan mastiffs are a growing problem on the Tibetan plateau. The dogs were initially bred in large numbers as pets for government officials and Chinese city dwellers, but it wasn’t long before owners began abandoning them. The dogs were tough to train, their coats too thick for the urban heat, and their fierce loyalty made them attack visitors. “If smaller dogs bite you, you just bleed,” Yu said. “If you get bitten by a Tibetan mastiff, you may lose a hand.” That’s not an exaggeration—in a few cases, dogs killed their owners.

Yu, an M.S. in conservation medicine graduate, came to the Qinghai Province in 2016 as a program coordinator at Gangri Neichog Research and Conservation Center to help do something about the growing numbers of free-ranging dogs. After demand for the mastiffs plunged a few years ago, breeders began abandoning them near monasteries, where the monks would feed them. The dogs overran the villages around the monasteries, and the problems started.

The most obvious danger is that the mastiffs bite people without provocation. A survey Yu conducted at one elementary school revealed that some students had been bitten and almost all were afraid of getting bitten. 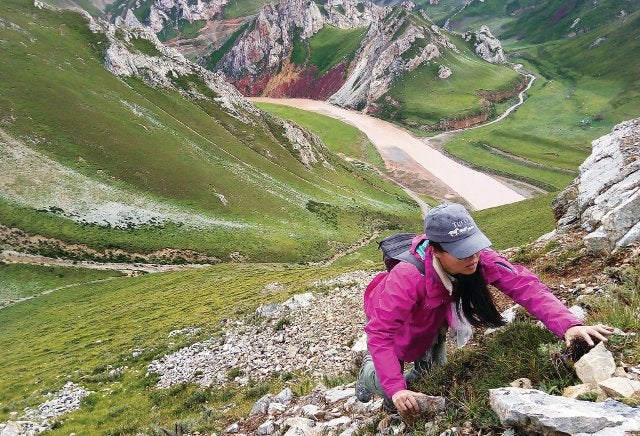 The habitats of the stray mastiffs and endangered wild snow leopards overlap, said Yang Yu, VG16. Photo: Courtesy of Yang Yu
Disease is an issue too, particularly echinococcosis, a parasitic infection picked up from contact with the dogs’ feces and river water they’ve contaminated. Symptoms such as stomach pain, chest pain, and jaundice may only appear years after infection, and victims will often seek help at the local monastery instead of a hospital. By the time they get diagnosed, it’s too late. “It’s called parasite cancer in Chinese, because it’s treatable early on,” Yu said. “But not in the later stages.”

And it’s not just the people living with the dogs who are at risk. The threat also extends to endangered snow leopards, who may be vulnerable to canine distemper, and who eat the same prey as the dogs: blue sheep, goats, and yaks. “Their habitats and active time overlap,” Yu said. “We think there will be an impact.”

Over the course of a year, Yu and her team worked to document the extent of the problem, and then propose solutions. They set up infrared cameras to study the dogs, helped create and distribute brochures on managing them and preventing disease through good hygiene, and collaborated on a documentary that won two awards at the Shanghai International Film Festival. But getting the local community to take up solutions has proved a challenge.

The most obvious—if grim—solution is euthanizing the dogs, but killing animals is forbidden by Tibetan Buddhism. One monastery did support a proposal by Yu and others to sterilize the dogs, and villagers allowed Chinese veterinarians to perform the procedure on twenty-six adopted female dogs and train Tibetan veterinarians to do it. But in areas without monastery support, most veterinarians see sterilization as a “low job.”

Another monastery ran a campaign that led hundreds of villagers to adopt dogs, but most new owners ended up letting the dogs run free or abandoning them altogether. Despite these imperfect attempts, the most viable solution likely lies with monasteries, which could take the lead in promoting sterilization and offer awards for adopting the mastiffs long term.

Yu has since moved on to the Tianshan Mountain Conservation Program of the Qiaonv Foundation to study snow leopards, but will carry with her the lessons she learned from the mastiff problem. “I was expecting a lot of field work and going into the wild, but most of the work is dealing with people. People are the center of all conservation problems,” Yu said. “It’s really hard to change people’s minds. But I do think they’re capable of solving the problem.”