Animals as a Gateway to Science 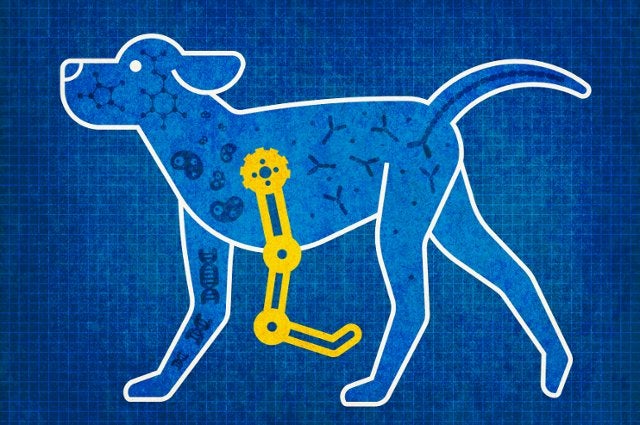 Kids love animals, and the evidence isn’t only anecdotal. Research published in the journal Developmental Psychology in 2012, for example, showed that infants as young as eleven months preferred real animals to toys. At Cummings School, faculty, students, and staff are working on several fronts to use that instinctive rapport to increase diversity in veterinary medicine and other fields of science, technology, engineering, and math (STEM).

Studies have shown that while women make up 47 percent of the U.S. workforce, they hold only 24 percent of STEM jobs. The statistics are better for women attending veterinary school—nearly 80 percent of veterinary students identify as female, according to the American Veterinary Medical Association—but blacks and Hispanics are even more severely underrepresented than women in STEM fields, including veterinary medicine. “The numbers show that 97 percent of veterinarians identify as Caucasian,” said India Napier, a second-year Cummings School student. “That’s an alarming number.”

Seven Cummings School students, along with some staff and faculty members, are conducting an after-school program at Worcester’s Belmont Street Community School, where 80 percent of the elementary student population is nonwhite. The veterinary students will spend a little over an hour once a week for twelve weeks introducing Belmont kids to animal-related careers through modules on topics such as animal dentistry, surgery, and opening a pet store.

In her first week, Napier started off by asking how many of the students wanted to be veterinarians, and about half of them raised their hands. “By the end of the lesson,” she said, “all the hands went up.”

Other Cummings School faculty and staff are working to broaden that kind of enthusiasm to other STEM fields. “Kids may not know what an engineer is,” said assistant professor Megan Mueller, A08, AG10, AG13, “but if they get hands-on experience in something emotionally important to them, that opens the door.”

Mueller, who is also a senior fellow at the Tisch College of Civic Life, is interested in how programs that use animal-based content to teach kids about STEM fields can boost student success and create pathways to STEM careers.

Her pilot study, published in the Journal of STEM Education, showed a statistically significant increase in middle-school students’ interest in science and engineering after completing an animal-based program. She’s now trying to secure funding for a larger study. “We’ve seen anecdotally that these programs are successful and students really enjoy them,” she said, “but we need to expand that research to tap into different areas.”

One of Mueller’s coauthors on the study is Cummings School director of special programs Danielle Buczek, who is running a twenty-eight-year-old career-exploration program called Adventures in Veterinary Medicine. In the AVM program, which aims to give kids a taste of what working as a veterinary professional might be like, children progress through a week of hands-on projects, such as examining a horse, clicker-training a dog, and practicing suturing on a banana.

There is some overlap between AVM and Gap Junction, an after-school program headed by associate professor Elizabeth Byrnes, in which Cummings School student volunteers bring biology-based labs to middle schools around Boston and Worcester. Both programs, for example, include modules developed by Cynthia Webster, a professor in the Department of Clinical Sciences.

Her presentations, which started as simple career-day talks, focus in particular on engineering, now a required aspect of Common Core national educational standards. “Between fifth and eighth grade is a critical time when kids tend to lose interest in science,” Webster said. “So the more exposure they can have to STEM and to role models who actually do the work, the better.”

The animal-based activities she has developed involve presenting a case study of a sick animal followed by an engineering design challenge. For example, one module features a dachshund with hind-end paralysis; the students receive materials to make an assistive mobility device for the dog as they learn about the physiology behind spinal injuries. In other presentations, the kids build an artificial leg for a Jack Russell terrier with bone cancer or a stethoscope to diagnose heart disease in a Chihuahua.

Webster uses videos and stuffed animals to present her case studies since a goal that she, Mueller, and Byrnes share is to make their programs scalable and accessible to all schools through online teachers’ guides. Besides, Webster says, with a live animal in the classroom, “the kids don’t pay attention to what we’re saying.”

The three women are currently seeking grant money to quantify how much animal-based education increases short-term motivation and interest, hopefully with longer-term implications. “I’ve never not had kids totally engaged,” said Webster. “That tells you there’s something going on here.”