Getting a Head Start in Research 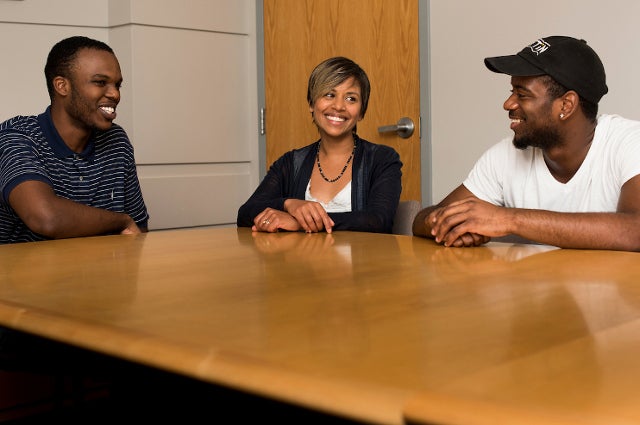 When Ayanna Thomas was an undergraduate at Wesleyan University, she took part in a program for students of color to advance their research skills. “It was formative for me to be in that program,” said Thomas, an associate professor of psychology in the School of Arts and Sciences. “I probably wouldn’t have gone on to grad school or become a professor if I hadn’t been in that program.”

Now she’s done the same for three undergraduate students who worked for ten weeks this summer in her Cognitive Aging and Memory Lab, where they helped design and implement psychological experiments. They were members of the inaugural class of the new Visiting and Early Research Scholar Experience (VERSE) program for students from underrepresented backgrounds.

Thomas is one of fourteen faculty recruited this past year by Jackie Dejean, the assistant dean of research for Arts and Sciences, for the VERSE program, which she created from scratch. Nineteen students—eleven from Tufts, eight from other colleges and universities—were placed in thirteen labs across five departments.

“A lot of students do not have the skill set coming in as freshmen to do research projects or make meaningful connections with faculty members,” Dejean said. “This program is designed to help students learn to make that connection, to think about what it means to design a research project and to be part of a research team, and also to have them think about research as part of their career plans.”

Having worked in research administration, Dejean knew the National Science Foundation had funds to invest in training the next generation of scientists and researchers, and so she invited NSF-funded faculty to an initial meeting last year to see if they would be willing to mentor students of color who are new to research. A number of them signed on and they applied for and received funding from the NSF and the American Psychological Association. Dejean advertised the program to Tufts students and to students at Morehouse and Spelman, historically black colleges in Atlanta, among others. 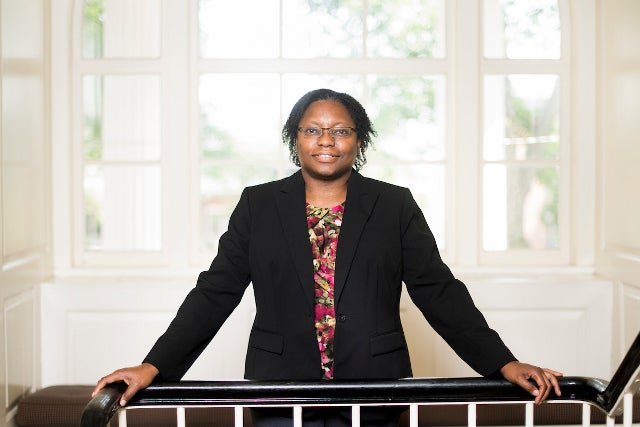 “A lot of students do not have the skill set coming in as freshmen to do research projects or make meaningful connections with faculty members,” said Jackie Dejean. “This program is designed to help students learn to make that connection.” Photo: Alonso Nichols
Working in Thomas’s lab this summer were Jahlyn Hayes, A19, Belen Farias, A20, and Marcus Thompson, a Morehouse student. Hayes and Farias worked on experiments testing eyewitness accuracy—essentially looking at memory under stress—while Thompson focused on how caffeine affects memory.

At Thomas’s weekly lab meetings at 9:30 on Tuesday mornings, held in a conference room on the second floor of the psychology department building, the three mixed with graduate students, a postdoc, and a few other undergraduates, as Thomas ran down that week’s work, looking for critical input and other suggestions.

“The fact that this experience is interactive makes it 100 percent better than just sitting in class and taking notes,” said Hayes. “It gets me thinking. I’m making decisions about an entire process, and for me that’s very elevating.”

Having to help devise the stress test for study participants—in this case, sticking one’s hand in ice water—meant that Farias “thought of different things that weren’t even in the literature, like how to set up the ice buckets, and things like that,” she said. “It’s about having to find solutions to problems you didn’t think you would have.” 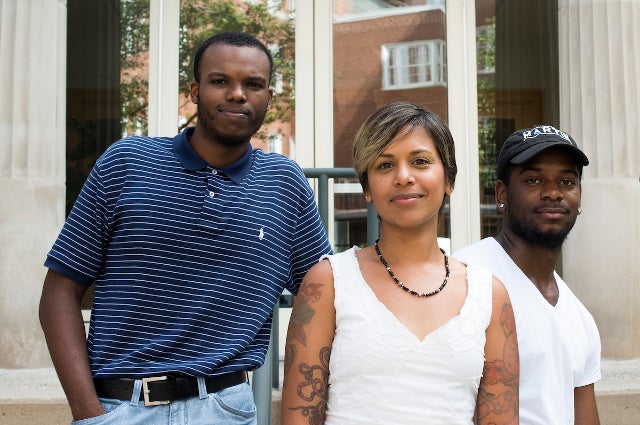 Other faculty around campus mentored VERSE students as well. Brian Gravel, an assistant professor in the Department of Education, had students working on research projects related to middle school science education. His students did site visits at schools and attended workshops, and created structures for hands-on learning by middle schoolers.

Christine McWayne, professor and director of early childhood education at the Eliot-Pearson Department of Child Study and Human Development, took her VERSE students to a national conference, where they interacted with professionals and government officials in the field, and learned how to network. Other VERSE students were embedded in the mathematics department and in biology labs, said Dejean.

The VERSE program, which provides room and board on campus and a stipend, is about more than just the work. “We encourage the students to bond—and to explore their surroundings,” said Dejean. They created their own message board, and got together casually to watch movies, as well as going on group outings, such as to Juneteenth at the Boston Museum of Fine Arts, an African-American celebration.

“One Tufts student said after the Juneteenth event that he didn’t know there were that many black people in Boston,” said Dejean. “I want them to get off campus to see that Boston is very diverse. And I want them to see the Tufts campus and appreciate what is available to them.”

One of the lessons for the students, especially those from historically black colleges and universities (HBCU), is that they are able to navigate a different world from the one  they are used to. “We are able to give them the skill set to function effectively and maintain lines of communications,” said Dejean.

Thompson said that “coming from an HBCU, being at a PWI [predominantly white institution], even though it’s just for the summer, is a holistic experience—seeing a different college experience—and that’s really beneficial,” he said.

“Tufts has a bunch of summer research programs, but there isn’t an introduction to research program like this,” said Farias. “So this is a good transition program, and I like that it’s targeted to people of color.”

The success of the program will be easy to judge, Dejean said. “I told the students that I would consider the program a success if the faculty say they want the students back in their labs, or if the students say they want to be back at Tufts doing research,” she said. She is hoping to expand the program next year, perhaps doubling the number of students involved and including more faculty and departments within Arts and Sciences, and possibly other schools at Tufts.

Another measure of success was personal. “One of the Spelman students told me how friendly her lab was, that it felt like a family to her,” Dejean said. “She’d never considered graduate school before, but now was—this gave her a completely different perspective.”