The Toxic Air We Breathe

Invisible particles in the air are responsible for three of the top ten causes of ill health and death worldwide, warns a new book 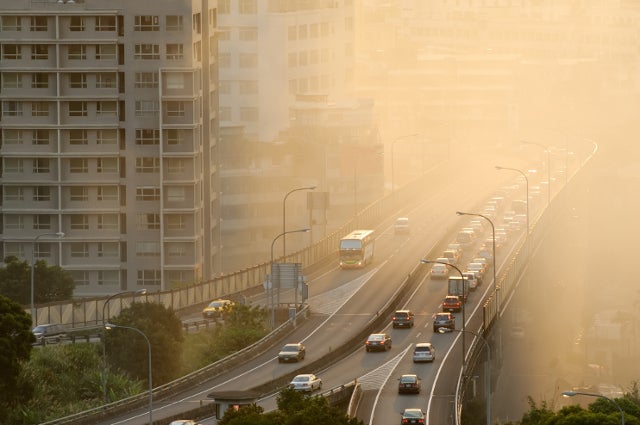 When we think of health hazards, many things come to mind: bad nutrition, car accidents, addiction to drugs. But one we rarely consider is our exposure to particulate matter in the air we breathe. After all, aside from the occasional forest fire, we in the U.S. are pretty immune to that, right?

Doug Brugge tells us otherwise in his new book Particles in the Air: The Deadliest Pollutant Is the One You Breathe Every Day (Springer). In fact, he points out that three of the ten top causes of ill health and death worldwide are due to particulate matter. While smoking is an obvious one, indoor solid fuel burning in developing countries and exposure to fine and ultrafine particles, which go deep into our lungs and even get into our brains, are less visible but likewise harmful.

The most hazardous particulate matter, or PM, is the result of combustion, from burning wood, coal, gasoline, and other fossil fuels. Those particles are small: they make the dust motes we see in a ray of sunshine seem like boulders by comparison, says Brugge, a professor in the Tufts School of Medicine’s Department of Public Health and Community Medicine and a Tisch Senior Fellow. They are present even when we look out and see clear blue skies. And for many millions of people around the world, such as in China and India, they are even more common, from traffic, industrial air pollution, and cooking fires. 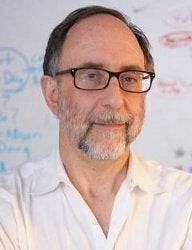 “There are respiratory effects to particulate matter, such as asthma, chronic obstructive pulmonary disease, and lung cancer, but the cardiovascular effects—primarily heart attacks and strokes—are a much bigger impact,” said Doug Brugge.
Brugge’s short book, written with the goal of educating a general audience, details the hazards of PM and the people who are harmed by them, from women who use indoor cooking stoves in India and China to people affected by secondhand smoke. He highlights some positives—such as how the petroleum industry helped promote the use of liquid petroleum gas instead of far more polluting fuels in India. More often than not, though, companies sought to delay recognition of the harm of cigarettes, secondhand smoke, and ambient air pollutants by trying to cast doubt on scientific research.

In his own research, Brugge, who is also co-chair of the Tisch College Community Research Center, has shown the harmful effects of ultrafine particles on people living near highways, and is continuing research on health effects of highway pollution.

We recently talked with Brugge about particulate matter, the air we breathe, and what can be done about air pollution.

Doug Brugge: There are respiratory effects, such as asthma, chronic obstructive pulmonary disease, and lung cancer, but the cardiovascular effects—primarily heart attacks and strokes—are a much bigger impact. There is a still a lot of research being done on how pollution is driving these effects, but the evidence suggests that particulate matter causes increased inflammation, which drives a variety of these outcomes, from respiratory to cardiovascular.

There is emerging evidence that particulate matter also affects neurological functions such as autism and Alzheimer’s disease, especially in children and older people. These neurotoxic effects of particulate matter are becoming more and more recognized, and appear to be quite important. 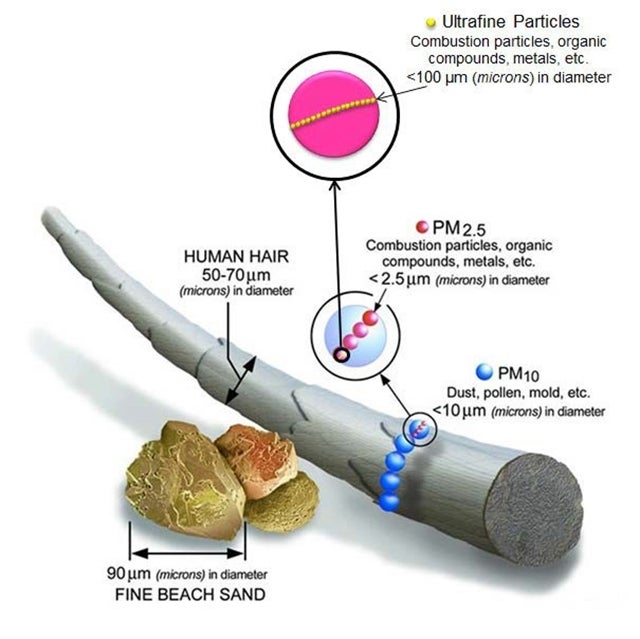 Sizes of particulate matter compared to human hair and beach sand. Illustration: Eda Lu, based on US EPA “Particulate Matter (PM) Pollution” from the book “Particles in the Air,” used with permission

In countries like the U.S., people look outside and see blue skies. But there’s still cause for concern here, right?

I was thinking about this recently, with the fires in the western part of the country. Everyone there can smell those fires, and they become very aware that there’s air pollution and that it could be affecting their health. Here on the East Coast, generally you can’t see or smell air pollution. But near the highway or roadway, and even in areas near big cities or industrial sources, there is strong evidence that those invisible odorless levels of pollution cause significant illness and death. The trouble is, it’s an out-of-sight, out-of-mind issue.

And, of course, air pollution problems are significantly worse in many other countries, such as China, India, and Iran.

You’ve shown that people living in buildings alongside highways are at risk from particulate matter—what about drivers? Millions of people drive on highways every day.

I think driving is a quite substantial exposure. For most people, it’s a small part of their day, but the exposures are higher. I haven’t studied it so much, but I’ve seen research that a quarter or a third of people’s exposure can be during their commute. We did monitoring of pollution in the Big Dig tunnel in Boston, and it was very high. Closing the air vent in the car rather than pulling air in from outside will help. I don’t always remember, but I try to switch over to a mode like that when I’m on the highway.

You also devote a lot of the book to industry efforts that try to discredit the science about tobacco, secondhand smoke, and fine particulate matter from energy sources—all in the name of protecting profits.

I think the starting point was the tobacco industry responding to the evidence about the harmful effects of smoking. 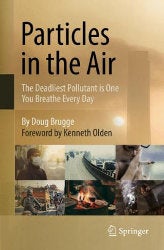 It established a model and approach that was fairly sophisticated and moderately effective in pushing back the timeframe when public health and regulatory efforts could convince people that smoking was a bad idea.

While industry may have delayed regulation and public awareness, it was not ultimately successful. In developed countries, smoking rates are way down, and secondhand smoke is less prevalent as smoking is usually pushed outside of buildings in countries like the U.S. And fine PM are now regulated; even in counties like China, where fine PM is still very high, they are trying to reduce the levels.

How can we as educated consumers balance or combat that anti-science narrative?

As a society we need to be respectful of scientific evidence. There is a tendency in the media—and among the public and policymakers—to not understand how science works. Research leads to an accumulation of evidence, and it’s not perfect; there’s always some uncertainty. But at any point in time you have to make some decisions with what evidence you have and implement the best policy and practice that is consistent with what you know at that time. I try to keep an open mind, though, that the evidence can change.

The EPA under the Trump administration is relaxing coal emission standards—what will be the impact?

The Trump administration has been trying to set back standards to what they were before the Obama administration. It has only been partly successful in doing so and I doubt we are headed back to the days before modern regulations. Even if they set back the standards, I think some of that reversal will be ineffective, because the market is moving toward safer and cleaner energy sources; consumers prefer them, and on a very basic level, they are becoming more economical.