Alum Barbara Shapiro hit it big with her novel “The Art Forger,” and now she’s back with an art-obsessive tale from the 1920s 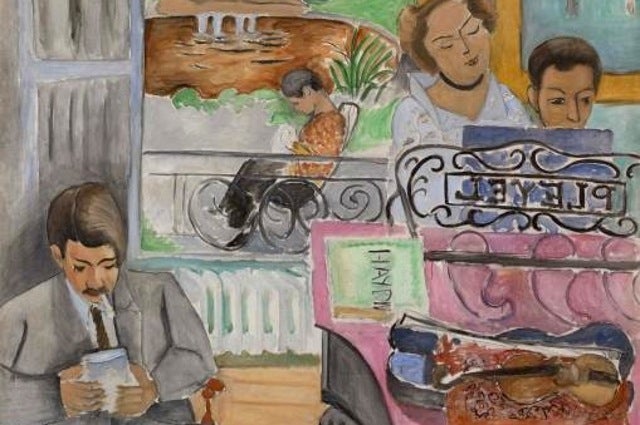 When Barbara Shapiro’s novel The Art Forger hit the New York Times bestseller list in 2012, most people probably thought of her as an overnight success. But Shapiro, AG76, AG78, will tell you there is no such thing. Before The Art Forger, she had published five novels that didn’t go far, and had three more rejected after that. The Art Forger was her last effort, she had told herself. If it didn’t work out, she’d give up on writing novels.

Sure enough, no New York publisher wanted her tale of a young artist asked to forge a painting apparently stolen in the Gardner Museum heist in Boston. It didn’t fit any specific genre, the marketing people said. Then she shopped it to Chapel Hill publisher Algonquin Books, who agreed to take it on. It was a good move on their part: it took off quickly, and just kept going. Six years later, it still sells well, and has more than 3,700 reviews on Amazon, the sure sign of a popular book. She followed it up with The Muralist in 2015, another hit.

Now Shapiro is back with The Collector’s Apprentice, published on October 16. It’s another historical art thriller—Shapiro’s genre-busting genre—and like her other novels, moves back and forth in time and shifts perspective between characters. 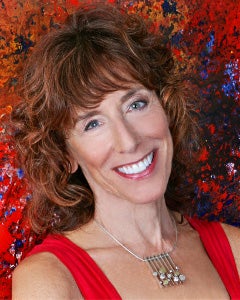 “Who are we? What makes our identities? What’s true and what isn’t? I got to play around with that on a bunch of different levels,” said Barbara Shapiro. Photo: Lynn Wayne
Set in the 1920s in Paris and Philadelphia, it’s the story of young Paulien, a Belgian art student whose fiancé has apparently swindled hundreds, including her family, out of millions; Vivienne, who Paulien transforms into while on the lam from creditors, an art expert and apprentice to American art collector Edwin Bradley; and George—Paulien’s ex, a conman who also plies his trade as, among others, Aston, Benjamin, and István.

It’s a rich mélange of storylines, inspired at its center by the life of Albert Barnes—the man behind the Barnes Foundation in the Philadelphia area, who amassed his art collection during the first half of the twentieth century. Henri Matisse and Gertrude Stein are also characters in the novel, brought vividly to life along with other artists of the period. At its core are not just one but several mysteries, all intertwined.

With three novels all focused on art, it’s perhaps surprising that Shapiro doesn’t have a background in the subject—her master’s and doctorate from Tufts are in sociology. But, she said, “I figure I’ve given myself a master’s degree from researching these three books.” For The Collector’s Apprentice, she traveled to Paris to go to museums and soak up the ambiance. “I’m also interested in the lives of these artists and how eccentric they really are, and how unlike most of us they are,” she said. “And the 1920s—that was so much fun. Gertrude Stein was such a hoot; I loved researching her.”

She also had to do research for her conman character, George. Her best source, she said, was the book The Sociopath Next Door. “Sociopaths are people incapable of feeling empathy; they just don’t understand anything from another’s point of view,” she said. “To them, everything they say is true; even if they are lying, it becomes the truth.” 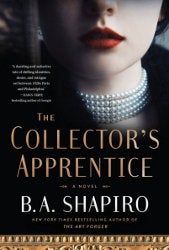 Her character George is just that person—and sections of the novel are told from his perspective. We get to understand this slipperiness from a nonjudgmental point of view, in addition to seeing him as others see him. “I got myself totally into him,” Shapiro said. “They say you are supposed to love your bad guys. Well, I’m just madly in love with George—he’s so awful. I love him and hate him and love him and hate him. He was definitely the most fun character I’ve ever written.”

With two of her main characters presenting themselves to the world as multiple people, the writing got complicated, Shapiro said. “It was hard to keep track of, but really fun to have the same person be different people,” she said. “Who are we? What makes our identities? What’s true and what isn’t? I got to play around with that on a bunch of different levels.”

Her own identity might be an example of that, too. After she got her sociology Ph.D., Shapiro ran a research project for a program in Dorchester helping low-income women with substance abuse problems. When funding for that dried up, she became a statistician and systems analyst, and then headed a software development company.

Later she taught at Tufts—intro to sociology and a class on deviance; “that was a great class,” she said. She had taken up writing by then, and when her first book sold, she stopped teaching and wrote full time. She also taught writing and creative writing at Northeastern University—but stepped away from that after the success of The Art Forger, and now writes full time again.

What’s next for Shapiro? She had nabbed a three-book contract with Algonquin with The Art Forger—and this latest novel is the final installment. Now she has another two-book contract, and just before heading out on tour for The Collector’s Apprentice—thirty stops in October and November alone—she put the finishing touches on the first draft of her next book. It’s “something completely different,” she said.