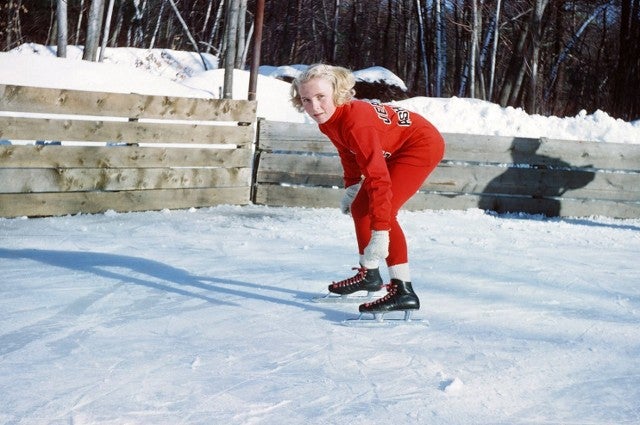 Jeanne C. Ashworth, J60, the first American woman to win an Olympic speedskating medal, died at her home in Wilmington, New York, on October 4. She was eighty.

Ashworth had been winning national indoor and outdoor titles for at least two years before she made history in 1960, during her senior year at Tufts. That year, women were allowed for the first time to compete in speedskating at the Olympic Winter Games at Squaw Valley, California.

She won the bronze in the 500-meter race, finishing the course in 46.1 seconds. The winner, Helga Haase of East Germany, finished in 45.9 seconds, while the Soviet Union's Nataliya Donchenko, clocked at 46.0 seconds, took silver.

“I remember I was on a kind of magic carpet,” she told the Lowell Sun in 2010. “About 10 seconds from the finish, I kind of hesitated and struggled to the end. It took about two-tenths of a second off.” 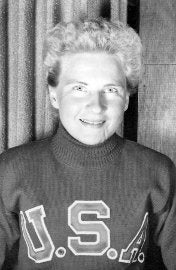 “Jeanne was an Olympic pioneer, not only in speed skating, but for women competing in the Olympic Games,” said the Lake Placid Olympic Museum in a statement. “She was always dedicated to the Olympics and our community to inspire youth and visitors from around the world.”

Ashworth represented the United States at two more Olympics, the 1964 games in Innsbrook, Austria, where she nearly captured her second medal, but took fourth in the 500, and in the 1968 Olympics in Grenoble, France.

She was part of the 1980 U.S. Olympic Committee and one of the dignitaries chosen to fly to Greece to witness the lighting of the Olympic flame and to return with it on Air Force One to the United States, for the Olympics in Lake Placid, New York.

Born on July 1, 1938, in Burlington, Vermont, Ashworth grew up in Wilmington, Massachusetts, where her father owned a candy shop and ice cream business. She began skating on a local pond when she was seven or eight. When she was about ten, she decided to compete in the Silver Skates Derby at Boston Garden, according to the Lowell Sun. She lost in the finals, but the Wilmington Skating Club encouraged and supported the serious young skater.

Excelling in field hockey, basketball, and softball, she was part of Wilmington High’s first Hall of Fame class in 1991. She graduated from Tufts in 1960 with a degree in physical therapy science.

In 1962, she focused on speed skating training by moving to Wilmington, New York, located ten minutes from Lake Placid, home of an outdoor ice track that hosted the speedskating events at both the 1932 and 1980 Winter Olympics.

Later, after leaving speedskating, she attended graduate school at Brigham Young University. She returned to Wilmington, where she taught high school and helped her parents run the candy concession at Santa’s Workshop in Wilmington.

She was also active in town government, serving as town supervisor from 2000 through 2007. Her contributions included shaping policies that supported environmentally focused projects, according to the local community newspaper. She was also admired as a highly skilled cabinetmaker and all-round outdoorswoman.

In addition to her partner, Christine LeFevre, she is survived by her sister Jaqueline Peters, her daughter Kristen Ashworth, two grandsons, and four nieces and nephews.