Malcolm Turvey, director of the Film and Media Studies program, explains the attraction to the dark side

As countless people head to theaters to see Michael Myers terrorize Laurie Strode in the eleventh installment of the Halloween series—or load up the DVD player with classics like A Nightmare on Elm Street, Psycho, and Silence of the Lambs, it’s worth considering that horror movies aren’t just a highlight of the month of October.

In fact, they’re a mainstay of cinema, going all the way back to Frankenstein and Dracula in the earliest days of talkies in the 1930s and German Expressionist films like Nosferatu in the silent era. But why are people so eager to watch monsters and murderers stalk through haunted houses and jump out of dark corners? Come to think of it, what makes a horror movie a horror movie?

Malcolm Turvey, director of the Film and Media Studies program and a professor whose courses have included one called The Horror Film, has answers—and a list of flicks that will scare your socks off, make your skin crawl, and teach you a thing or two about the human condition in the process.

“Horror is a genre that people tend to look down upon and not take very seriously. It has a reputation of being a low, somewhat trashy, titillating genre that appeals to our basest instincts,” Turvey said. “But it’s a wonderful, popular art form through which very complex ideas and creative techniques can manifest themselves—and if you can get past that very cliched view, you realize there’s an embarrassment of riches in the genre.” 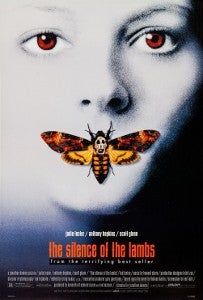 There are many different theories, according to Turvey. “Some theories argue that for a work to be classified as horror, it has to have a monster, which has to be threatening in some way, shape, or form,” Turvey said. The monster is often otherworldly or violates the laws of nature, as in Alien or Jaws—but some argue that a human character can be a monster, as in Psycho, Silence of the Lambs, and Halloween.

In these cases, the human typically has superpowers—Hannibal Lector seems to able to read minds and pull off impossible escapes, while Michael Myers can disappear and often returns after being shot, beheaded, or set on fire in the previous film. “When you start looking at human monsters, they’re often thinly disguised supernatural beings, who actually only have the appearance of being human,” Turvey said.

No matter what the monster looks like, many argue it must have one key characteristic, which distinguishes it from monsters of other genres such as sci-fi. “Horror is a genre in which disgust is central as an emotion,” Turvey said. “A lot of monsters are designed to be explicitly or implicitly disgusting.”

That said, there are many scary films—The Blair Witch Project or The Haunting, for example—which never clearly establish that there is a monster, but are commonly considered part of the genre. “Works like that trade on an ambiguity about what’s going on,” Turvey said. “Perhaps a better way of thinking about horror, and indeed all genres, is that there are cases that are central to the genre, and borderline cases that fit in some ways and not others.”

“The beast within” is the most popular theory explaining the genre’s popularity, according to Turvey. “It argues that an unconscious, repressed part of every human is actually savage; that the veneer of civility is very thin, and beneath that is essentially a monster,” Turvey said. “According to this idea, although we consciously disapprove of what the monster is doing, deep down part of us enjoys seeing the murder and mayhem the monster unleashes—because if we could, we would do that.” 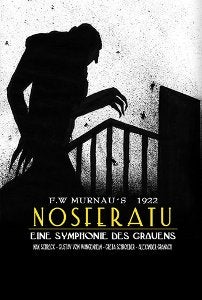 But not everyone enjoys every horror film, which suggests other factors are at work. We could enjoy rooting for the protagonists as they battle the monster, Turvey said. Or we might not endorse the monster’s actions, but we may find it captivating. “We’re endlessly fascinated by monstrous entities, psychotics, serial killers,” Turvey said. “What Ted Bundy did is horrific, but his psychology is so aberrant, we want to understand what’s going on in his head.”

This creates a mystery that draws us in, Turvey said. “One thing in horror narratives is the process where people find out the nature of the monster—its powers, its weaknesses, where it came from,” Turvey said. “You could say it’s that process of discovery that we enjoy, as the philosopher Noël Carroll argues.”

Other theories focus on the thrill that fear offers, particularly for “sensation seekers,” who may also enjoy other adrenaline-spiking activities such as bungee jumping. “The idea is that horror fans are wired or socially formed in such a way that they get a kick out of the fear and other strong visceral sensations of watching horror films,” Turvey said.

This thrill may be especially pleasurable in a context where there’s no real threat to us, Turvey said. “What’s special about consuming horror is you can feel certain strong feelings without suffering the consequences, which allows you to enjoy the sensation,” he said. The fear can also bring people closer together, he added. “There’s a fair amount of evidence that teenagers bond over watching horror films, both young women and young men,” Turvey said.

Finally, there’s the theory that horror movies contain symbolic representations of real fears. Frankenstein, which Turvey requires his students to read because it is so important and which is 200 years old this year, gets at the power of science to alter nature in a fundamental way, while the newer movie Get Out tackles real social and racial fears. “Horror films can put us in touch with what we’re really afraid of, which are often socially constructed fears,” Turvey said. “Part of what one marvels at is how cleverly the filmmakers are using the vehicle of the horror genre to articulate those real-world issues.”

One thing horror aficionados complain about is overuse of the startle response (often called a jump scare), according to Turvey. “It’s a legitimate technique, and if used the right way it can be fantastic, but there are some films that rely on that too much, which is an aesthetic demerit,” Turvey said.

What Makes a Horror Movie Great

Silence of the Lambs had a compelling female protagonist, Turvey said. “I remember just watching that film for the first time and being completely in love with her, because she just seemed so intelligent and so brave and so strong, and so sensitive at the same time,” he said. “I’d never seen anyone like her on film before.”

And Hannibal Lector was a strangely charismatic villain, Turvey added, recalling the final scene, in which Lector has escaped and is going to eat the doctor who has tormented him. “The whole theater applauded. If you think about it, that’s morally not the right reaction,” Turvey said. “But it’s a film in which the capacity to feel positive feelings toward a horrific character is very present, and it makes the film very rich.” 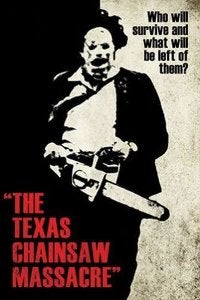 The first Halloween film, which initially interested Turvey in horror, was strong in many ways. “It’s a cinematic masterpiece—so expertly and brilliantly filmed, I’m in awe whenever I watch it,” Turvey said. In Alien, it was Sigourney Weaver’s performance and the “novel and interesting” design of the alien, Turvey said; in Get Out, it was not only the acting and filming, but the articulation of relevant social issues.

Many horror films stand out because they break new ground, and put new twists on old tropes, Turvey said. “I think what’s great about the genre is if you look at it over a time period, you can see how conventions are renewed in different ways,” Turvey said. He concluded, “It’s rare that there’s one thing that makes a great horror film—a large number of things have to come together in an unpredictable manner. And if there are enough that work well, you’ve probably got a strong film.”

Halloween, Silence of the Lambs, and Alien are at the top of Turvey’s list of favorite horror movies, in no small part because of the nostalgic value they hold for him. His more recent favorites include Get Out, 2014’s It Follows, and the 2014 French film Raw (“very difficult”).

Besides these favorites, Turvey tries to show students excellent horror films from a range of eras, cultures, and aesthetics, including Frankenstein and Dracula from the ’20s and ’30s; the ’40s film Cat People; the ’50s sci-fi horror movies The Thing. Godzilla and Invasion of the Body Snatchers; Rosemary’s Baby from the ’60s; Texas Chainsaw Massacre (which Turvey called “very important”) and The Exorcist from the ’70s; and more recent movies such as the 2014 Australian film The Babadook.

“Genres go through fallow periods, and then there are waves of creativity and fecundity. Right now, there’s so much going on,” Turvey said. “My hope is that this period of creativity lasts a long time—at least until the next time I teach my course.”