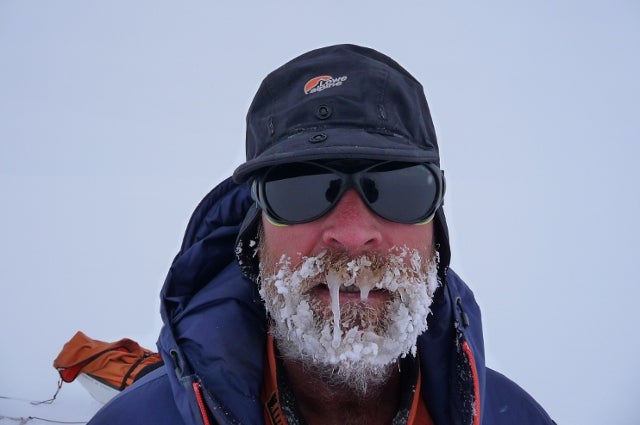 National Book Award finalist David Grann, F92, has loved reading about polar exploration since he was a boy. So he was intrigued when he learned about Henry Worsley, a British special forces officer who idolized the early twentieth-century explorer Ernest Shackleton. Worsley led a team of three men, all related to members of Shackleton’s crew, on a successful trek to the South Pole in 2009, completing “unfinished family business” for their forebears who had to turn back a century earlier.

Not content with that accomplishment or another successful expedition in 2011, Worsley returned to Antarctica in 2015, at age fifty-five, to attempt the first solo and unsupported crossing of the entire continent. The journey ended tragically early the next year, when he called for rescue just short of his goal and was airlifted to safety, only to die two days later of organ failure related to a bacterial infection.

In February, Grann wrote about Worsley’s adventures in The New Yorker, the magazine for which he has been a staff writer since 2003. His gripping account, along with more than fifty photos of expeditions by Worsley and Shackleton, is now available in a slender new volume titled The White Darkness (Doubleday).

Grann took a break from working on his next book to speak with Tufts Now about Worsley. His expeditions tested physical limits in extreme circumstances, Grann said, but they also tell us “something larger about leadership and the nature of the human condition, something that I think is revealing even if you never plan to go trek across Antarctica.”

Tufts Now: Why did you want to write about Henry Worsley?

David Grann: Worsley’s objectives are to test his own endurance and to learn something about his own character. They have almost a spiritual quality, almost like a Buddhist quest of self-abnegation. 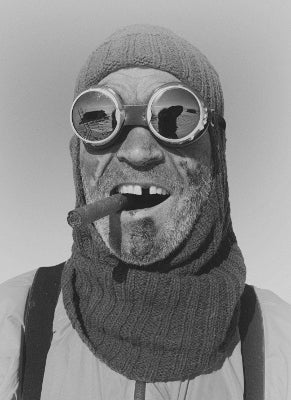 Henry Worsley in Antarctica. “I felt closer to Worsley than anybody I had ever written about, because he allowed an access to his innermost thoughts in a way that many people I have spoken to shield or don’t recollect,” said David Grann. Photo: Courtesy of Sebastian Copeland
There’s a quality of an outward quest and an inward quest. That inward quest, which reveals something about the human being and the human character, is what interests me. I think Worsley was struggling to come to terms with the notion of failure or human limitations. He was someone who had never failed before. He was someone who had never given up. And those are admirable qualities. But what happens when a person is suddenly confronting something that can’t be conquered?

As you were working on this project, did you ever find yourself getting angry with Worsley or questioning his decisions, maybe thinking that he should have called for help sooner or he never should have left his family to do this?

When I wrote in The Lost City of Z about Percy Fawcett, who was an Amazonian explorer who disappeared with his son while looking for an ancient city in 1925, I remember having angry conversations in my head with Fawcett: Why are you taking your older son with you, who has no experience or training, and potentially leading him to his death? I didn’t feel that way about Worsley.

When I’m writing about someone like Worsley and his struggle, I try to see it from all sides. I want to present it to the reader, so you can have those conversations. I want you to see that he was a devoted father and husband but at the same time there are real risks to him pushing on.

You manage to make readers feel like we’re on the journey you’re describing, even though you’ve never been to Antarctica and you never spoke to Worsley. How did you recreate what it was like? 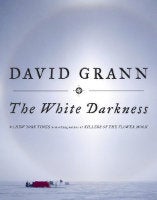 When I started writing, wrapping my mind around Antarctica was probably the greatest challenge. It’s so unlike any other place on earth; it’s more like writing about Mars. It’s the coldest continent, the windiest continent, the highest continent. Ninety-eight percent of it is covered in an ice sheet, but because there’s so little precipitation, it’s classified as a desert, and it’s the driest continent. It’s an alien, majestic place that at any moment might take your life.

This was the first time that I wrote about a place I did not visit. Whether it’s been writing about murder and conspiracy in Guatemala or chasing a giant squid in a typhoon off the coast of New Zealand or traipsing through the Amazon, I’ve always gone on these expeditions and eyewitnessed them or gone to understand the places and reconstruct them.

For various reasons, that wasn’t possible with the Worsley story, but I was fortunate that Worsley meticulously documented his expeditions and his family shared his personal diary with me. Even though I wasn’t there, I felt closer to Worsley than anybody I had ever written about, because he allowed an access to his innermost thoughts in a way that many people I have spoken to shield or don’t recollect.

When I first read about Worsley’s effort to cross Antarctica solo and unsupported, I thought it was kind of crazy and he was a unique character to make such an attempt. But one of his friends, British polar explorer Ben Saunders, tried unsuccessfully to complete the same expedition two years later, and two other men (Lou Rudd and Colin O’Brady) are each now attempting to complete the solo, unsupported crossing this season. What’s the ongoing appeal of this challenge?

The yearning to test oneself, to put oneself up against the assault of nature and, for lack of a better word, see what you are made of, to have decisions reduced to their essence of life or death—that yearning hasn’t gone away. It’s why even when the people who do this seem different from us, we all obsessively want to read those stories, and why those stories have captured our imagination for centuries. It’s why we still read about Shackleton and Scott or the quest to the North Pole and other expeditions as well.

The two people who have now set out to do it are about a month in. I’ve been following it fairly closely and I’m rooting for both of them.

Because Worsley died so soon after he ended his expedition, it’s easy to conclude that he pushed himself beyond his limits. But he did choose to stop short of his goal and call for help. What might we learn from that?

One of the central lessons of Shackleton, and one of the central lessons that I think Worsley really reckoned with, is coming to terms with limits, accepting failure and turning failure into triumph. I think one of the things that is lost in Henry’s death is that he worshipped Shackleton, not Scott. Scott died on one of his expeditions, and the thing that set Shackleton apart was that he always managed to get back and get his men back. That was the model that Worsley had always emulated, and he was really admired for it.

Worsley, at the end of his expedition, when he’s suffering from frostbite, he’s lost forty pounds, he can barely put one foot in front of the other, he holes up for a day in his tent. He’s wrestling with what to do when he is so close to completing his quest and yet his body is being consumed by the cold. He does ultimately make the decision to end the expedition and summons a rescue plane.

Worsley’s wife told me that she thought at the time, “He chose us.” What’s so heartbreaking is that he did make that decision, and yet after he was flown out, they realized he was much sicker than even he had thought.

Is there a plan to make this book into a movie?

The production company that is developing Killers of the Flower Moon also optioned this, so we’ll see. Fingers crossed, they’ll do something with it.

What’s your next project?

The next project is a new book. It involves a shipwreck and a bunch of people getting stuck on an island, and it descends into Lord of the Flies. It’s basically the opposite of a Shackleton expedition, but hopefully also tells us something about the human condition.