Cost to walk away from Facebook for a year? More than $1,000, new study finds 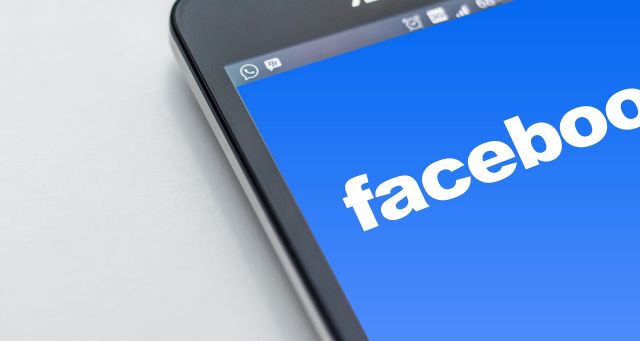 BOSTON and GAMBIER, Ohio (Dec. 19, 2018, 2:00 p.m. ET)—How valuable is Facebook to its users, and how can you measure the value of the site when access is free? Three economists and a social media researcher pooled their work and expertise to assess Facebook’s value to its users, in contrast to its market value or its contribution to gross domestic product.

Using a series of auctions – in which people were actually paid to close their accounts for as little as one day or as long as one year – the researchers found that Facebook users would require an average of more than $1,000 to deactivate their account for one year. The study is published today in PLOS ONE.

Facebook, with more than two billion global users, is among the social media websites that provide access at no cost, so the auctions created by the research team posed the question in reverse: What amount of money would you require to give up your Facebook account for some fixed period of time, ranging from one day to one year?

“Auction participants faced real financial consequences, so had an incentive to seriously consider what compensation they would want to close their accounts for a set period of time and to bid truthfully,” said last and corresponding author Sean B. Cash, economist and the Bergstrom Foundation Professor at the Friedman School of Nutrition Science and Policy at Tufts University in Boston. “Students placed a higher value on Facebook than community members. A number of participants refused to bid at all, suggesting that deactivating Facebook for a year was not a welcome possibility.”

“Social media, and the internet more broadly, have changed the way we live and the way we keep in touch with friends and family, but it’s hard to find evidence that the internet has made us richer or more productive at work. We know people must derive tremendous value from Facebook or they wouldn’t spend millions of hours on the site every day. The challenge is how to put a dollar value on a service people don’t pay for,” said first author Jay Corrigan, professor of economics at Kenyon College, who has done a number of studies involving experimental auctions.

The work began as independent efforts by two teams: Saleem Alhabash at Michigan State University and Sean B. Cash at Tufts University; and Corrigan at Kenyon College with Matthew Rousu of Susquehanna University, so the auctions had slightly different designs and advantages.

In total, the researchers ran three actual auctions, including two samples of college students, a community sample, and an online sample. Winners were paid upon proof that their membership was deactivated for the set period of time. Auction details as follows.

The study contrasts the company’s market capitalization with the value placed on it by its users. For example, based on a market valuation of approximately $400 billion, and about 2.2 billion users, the market value of Facebook would be approximately $180 per user, or less than one-fourth of the annual average value of Facebook access from any of the auction samples.

“While the measurable impact Facebook and other free online services have on the economy may be small, our results show that the benefits these services provide for their users are large,” wrote the authors. The authors also noted that Facebook remains the top social networking site in the world and the third most visited site on the Internet, after Google and YouTube, despite market fluctuations and controversies.

The study noted that the convenience samples, somewhat skewed toward students, are not necessarily representative of all Facebook users, but that there was consistency in price valuation by users across the samples and across different timeframes.

This work was funded by internal grants from Kenyon College and Michigan State University.

Kenyon College is one of the nation’s finest liberal arts institutions, with a high-achieving student enrollment of about 1,700. Founded in 1824, Kenyon is the oldest private college in Ohio and is widely known for its excellent teaching faculty and close collaboration among faculty and students. For more information on Kenyon College, visit http://www.kenyon.edu.