The Benefits and Costs of Taxing Sugary Drinks 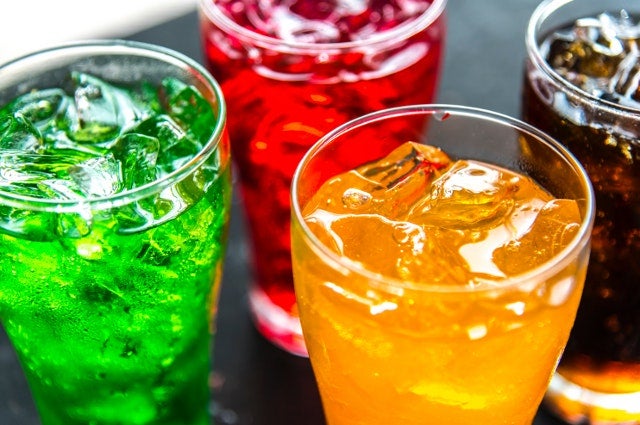 Taxes on sugary beverages have been proposed—and adopted—across the United States as a way of reducing consumption of the sweet drinks, which has been linked to increased risk of weight gain, obesity, type 2 diabetes, and heart disease. In prior studies, a hypothetical national tax of $.01 per ounce was estimated to result in more than $20 billion of savings in health-care costs over ten years.

Parke Wilde, a professor at the Friedman School, helped lead a study of who pays and who benefits from a national sugar-sweetened beverage (SSB) tax. The analysis, recently published in the American Journal of Public Health, replicated previous research that found that a national penny-per-ounce SSB tax would be highly cost-effective in the U.S. and then extended this research to better understand the politics behind such taxes.

As part of the research, the team developed a model for analyzing the extent of these costs and savings for nine key groups. They found that a national SSB tax would have wide-ranging effects on individuals depending on their health-care insurance status, on the beverage industry, and on the government.

The study is part of the Food Policy Review and Intervention Cost-Effectiveness (Food-PRICE) research initiative, an NIH-funded collaboration of researchers led by Tufts University working to identify nutrition strategies that can have the greatest impact on improving health outcomes in the United States. Food-PRICE is co-led by Renata Micha, an associate research professor at the Friedman School and a senior author on this study.

Tufts Now talked to Wilde about a national soda tax and why economic and political factors need to be considered when proposing nutrition policies.

Tufts Now: Before you conducted this study, what already was known about the cost-effectiveness of SSB taxes?

Parke Wilde: There has been a burst of high-profile innovation in this field at the local level in recent years. For example, Berkeley, Philadelphia, and several other cities instituted taxes, and many more are considering it. Researchers have found that these taxes do reduce beverage purchases, as you would expect. Before we conducted our study, a research team from Harvard had estimated the health-care cost savings from reduced risk of chronic disease attributable to a hypothetical national SSB tax, finding that the savings would be many times larger than the implementation costs for administering a tax.

If the health-care cost savings are so great, why hasn’t the federal government already adopted an SSB tax?

An SSB tax affects many people in society, and some stakeholder groups may oppose the tax. First, the SSB manufacturing industry is an obvious opponent. Second, and more interesting, advocates for the poor may seek reassurance that a tax will not be too regressive, which would mean that the poor pay proportionately more than the rich do.

Though less widely noted, other stakeholders may have an incentive to support a tax. For example, employers may take interest in SSB tax policy because they pay a large fraction of health insurance costs in the United States and therefore stand to gain from the medical cost savings.

How does your analysis change our understanding of who benefits and who pays for these taxes?

For consumers, on the cost side the tax itself is an expense. On the benefit side, much depends on how their health-care costs are paid. People with jobs that offer health insurance tend to be somewhat better off, and their SSB intake was less strongly affected. By contrast, people with low incomes had a substantial change in SSB intake, which affects both their own health and their medical costs. The medical costs for low-income consumers typically are paid by public insurance programs such as Medicaid, so some of the cost savings accrued to the government.

What could this analysis mean for passing a national sugar-sweetened beverage tax?

We need good field research on the consumer impact of SSB taxes, good cost-effectiveness analyses that take account of the health-care cost savings, and—our particular interest in this paper—studies that consider the political impact of diverse stakeholder perspectives in addition to the national perspective. We think a complete understanding of winners and losers will help policy-makers identify supporters and anticipate opponents for important public health nutrition proposals.

Lisa LaPoint can be reached at lisa.lapoint@tufts.edu.