A Tufts professor of international law describes how to make U.S. borders more secure without building a wall 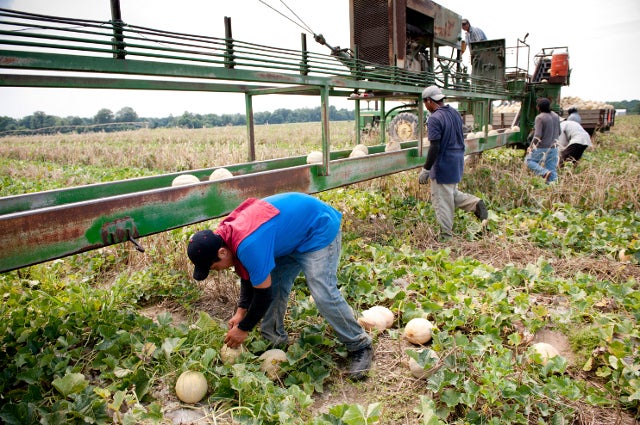 The contentious issue of paying to build a wall along the U.S. border with Mexico has led to a partial federal government shutdown, with President Donald Trump arguing in a televised address from the Oval Office in early January that U.S. national security is at stake.

But John Cerone, a visiting professor of international law at The Fletcher School of Law and Diplomacy at Tufts University, says the circumstances are not so dire and the solutions are not so simple.

“The situation at the southern border, although it may be called a crisis in a political sense, would not constitute an emergency that threatens the life of the nation,” which is the legal threshold for a nation to stop complying with human rights obligations according to international treaties, said Cerone, who is also a senior policy fellow with the Henry J. Leir Institute at Tufts.

And while building a wall might deter some would-be immigrants from approaching the border, “we have to be wary of the possibility that that will then push those seeking to migrate into the hands of organized criminal networks,” he said.

Tufts Now reached out to Cerone to discuss the proposed border wall and other strategies to secure U.S. borders while protecting migrants.

Tufts Now: You have said that a wall along the border is not the most effective tool to reduce illegal migration. What would be better?

John Cerone: The only way to effectively reduce irregular migration is to give people some hope of regular migration. Give them the opportunity to migrate pursuant to law, through regular legal pathways. This is a win-win situation.

The United States can create more work visas for people to work in areas of the U.S. labor market where there currently are shortages—for example, in the agriculture or elder-care sectors. By and large, these are jobs that Americans are not signing up to do. Labor is needed in these areas—so permit migrants from elsewhere to come to the United States and work in these fields.

This ultimately is the only way to effectively reduce irregular migration and it’s a win-win situation.

In addition to creating more work visas, what should be done at the border itself to reduce illegal migration and boost border security?

Since the ports of entry don’t have the capacity to handle the number of individuals arriving, I would like to see the development of secure facilities south of the border, where people can have their basic needs met and also have a degree of protection while they wait to present their case for asylum or whatever their justification may be for entering the United States. This could reduce the chances that organized criminal networks will take advantage of migrants through smuggling and human trafficking.

The United States has the right to enforce its borders. But the more draconian the enforcement measures, the less likely people are to present themselves at ports of entry, and the more likely they are to pursue clandestine or irregular migration, which empowers organized crime.

How could we better address the root causes that compel people to leave their home countries and try to enter the United States?

We should start working together to address these problems now, but at the same time, we have to recognize that they are not going to be resolved overnight. For that reason, we also have to deal with the very real need to accommodate people who need to flee now. We have to consider other ways to facilitate regular migration.

The Many Experiences of Being Black in the Wider World

How Do Refugees in the United States Learn About Race?