Climate Change in the Balance 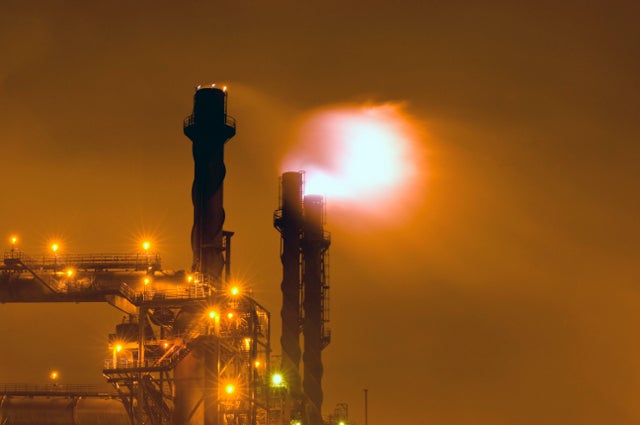 The United States and China together account for nearly 45 percent of global carbon dioxide emissions from fossil fuels, so their decisions have a major impact on the pace and magnitude of climate change.

That’s why their bilateral agreement to reduce carbon dioxide emissions, announced in 2014, was game-changing. The action was widely credited with paving the way for the 2015 Paris climate accord, a historic pact that involved 196 countries pledging to limit the rise of global temperatures.

But the path to saving the planet has not been easy since then. U.S. President Donald Trump has threatened to withdraw from the Paris accord, and mistrust imperils the relationship between the United States and China.

“Paris isn’t the end; we’re going to need subsequent international agreements over time,” said Kelly Sims Gallagher, F00, F03, professor of energy and environmental policy and director of the Climate Policy Lab and the Center for International Environment and Resource Policy at The Fletcher School. “The U.S. and China are going to have to come together and demonstrate leadership. But there’s a lack of understanding between the two countries.”

To combat these misunderstandings, Gallagher has published a new book that explains how the two nations develop and implement their climate policies. She co-authored the book, Titans of the Climate: Explaining Policy Process in the United States and China (MIT Press), with Xiaowei Xuan, a senior research fellow at the Development Research Center of the State Council of the People’s Republic of China.

Tufts Now recently talked with Gallagher about how the world’s two largest carbon emitters are addressing climate change—and what they could do better.

A crucial fact is that President Trump cannot withdraw from the Paris Agreement until the day after the next presidential election. Even if he loses, he’ll still be president on that day, so he still could do it, but if he lost, one would hope he wouldn’t be vindictive and withdraw. If he did, the next president could rejoin. The whole rest of the world knows that and they’re hoping that the U.S. will not withdraw and will get back on track to achieve its commitment. The U.S. is still actively engaged in climate negotiations.

I think that the U.S. and China demonstrated their potential at being able to initiate this virtuous cycle on climate change. By taking leadership and saying we are going to tackle this problem, they created 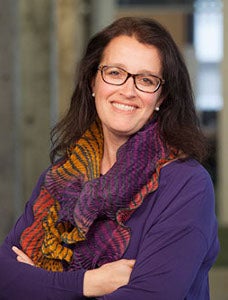 “It all depends on the next presidential election in the U.S.,” said Kelly Sims Gallagher. “If Trump wins, I feel very pessimistic, both about the U.S.-China relationship and about our ability to deal with climate change.”
this positive feedback effect, where all these other countries jumped on the bandwagon and said, “If they can do it, we can do it.” That was one of the reasons why Paris wasn’t as difficult as all the other previous climate negotiations.

But I think it’s equally possible that either the U.S. or China, or the two together, could initiate a vicious cycle. If the U.S. really does withdraw, then other countries will be emboldened to withdraw themselves. I give a lot of credit to the Chinese who, even being provoked strongly by this and the trade war, have not said they will withdraw, but to the contrary have said, “We plan to fully honor our commitments under the Paris Agreement.”

Why is China motivated to continue reducing its carbon dioxide emissions, even while the United States is threatening to pull out of its commitment?

China never would have done this in the first place if they didn’t think it was in their self-interest. I think they still believe the Paris Agreement is in their self-interest, because of the potential impacts of climate change to China and because they are trying to engineer their economy to be positioned well for the low-carbon future.

They have invested a lot in low-carbon industries like the wind and solar sectors, they’re progressing in electric vehicles—and had more electric vehicle sales last year than any other country on Earth—so they are moving strongly in this direction. They believe this is a long-term problem, and they are acting quite aggressively to be part of the solution.

But I imagine they’re going to get internal pressure the longer this goes on—“why should we be doing this if the U.S. isn’t?” For those industries that are painful to close down—coal plants, coal mines, steel mills, and cement factories—that’s a harder argument for Xi Jinping to make internally.

Are China and the United States on track to meet the targets they agreed to in 2014?

China is ahead of schedule on its carbon intensity target and non-fossil fuel energy target. Many people thought their carbon emissions might have already peaked—more than a decade earlier than promised—but they had an increase of about 3 percent last year, just as we did. Their emissions had plateaued for the prior three years, though, so it seems that China is very much on track. The fact that they have been able to bend the curve is very promising.

The U.S. is not on track. There was a prior target announced by President Obama in Copenhagen of reducing emissions to 17 percent below 2005 levels by 2020. It seems like that will be challenging for us to achieve. The Paris Agreement would have required us to double our rate of emissions reductions between 2020 and 2025. Right now that doesn’t seem likely. I think the biggest reason is that the Obama administration’s Clean Power Plan, which was supposed to address our power sector, never went into operation because the Trump administration halted it.

If big players like the United States don’t fulfill their commitments, how will that affect other countries and their efforts to meet their goals? 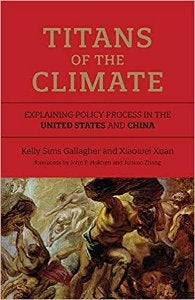 People are aware that the U.S. isn’t on track. It’s outrageous and frustrating, but what can they do? Climate change is a collective action problem, and if you can’t induce everyone to join you in that virtuous cycle, what else are you going to do? It’s difficult to imagine a sanctions regime at this time. I think eventually more rigorous measures for non-compliance are necessary because the imperative for reducing emissions is so strong, but right now we have no effective compliance procedures.

One misconception you address in the book is the Chinese idea that the United States is “too democratic” and therefore can’t get anything done. How does that connect with the reality of what you call “deliberative incrementalism” in U.S. policy?

We have a lot of forward and backward movement in our policy that results primarily from shifts in party power. For example, the Clinton administration negotiated the Kyoto Agreement and then the Bush administration refused to ratify and implement it.

President Obama issued all of these regulations using his authority under the Clean Air Act—the Clean Power Plan, fuel economy standards for motor vehicles, the methane rule—because he couldn’t get Congress to pass a climate law. But that approach made these policies very vulnerable to change once the Trump administration took power. They’re now busy trying to undo all those regulations.

What could the United States learn from the way that China makes its climate policies?

China has the ability to take a really long view, because there’s a one-party system and the ruling party thinks it will be in power forever. They have an ability to do long-term planning that we don’t have in practice here. That struck me as a big difference between the two countries and something we might want to work on more in the U.S. context. How can we do a better job of planning for big transitions like going from a high-carbon infrastructure to a lower-carbon infrastructure?

How hopeful are you that the United States and China will continue to cooperate in the fight against climate change?

We have definitely breached the trust between the U.S. and China that I think was starting to emerge at the end of the Obama-Xi era. The 2014 U.S.-China agreement became this bright spot in the U.S.-China bilateral relationship. This was one area where we decided we could cooperate and shoulder responsibility for a global challenge together. Right now, I don’t see any cooperative initiatives between the two countries. The relationship feels very fragile.

I’m hopeful because I think neither country can afford to go into an equivalent of a Cold War with each other. They will need to look for areas where they can cooperate again, whenever the U.S. decides it wants to have a more constructive relationship with China, and climate has already been proven to be an area where the two countries can cooperate. So I feel reasonably optimistic that this could be an area where we reset.

Will it be soon enough to prevent cataclysmic impacts on the planet?

It all depends on the next presidential election in the U.S. If Trump wins, I feel very pessimistic, both about the U.S.-China relationship and about our ability to deal with climate change. You just don’t know how much longer countries will put up with this kind of behavior. That vicious cycle is more likely to ensue.