On the Trail of Black History in Boston 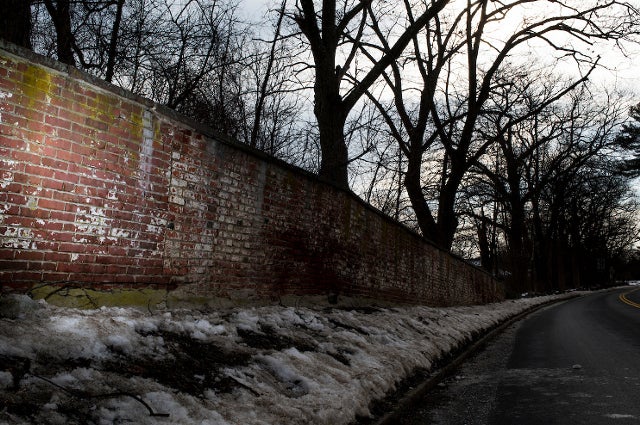 Boston has long had a Freedom Trail, marking the spots of historically significant sites, but Tufts history professor Gerald R. Gill had another idea several decades ago: to create a similar trail of African American history in the Greater Boston area.

Field and Greenidge worked with partner historical groups around Greater Boston, as well as with faculty, students, and staff from across the university, to create the map. Now more than 200 sites strong, the organizers said that is just the beginning.

“It’s an evolving learning resource,” Field said in 2017, soon after the launch of an interactive web map that documents the stops on the trail. “If you want to suggest a site, you can submit your idea and it will be reviewed and potentially added. Public schools could do a project to, say, go out and find new sites to possibly add to the map.”

Here are nine of the many sites included on the trail, with descriptions informed by the mapmakers and their partner organizations. Find more at The African American Trail Project at Tufts University.

Although not much is known about the lives of the slaves who lived in Medford, reminders of the work they were forced to do remain. Forty-nine enslaved people lived in the town in 1765, the year that one of them—a man called Pomp—built this wall of granite and brick on the 400-acre property of slave owner Thomas Brooks. More than 250 years later, a portion of the original wall still stands as a testament to Pomp’s masonry abilities as well as the efforts of the other unsung people who made Medford’s prosperity possible. 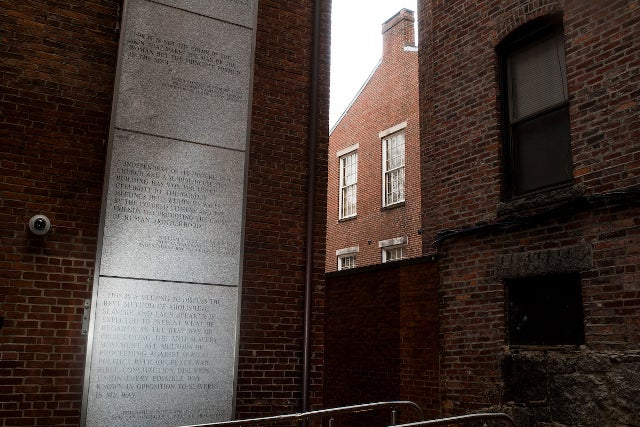 An installation of "Spoken Word," quotes from notable figures who spoke at the African Meeting House in Beacon Hill. Photo: Alonso Nichols
The African Meeting House—built in 1806, almost entirely by black labor—was the epicenter of Boston’s nineteenth-century free African-American community. Radical abolitionist William Lloyd Garrison founded the New England Anti-Slavery Society here, it was a recruitment site for the 54th Massachusetts Volunteer Infantry Regiment, and Frederick Douglass delivered a historic anti-slavery speech in the building in 1860. In 1832, a black Bostonian named Maria Stewart became the first American-born woman, of any race, to speak publicly before a mixed-gender audience. “For it is not the color of the skin that makes the man or the woman,” she said, “but the principle formed in the soul.” 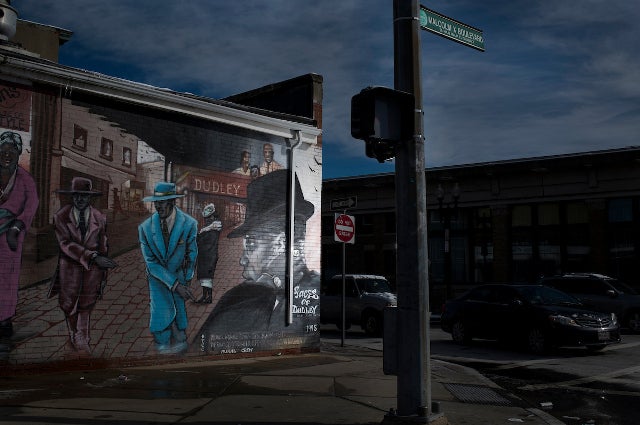 The "Faces of Dudley” mural in Roxbury. In the early 1900s, Dudley became a hub of commercial, cultural, and political activity in the racially mixed, yet increasingly black, section of Roxbury. The mural by Mike Womble (painted in 1995, updated in 2015) depicts this rich history, including the profiles of famous Roxbury residents Malcolm X and Melnea Cass. Photo: Alonso Nichols
When he lived in Roxbury’s Dudley Square neighborhood, from age fourteen to age twenty-one, he was still known as Malcolm Little—later, the world would know him as Malcolm X, the leader in the civil rights movement and the Nation of Islam. Pictured on this mural, Faces of Dudley by artist Mike Womble, Malcolm X would return to the area frequently to visit his sister, Ella Little Collins, an important civil rights activist herself, until his assassination at age thirty-nine in 1965. 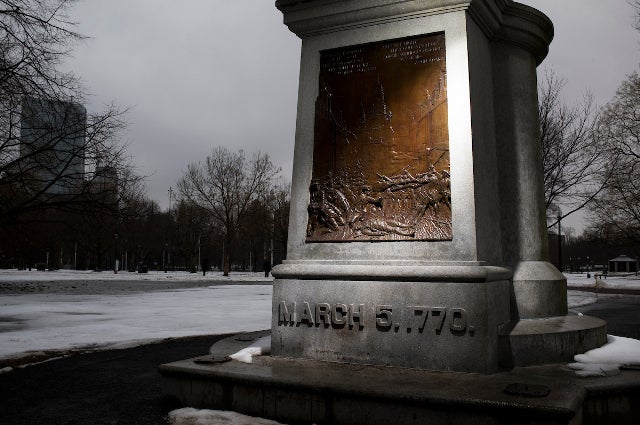 The Boston Massacre/Crispus Attucks Monument on the Boston Common. Photo: Alonso Nichols
Erected in 1888, this monument honors the victims of the Boston Massacre, the bloody confrontation between British Army soldiers and a crowd of colonists on March 5, 1770 that set the stage for the American Revolution. On the monument’s base is a relief depicting the first American to die: Crispus Attucks, a stevedore and former slave of African and Native American descent. Attucks became an icon of the anti-slavery movement and a hero who died for his right to freedom as an American. 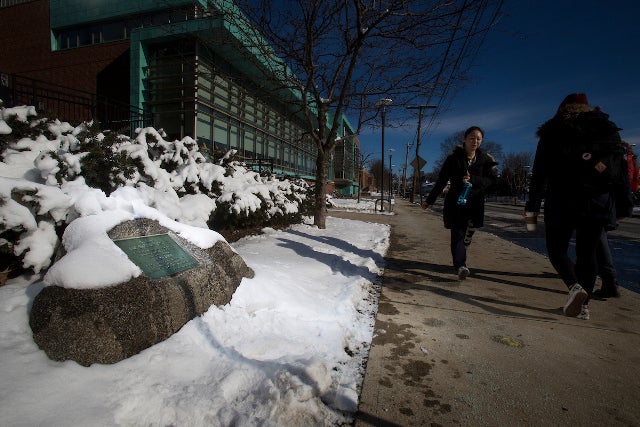 A plaque just outside Cousins Gymnasium marks the site of the Stearns Estate. Photo: Alonso Nichols
A plaque just outside Tufts’ Cousens Gymnasium marks the site of the former Stearns Estate—and an important stop on the Underground Railroad. George Luther Stearns (1809-1867) was an abolitionist and wealthy industrialist who provided financial support to a variety of causes to end slavery, including funding John Brown’s 1859 raid on Harper’s Ferry in West Virginia as part of the Secret Six group. The Stearns estate was also on the network of safe houses and secret routes that slaves used to escape to free states in the North and Canada between 1850 and 1860. In 1856, for example, a black man named William Talbot hid there for weeks, before eventually escaping to freedom in Canada. 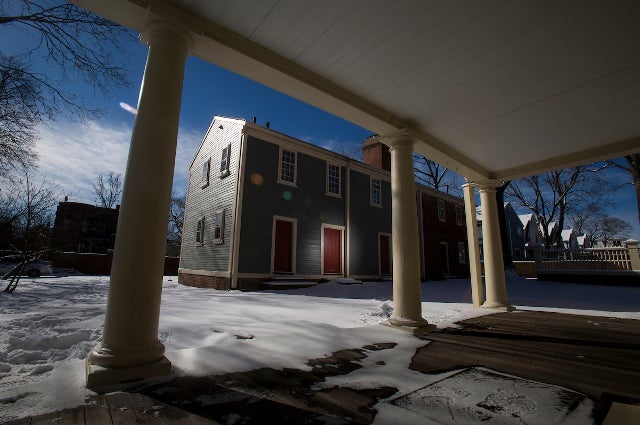 A view of the slave quarters from the side entrance to the Royall House. The house was purchased by Isaac Royall, Sr. in 1732 along with thirty-two acres of land. The summer kitchen became the slave quarters in 1760. Photo: Alonso Nichols
In 1737, Isaac Royall Jr. brought twenty-seven enslaved women and men from his plantation in Antigua to this Medford estate. Near the opulent main house, a small building where some of them lived is the only structure of its kind still standing in the northern United States. The simple structure has been modified over the years, but it is still a stark contrast to the papered walls and carved woodwork of the great house. Census and probate records have preserved the names of more than sixty men, women, and children enslaved by the Royalls over time. 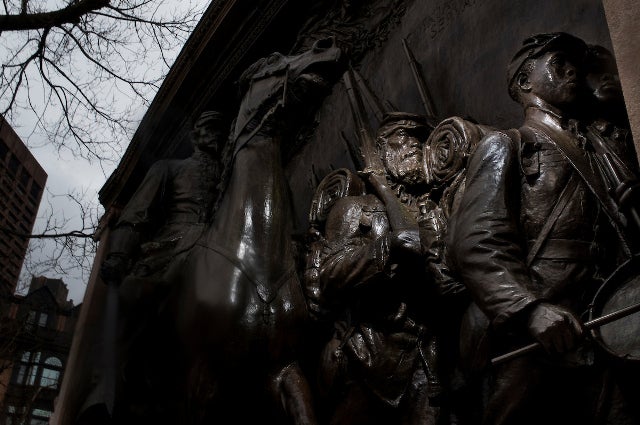 This memorial, designed by sculptor Augustus Saint-Gaudens, honors the 54th Massachusetts Volunteer Infantry Regiment, the first military unit of black soldiers to be raised in the North during the Civil War. The regiment, commanded by Robert Gould Shaw, led an assault on Fort Wagner in South Carolina on July 18, 1863. During the battle, Sergeant William Carney, who had been born into slavery, was wounded three times while protecting the American flag from Confederate capture. On May 23, 1900, he became the first African American to be awarded the Congressional Medal of Honor. 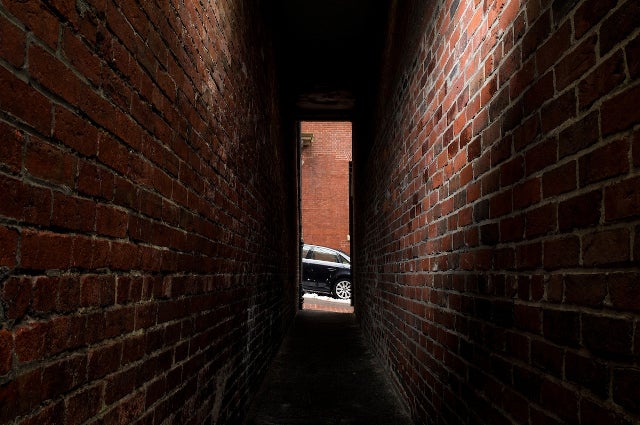 A view down an entrance to Holmes Alley in Beacon Hill. Photo: Alonso Nichols
Built in 1799, Holmes Alley once served as one of the many small and secret paths that Beacon Hill abolitionists used to smuggle self-emancipated and escaped slaves—men, women, and children—away from the danger of slave catchers. After the passage of the Fugitive Slave Act of 1850, which compelled citizens to assist in the capture of runaway slaves, the neighborhood became a site of tension and occasional violence during the search for people hiding in Beacon Hill homes. 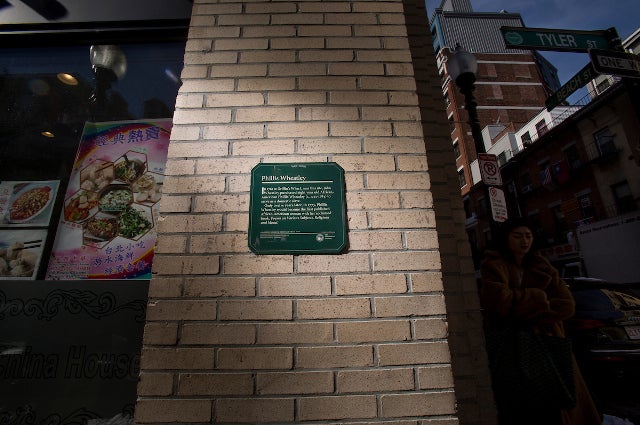 The plaque in remembrance of Phillis Wheatley. Photo: Alonso Nichols
In 1761, a seven- or eight-year-old girl kidnapped from what is now Senegal was purchased on Beach Street Wharf by Bostonian John Wheatley. He and his wife named the girl Phillis, after the ship that carried her from Africa. Phillis Wheatley learned to read and write from the household’s teenage children and, at age eleven, she wrote her first poem. By 1773, she had a book’s worth of them. The release of her Poems on Various Subjects, Religious and Moral made her the country’s first African American published poet.
Race