Why a Carbon Tax Makes Sense

We can pay for pollution now or later, argues a Tufts economist—and the price is lower now 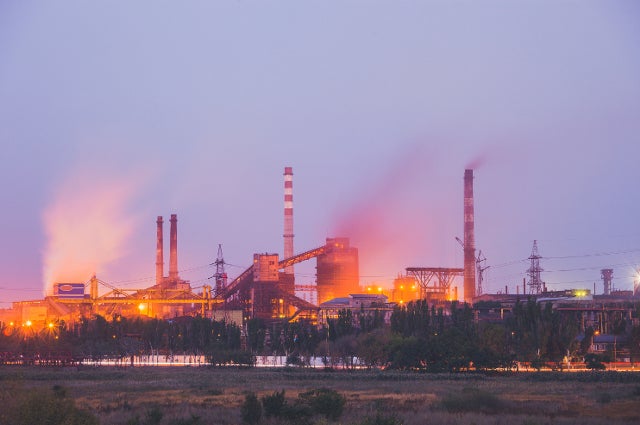 Every time we fill our gas tank, fire up the furnace, ride in an airplane, or use electricity generated by oil, coal, or natural gas, we are contributing to climate change worldwide.

That’s why we need to change our carbon-based economy to a green economy, says economist Gilbert Metcalf, the John DiBiaggio Professor of Citizenship and Public Service at Tufts. In his new book Paying for Pollution: Why a Carbon Tax Is Good for America (Oxford University Press), Metcalf details a path to make that happen.

The carbon tax that he proposes reflects the true long-term costs of different types of carbon-based energy sources, such as coal, natural gas, and oil. His proposal is that it be revenue neutral—meaning that the funds raised are returned to the economy through tax credits rather than paying for new government programs.

“Economists often talk about the ‘invisible hand,’ Adam Smith’s metaphor for how markets can guide societies to efficient decisions; a carbon tax ensures that the invisible hand has a green thumb,” said Metcalf.

To find out more, Tufts Now recently talked with Metcalf about the cost of not taxing carbon, who pays the biggest price, and the way forward.

Tufts Now: Your book is titled Paying for Pollution—can you talk about some of the ways we pay for pollution now by leaving it unfettered?

Gilbert Metcalf: Burning fossil fuels and resulting carbon dioxide emissions contribute to the greenhouse effect, which, in turn, leads to more extreme weather. People pay for our inaction through the damages they suffer. They can be widespread—such as the residents of Houston and surrounding Harris County discovered in the aftermath of Hurricane Harvey. The county was paralyzed by over forty inches of rain that put much of the area under more than a foot and a half of water. 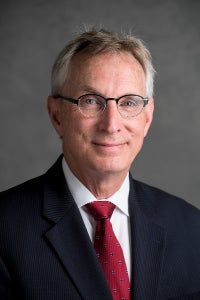 “A carbon tax would encourage users of coal—mainly electricity generators—to switch from high-carbon coal to lower-carbon natural gas or to wind, solar, or other zero-carbon sources,” said Gilbert Metcalf. “Many other greenhouse gases could also be taxed in a straightforward way.” Photo: Alonso Nichols
We can see the damages on a very local scale as well. My book documents the plight of a cranberry grower in southeastern Massachusetts. The 2016 extreme drought conditions in New England forced her to “dry harvest” her cranberry crop. A harvest that normally takes twenty minutes by flooding the fields took her three days, required expensive machines, and resulted in a loss of ten to fifteen percent of the crop.

Looking forward, a study by a prominent group of climate researchers and economists estimates that many U.S. counties—primarily in the South—could suffer damages from climate change that exceed 10 or even 20 percent of income if we don’t act to reduce our carbon pollution. More troubling, people in the poorest counties will suffer disproportionately from climate change.

Describe how a carbon tax would work—and who would pay most for it, consumers or producers?

A carbon tax raises the price of fossil fuels—coal, natural gas, and petroleum products—based on the carbon emissions of each fuel. The emissions per ton of coal, cubic foot of natural gas, or gallon of gasoline is a known quantity, so the tax can be set as a tax on each fuel source. Per unit of energy, coal has twice as much carbon as natural gas or petroleum.

A carbon tax would encourage users of coal—mainly electricity generators—to switch from high-carbon coal to lower-carbon natural gas or to wind, solar, or other zero-carbon sources. Many other greenhouse gases could also be taxed in a straightforward way.

We currently have federal excise taxes on gasoline and other transportation fuels, as well as on coal—for the Black Lung Disability Fund—so a carbon tax could easily piggyback on existing tax collection systems. This cuts the administrative and compliance costs significantly.

In general, the impact of taxes is felt through a combination of higher consumer prices—to the extent producers can pass a tax forward to consumers—and in lower wages and capital income—to the extent that the producer must absorb the tax. A carbon tax is no different. In the end, policymakers will care about who bears the burden of the tax. A study done by economists at the U.S. Department of Treasury shows that a carbon tax has a larger impact on higher-income households than on lower-income households—the tax is modestly progressive.

And where would the tax dollars go?

A $50 per ton carbon tax would collect roughly two trillion dollars over a ten-year period, according to the Treasury study. If the revenue were returned to U.S. households through the climate dividend idea of the Climate Leadership Council, the revenue neutral reform could be strikingly progressive. Using the revenue to fund tax cuts could also be progressive, depending on which taxes are cut.

Couldn’t a tax like this be a drag on the economy, taking financial assets out of what could otherwise be productive uses?

Every tax has a cost. The question is whether the benefit of the tax exceeds the cost. As I document in my book, the benefits of reducing our carbon pollution far exceed the cost of the tax. One 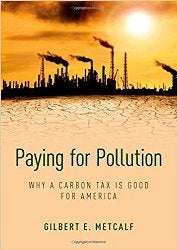 cost is slightly slower economic growth. But it is pretty miniscule. One study estimates that a carbon tax would delay the time it takes for per capita GDP to hit $80,000 (from today’s $55,000) by eighteen months—a little less than nineteen years versus seventeen years at current projected growth rates, hardly a devastating blow to the economy.

Is this in some sense forcing a market solution to the problem of carbon—as a tax raises the cost of carbon, the market will find ways to reduce carbon usage?

A carbon tax is an example of a “market-based mechanism” to control pollution. By raising the price of polluting goods, it guarantees that consumers make purchasing and investment decisions taking into account the full costs of their actions. Economists often talk about the “invisible hand,” Adam Smith’s metaphor for how markets can guide societies to efficient decisions; a carbon tax ensures that the invisible hand has a green thumb.

How much would a carbon tax go toward reducing carbon emissions in the U.S. to meet, say, goals in the Paris Climate Accord?

A carbon tax set at a modest rate to begin—say $40 a ton of carbon dioxide—would easily allow us to meet our commitment under the Paris Climate Accord. Moreover, we could eliminate some subsidies to clean energy—saving taxpayer dollars—and put a number of environmental regulations on hold in the process.

A $40 per ton carbon tax would have little impact on transportation initially—raising gasoline prices by $0.36 a gallon, or about 16 percent. Natural gas prices would rise by a little over $2 per thousand cubic feet—about 80 percent and coal prices would more than double. This means a carbon tax will have its most immediate impact by cutting our coal consumption dramatically and our natural gas consumption significantly. Households would cut their natural gas consumption by adding more insulation to their homes and gradually replacing their furnaces with higher efficiency furnaces.  Meanwhile more electricity would be produced from renewable sources than from natural gas.  As the carbon tax rate rises over time, transportation will gradually decarbonize, most likely through increased electrification of our cars and trucks.

Do other countries have carbon taxes? If so, what have been the results?

Twenty-seven carbon tax systems are in place at the national or sub-national level around the world. Sweden’s tax is the highest in the world with a rate approaching $130 per ton of carbon dioxide. Despite this high tax rate, Sweden’s economic growth rate has matched if not exceeded ours over the past twenty-five years. Meanwhile it has cut emissions by one-quarter while our emissions have barely budged, despite the various federal and state policies in place to subsidize clean energy or more fuel-efficient cars and trucks.

Closer to home, the Canadian province of British Columbia has a carbon tax. Its rate currently is C$35 per ton—about $26 in U.S. currency. Employment has grown in the province as new jobs in clean energy and low-carbon sectors have more than outpaced the loss of jobs in carbon intensive sectors.

Could states employ carbon taxes, even if the federal government didn’t?

Many states are considering implementing carbon taxes. Massachusetts has a number of proposals for a carbon tax or fee. Vermont is also considering it. It would be better to have a uniform tax at the federal level. Competition concerns are less of an issue at the federal than state level—it is easier to move a business across state borders than across national borders.  But just as we have state-level income taxes as well as a national income tax, we could have state-level carbon taxes. We could also price carbon pollution through a state-level cap-and-trade system as California has done. Their system currently puts a $15 per ton price on emissions.

Do you think Americans will ever have the political will—and consensus—to do something like this?

We face strong political challenges to putting strong climate policies in place. But increasingly, Republican legislators are acknowledging the need for action. The attraction of a carbon tax is that it is the least expensive way to reduce our carbon pollution. But it will take time to overcome the political resistance, and we’ll need creative approaches to addressing the transitional costs of moving to a zero-carbon economy. Bipartisan support will increase the likelihood of passage and enhance the durability of the policy.

One way to do that is to make the carbon tax reform revenue neutral. In other words, the revenue raised should be given back through lower taxes or cash rebates rather than spent on new programs. This avoids conflating climate policy with debates over the appropriate size of government.

Winston Churchill’s comment about Americans may be relevant here. Churchill said that Americans will always do the right thing—after they’ve tried everything else.  We’ve tried lots of policies to reduce our carbon emissions.  Now’s the time to listen to the thousands of economists who support a cost-effective carbon tax.