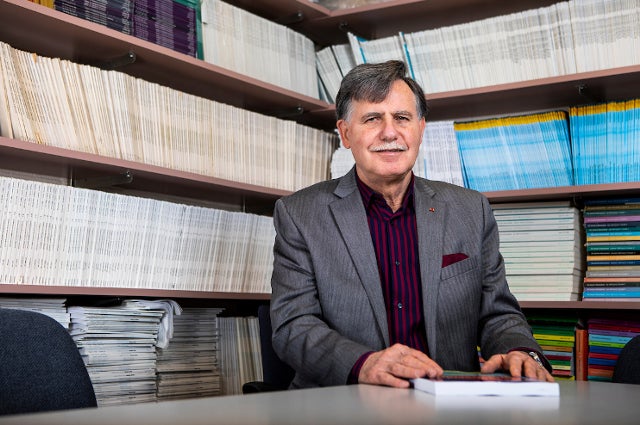 When people undergo stress, some turn to alcohol or other drugs to help them cope. Most of us, certainly, have had the experience of cracking open a beer to relax at the end of a tough day. But in cases of extreme or long-term emotional strain, some people can develop an addiction to drugs or alcohol, which can lead to a whole host of negative health effects and social problems.

For decades, neuroscientist Klaus Miczek has explored this thorny association, peering inside the brain to understand why social stress causes some people—but not others—to become unhealthily dependent on chemical substances.

“You would like to learn who is most vulnerable and who is resilient,” said Miczek, Moses Hunt Professor of Psychology and Neuroscience in the School of Arts and Sciences.

Understanding these mechanisms in the brain could lead to creation of a diagnostic tool for doctors to identify those most at risk for stress-induced drug-taking. Ultimately, it could also lead to finding targets for therapeutic drugs to break the connection between stress and drug use.

“The question is whether you can therapeutically protect or reverse these neuroadaptations produced by the social stress experience,” Miczek said.

He has been looking at the association between stress and drug dependence since he first arrived at Tufts from Germany via the University of Chicago and Carnegie-Mellon University forty years ago. Early on, he discovered that exposing animals to even small or occasional amounts of stress increased their drug taking—a result that was consistent across species, including mice, rats, and monkeys.

“Only a few seconds of exposure to social stress creates behavioral changes that last for many weeks and months,” said Miczek, who is also a co-director of the Circuits and Behavior Core of the School of Medicine’s Center for Neuroscience Research.

In the 1990s, he and colleagues made a curious discovery about the potential cause of these changes in the brain—social stress increased the action of dopamine, a neurotransmitter more commonly associated with pleasure and enjoyment.

“For many years, dopamine has been thought to be associated with the reward system in the brain,” Miczek said. “Here, we found exactly the opposite—that intensely aversive experiences also cause dopamine synthesis, activation, and release.”

As they pursued this seeming contradiction, the researchers eventually determined there are different kinds of dopamine systems in the brain, some of which have to do with pleasurable experiences, while others are tied to more negative ones.

They began homing in on the interactions between dopamine and neuropeptides—brain proteins—outside the hypothalamus and pituitary and adrenal glands, the structures in the brain usually associated with dopamine.

In particular, they have explored the function of one neuropeptide called corticotropin releasing factor (CRF), a stress hormone that may hold the key to understanding what causes animals—and humans—to develop a harmful dependence on drugs.

In order to expose animals to stress under the controlled conditions of the laboratory, Miczek and colleagues usually create a confrontation between an aggressive and non-aggressive animal.

“These are very common reactions that animals show in the wild—they fight for territory or dominance or protecting their offspring,” Miczek said. In the most sophisticated models, they don’t even expose the animals directly to one another, but just create the idea of a confrontation by putting them in close proximity, separated by a barrier.

After exposing the animals to social stress, the researchers then allow the animals to self-administer drugs, either drinking a solution containing alcohol or injecting themselves with cocaine. For the latter, Miczek outfits mice or rats with an intravenous catheter connected to a syringe pump. “They have total control over when they administer pulses of drug solution,” he said.

In these controlled conditions, researchers have observed marked differences in the way that animals use alcohol and cocaine in response to stress. Alcohol ingestion seems to increase most in response to repeated episodes of social stress. “It is most striking when the social stress is intermittent,” Miczek said.

In those cases, they escalate their drinking, varying according to the day, over the course of several months. Cocaine use and relapse increase in response to sudden, acute bouts of social stress.

In both cases, however, the brain mechanism follows a similar pattern, with bouts of stress sparking a cascade of stress hormones in the brain, including CRF, that in turn triggers specific dopamine neurons and spurs an increase in craving for and consumption of alcohol and cocaine. 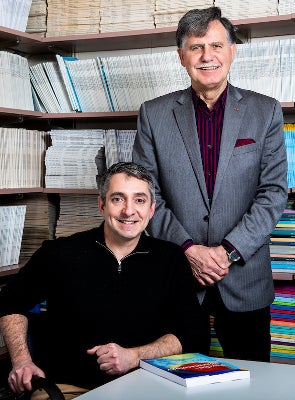 The problem, however, is that the drugs that he has been using to block the CRF receptors have a host of negative side effects, disrupting other hormones in the body released by the thyroid, testes, and adrenal glands and wreaking havoc on the body’s equilibrium. “Many of these drugs are experimental drugs that are not really useful in the clinic as of yet, because of these unacceptable side-effect profiles,” Miczek said.

Together with Covington, Miczek is currently working to study other ways using genetic interventions to target the CRF system in parts of the brain associated with the stress-activated dopamine system, while leaving other parts of the brain untouched.

Recently, he has found success with one compound so experimental it doesn’t yet have a name—just a number—that seems to provide that kind of selectivity. However, it has the disadvantage of being short-acting. “That’s not very useful,” Miczek said. “No one wants to take a drug every few hours.”

In the meantime, he and his colleagues are continuing to explore the interaction between stress and drug dependence. One new area of exploration is examining how female animals are affected differently than males. “Sadly, I have to say there has been quite a bit of negligence in studying females,” said Miczek. “This has only recently been corrected.”

Experiments by a graduate student in Miczek’s lab, Emily Newman, have found that female mice actually exhibit a much higher social-stress effect, causing them to drink more alcohol. At the same time, they don’t respond as well to the CRF manipulation that works so well with male mice, implying that different drugs may need to be developed for men and women dealing with stress-induced drug use.

While Miczek has so far confined his experiments to other species, he hopes that one day they may be able to use similar techniques to develop medication to tackle drug addiction in humans.

“The goal is to make sure that what we study in the laboratory can be translated from the rodent model to the human condition,” he said. “Ideally, we would like to discover a discrete, specific mechanism for how stress amplifies and intensifies drug-taking, and how this could be reversed.”

One day, instead of cracking open a beer—or worse—people might be able to take a pill that would take away their craving for potentially harmful drugs and allow them to develop better ways to cope with stress.

“In my wildest dreams,” said Miczek, “I would like to see a molecule developed that interferes in the cascade of events and reverses the stress effect and prevents increased drug-taking.”