Another worrying thing to keep you up at night: new study finds connection between lack of rest and atherosclerosis 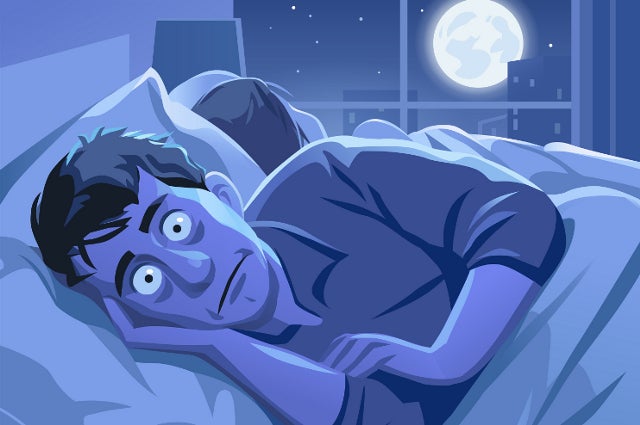 If you’ve spoken with your doctor about protecting your heart health, you likely received advice about eating well and starting an exercise routine. But a recent study suggests there’s another way to help: get a good night’s sleep.

Previous research has suggested a link between poor sleep and health problems like high blood pressure, diabetes, and stroke. Detecting the link between sleep and those diseases, though, has been complicated by the fact that most studies are retrospective—they ask patients who are already diagnosed with a disease to report their sleep habits, so the results are susceptible to errors in memory.

This is especially problematic since people routinely report sleeping more than they actually do, and cannot reliably report their sleep quality.

The new study, published in the Journal of the American College of Cardiology, remedied that shortcoming by recruiting only clinically healthy participants. They wore sensors that measured how long they slept and how many times they moved or woke up during the night.

The researchers then examined each patient for early signs of cardiovascular disease, performing 3D ultrasounds to measure the amount of harmful plaque buildup in the arteries—called atherosclerosis—they had in their necks and thighs. Atherosclerosis is an early marker for heart disease and a risk factor for heart attacks, and measuring it in multiple sites can help to detect it early.

The researchers found that the participants who slept the least also had the most plaque in their arteries. This was true even when other risk factors like obesity, smoking, and medical history were taken into account.

José Ordovás, director of the Nutrition and Genomics Lab at the Jean Mayer USDA Human Nutrition Research Center on Aging at Tufts and one of the study’s senior authors, said that this research “provides new approaches to identify people at risk before its clinical manifestation and before it is detected by current clinical tests.”

The finding is cause for concern, because most of us aren’t getting enough sleep. In the study, which included 3,974 participants, 65 percent of people were categorized has having a “short sleep duration” or a “very short sleep duration.”

“Lack of sleep is the elephant in the room,” said Ordovás, who is also a professor at the Friedman School. “It is there, but most people don’t talk about it, even though most people suffer from it and every year it grows in larger proportions.”

This was the first study to use objective sleep measurements and advanced imaging techniques to look for a link between sleep and atherosclerosis in healthy patients without sleep disorders like apnea; the researchers hope that more work like it may lead to better preventative care.

The same participants will be measured again over a period of years, and the long-term data will help researchers to understand how atherosclerosis progresses over time and better understand the risk factors for heart disease.