Giving Voice to the Body 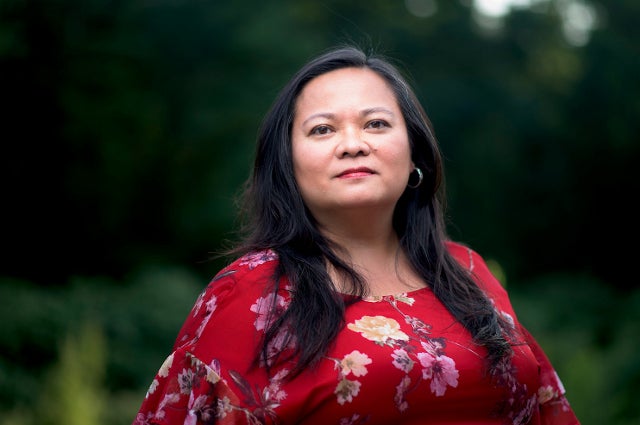 Grace Talusan’s return to the Philippines, documented in the opening chapters of her new award-winning memoir The Body Papers (Restless Books), doesn’t feel like a homecoming.

Arriving in Manila for a six-month stay in the country of her birth, Talusan, J94, finds that cars won’t stop when she steps into the road, almost running her over. Her limited Tagalog and American accent, her clothes and life choices, and even the way she stands spark constant questions. A housecleaner asks “what kind of a Filipino” she is.

“People don’t know what to make of me,” writes Talusan, who taught in the Tufts English department for the past seventeen years. This fall she will be the Brandeis College Fannie Hurst Writer-in-Residence, and will also continue to work with students in the Jonathan M. Tisch College of Civic Life.

In the Philippines, Talusan is determined to adapt—she’s in Manila on not just a Fulbright Scholarship, but a personal mission. “I’ve returned to the place where I was born because I’ve always had the feeling that I was missing something, like the insistent ache of a phantom limb,” she writes. 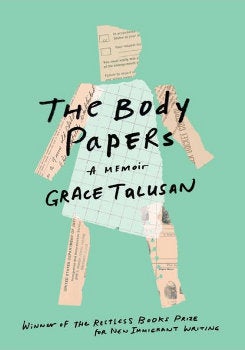 Deeply felt alienation is a constant theme in The Body Papers, which as an unpublished manuscript won the 2017 Restless Books Prize for New Immigrant Writing and will be celebrated with a book launch reception featuring Filipino food and live music on Sunday, March 31, 1-3 p.m. at Curtis Hall on the Tufts Medford/Somerville campus. (See Talusan’s full book tour schedule here, with readings from California to Washington, D.C.)

“I know plenty of people who feel entitled to be in certain spaces. I never felt that way at all,” said Talusan, a GrubStreet Writing Center instructor, Women’s National Book Association Dorothy O’Connor Award winner, and fiction writer who has shifted to nonfiction since starting the essays that became this memoir. “It’s astonishing to me, the idea of going through the world, feeling you could be in any space. I constantly feel that I don’t belong, and I have to figure out how to get along.”

The Body Papers weaves Talusan’s twenty-one essays with legal, medical, and personal documents and images, along with stunning photographs by her husband Alonso Nichols from their stay in the Philippines. From her childhood struggling to fit in with her American friends, fearing deportation, and suffering years of sexual abuse at the hands of her grandfather, to her adulthood wrestling with depression, undergoing a preventative double mastectomy and oophorectomy (removal of the ovaries) and losing her dream of being a mother, Talusan’s story is one of denials, distortions, and violations of the self—which often manifest in the body.

Rejecting the Filipino food her mother cooks because her friends might find it gross, Talusan’s mouth waters and her stomach growls. Concealing her grandfather’s abuse, she awakens “a puffy pink monster,” covered in hives. Experiencing depression, she stabs phone books: “I needed to plunge the blade into something substantive to keep myself from turning on my own body.” After her mastectomy, she cries at the sight of her chest, now resembling “a pair of seamed socks pulled over closed fists, or two tight mouths with lips wrapped around teeth.”

“If we can’t say something, our body’s going to express it. We tend to override our bodies, but we need to listen to them more because they do tell us what we need,” Talusan said. The Body Papers is a way of opening that line of communication—particularly about her grandfather’s abuse. She’s nervous about sharing such personal experiences for the first time, and she’s quick to emphasize that all memoirs are one person’s take on events, but the story needed to be told, she said.

“I’ve been writing about it in different ways since high school. I really wanted to tell it in a way that gave it time to unfold,” said Talusan, who strove to neither write off her grandfather nor justify his actions, but to understand his story. “Now that it’s found its place in my book and it’s in the form I want it to be, I don’t want to write about it anymore—I can let it go.”

Staying dry-eyed while following this letting-go is hard. Some of the toughest moments: Talusan’s unsentimental father whispering “I love you” and “thank you” to the family dog, Sashi, before she’s put to sleep; Talusan losing an amount of weight she equates to a second-grade child, then gaining it back “so that I could carry the second grader around to protect her, to give her an adult to hold on to;” Talusan reading Cook’s Illustrated: Cooking for Two while recovering from her oophorectomy, paging through “recipes about how to use half-tomatoes and quarter-onions, partial cans of chicken broth and small cartons of cream until I was rubbing my tears off the pages.”

But for every moment of grief, there are moments of hilarity, joy, and—yes—grace: Talusan’s parents switching seats while driving, to the applause of their five children; Talusan embracing the love of her nieces and nephews; Talusan’s relatives playing a game of Filipino cuisine called “Will the American eat it?” with Nichols, her husband (“He does,” she writes.) The memoir closes with Talusan and Nichols mulling the idea of a life in the Philippines, and Talusan thanking her father for the first time for bringing their family to America. “I’m not saying that I would have had a bad life in the Philippines,” she tells him. “Just a different one.”

Talusan realized something during her visit there. “Yes, they’re my people, but I’m so American. They spotted me in a second,” she said. “There’s this embodiment, this way of speaking and holding myself. I’m American—whatever that means.”

The Body Papers helped her come to a kind of peace with who she is, Talusan said—and although it began as a conversation with herself, she hopes it will pave the way for many conversations to come. “If we want books like this to exist, if we want more diverse literature, we have to show that there’s a need,” Talusan said. “What I’m doing here is hopefully going to open the door for someone else.”

Grace Talusan reads from her book at Porter Square Books in Cambridge, Massachusetts, on Wednesday, April 3 at 7 p.m.