Julia Prusaczyk, E18, jumped from studying chemical engineering to being a baseball development analyst for the St. Louis Cardinals

As an undergraduate, Julia Prusaczyk, E18, focused on her studies as a chemical engineering major. On something of a lark, she took a course on baseball statistics. A longtime baseball fan, it turned out to be a good fit. She studied up on sabermetrics—the analytics side of the game that takes its name from the Society for American Baseball Research—and it became her passion.

Straight out of college, she was hired by the St. Louis Cardinals to work as a baseball development analyst in their front office—joining a small but growing number of women blazing a trail in Major League Baseball operations.

Tufts Now recently talked with Prusaczyk about her path to the big leagues—and how she plans to celebrate the Cardinals’ home opener on April 5.

Tufts Now: Have you always been into baseball?

Julia Prusaczyk: I come from a family of baseball fans—New York Mets fans in particular. I have fond memories of going to a few games a year as a kid, and I went to Red Sox games very often during my time at Tufts. I grew up playing softball, and always enjoyed being around the sport.

How did you decide you wanted to work in baseball? 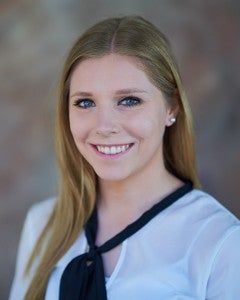 “As a chemical engineering major, I already knew I loved numbers; I never knew two of my biggest interests could work so well together,” said Julia Prusaczyk.
It all started when I took the Baseball Analytics Ex College class at Tufts, then joined a club called BAT—short for Baseball Analysis at Tufts. With BAT, I was able to work on projects such as tech reviews for baseball technology companies. We also received funding to send a group to a case competition at Columbia University, where we received an open-ended sabermetrics prompt that we had four days to complete. We competed against other college teams, who also presented their findings to a panel of MLB team representatives. Opportunities like these made me realize how much I wanted to work in baseball.

How did you get involved in sabermetrics?

I really got involved with sabermetrics when I took the Baseball Analytics class. I grew up a baseball fan, so it seemed interesting—and I needed an elective. I never expected such a trivial choice would make such an impact. As a chemical engineering major, I already knew I loved numbers; I never knew two of my biggest interests could work so well together.

I presented my final project at a sabermetrics conference later that year, and continued to perform independent research afterward. The two course instructors, Matt Yaspan [A16, EG17] and Morris Greenberg [A16] helped guide me through various projects and have been incredible mentors.

What do you do every day at work?

Our days vary depending on the needs of the organization, and our priorities shift during the year. We have different needs for spring training, the draft, and the postseason, just to name a few. My group, Baseball Development, does things like update player stats and information, create new features and visualizations for our internal website, and create reports for our players and coaches.

What’s your favorite thing about your job?

I love almost everything about my job, but I take a lot of pride in knowing that I have made an impact on the team I see on the field every day.

Do you celebrate Opening Day?

St. Louis has one of the best Opening Day ceremonies in the country. The Budweiser Clydesdales parade around the warning track, followed by members of the Cardinals Hall of Fame in Ford Mustangs. The St. Louis Cardinals organization is one with a rich history that’s celebrated every day, but it is especially evident on Opening Day.

I’ve always been a fan of Paul Goldschmidt, our first baseman. He’s an incredibly talented player and an even better person. He has a lot to offer any team, both on and off the field. Teammates and coaches love working with him.

Busch Stadium is my home now, but I’ll always love going to games at Fenway Park.

If there was an MLB front-office All Star Team, who would you choose?

How about an All Tufts Team? We have alumni all over the league. Just to name a few: Ethan Bein, A17 (Milwaukee Brewers), Alex Merberg, A15 (Cleveland Indians), Mike DeBartolo, A06 (Washington Nationals), Peter Bendix, A08 (Tampa Bay Rays), Jeremy Greenhouse, A11 (Chicago Cubs), and Matt McGrath, A11 (Los Angeles Dodgers).