Could not retrieve the oEmbed resource.
University News

Cribb’s background as an innovative educator, researcher, and medical professional with expertise in both animal and human health makes him uniquely qualified to lead Cummings, recognized worldwide for its impact on the practice of veterinary medicine and research at the intersection of animal, human, and ecosystem health.

“We are delighted and fortunate to appoint Dr. Cribb as Cummings School’s fifth dean,” said Deborah T. Kochevar, the university’s provost and senior vice president ad interim who previously served as Cummings School dean. “His multifaceted and wide-reaching background is particularly well suited to advancing the school’s leadership in the realm of One Health—the concept of optimizing the health of humans, animals, and the environment through an innovative and integrative interdisciplinary approach to education, research, and practice.”

“I am particularly excited to join Cummings School of Veterinary Medicine and Tufts University.  The opportunities for veterinary education, research and clinical service that support the regional and global communities are outstanding,” said Cribb.

Tufts University President Anthony P. Monaco called Cribb’s appointment important both for the university and the region as a whole. “Cummings School is the only veterinary school in New England and a vital resource for the Commonwealth of Massachusetts, educating highly-skilled veterinarians and professionals who go on to make significant contributions to our communities,” said Monaco. “The school also serves as a catalyst for the life science and biomedical research industries and has incubated more than two dozen life sciences companies. With his multidisciplinary background, Dr. Cribb is an ideal choice to advance the school’s priorities and extend its impact as a force for good in the world.” 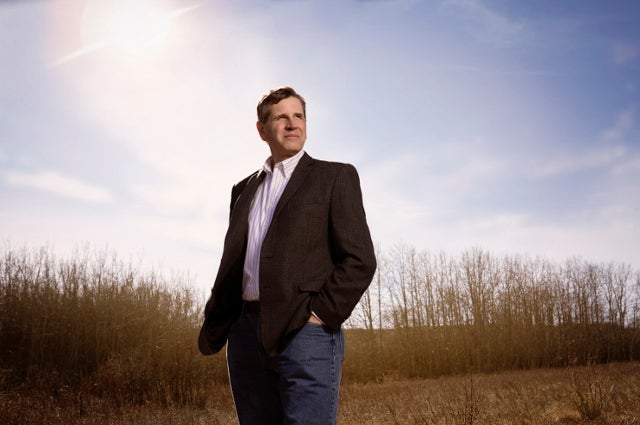 Cribb was named founding dean of University of Calgary Faculty of Veterinary Medicine (UCVM) in 2006 and was reappointed to a second five-year term in 2011. Under his leadership, UCVM grew from a small start-up working out of a few offices to a dynamic program with approximately 75 faculty, 100 staff, and 250 students working across two campuses and in the community.

Prior to his role at UCVM, Cribb was a Medical Research Council New Investigator and a Canada Research Chair in Comparative Pharmacology and Toxicology at Atlantic Veterinary College. He was recognized by Canada’s Top 40 Under 40, an awards program that identifies visionaries and innovators in Canadian business, and was named to the Canadian Academy of Health Sciences for his accomplishments, including establishing the PEI Health Research Institute and serving on the task force that led to the Canadian Institutes of Health Research (CIHR). He served on the inaugural CIHR Governing Council for five years.

Cribb completed his Doctor of Veterinary Medicine degree at Western College of Veterinary Medicine. Following an internship and two years in rural community practice, he obtained his Ph.D. in pharmacogenetics at the Hospital for Sick Children, University of Toronto. After completing a postdoctoral fellowship at Dalhousie University, he spent four years in drug safety assessment with Merck & Co.  He spent ten years at the Atlantic Veterinary College before moving to Calgary.

His primary research interests are in comparative clinical pharmacology, comparative molecular toxicology, and comparative pharmacogenetics, having contributed more than 80 publications on these topics. His goal is to further our understanding of individual and species differences in response to drug administration in both humans and animals.

Cribb will succeed Joyce S. Knoll, who has served as dean ad interim since Kochevar left to assume the position of provost and senior vice president ad interim of Tufts University in 2018.

A Conversation with the New Cummings School Dean

Veterinary Medicine During a Global Pandemic