With human rights under threat, Fletcher’s Hurst Hannum advocates a focus on the essentials to achieve more progress 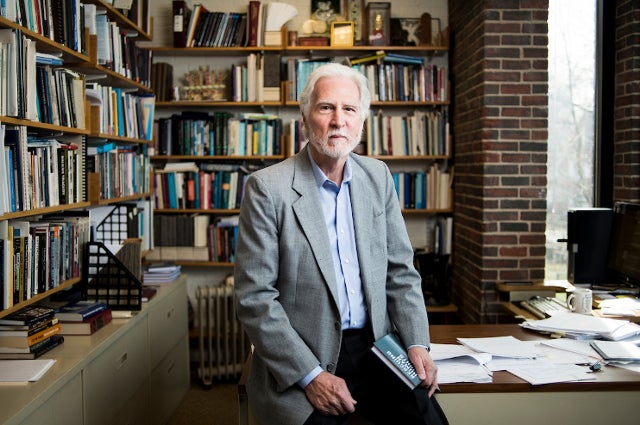 Years ago, Hurst Hannum was working with an American indigenous rights lawyer who was advocating recognition of his people’s human rights by the United Nations. At one point, the colleague turned to Hannum “and said, only half-jokingly, that ‘at least they are not killing us now.’”

That may not sound like much progress. But for Hannum, it was a telling statement about the pace of change. Indigenous people around the world have been ignored and mistreated for centuries, but in the past several decades their rights have been better protected than ever before. Much remains to be done, he said, but the point is “that human rights successes come gradually and are fully realized only when governments accept responsibility for their people’s rights and welfare.”

Now Hannum, a Fletcher School professor of international law, has written a new book that suggests much the same. Rescuing Human Rights: A Radically Moderate Approach (Cambridge University Press) is Hannum’s argument for bringing human rights back to the center of law and politics, while at the same time trying to define their role more carefully.

Too often, he says, human rights are linked to just about everything, from punishing international crimes to seeking redress for nefarious corporate behavior and environmental degradation. “Human rights have come to mean almost anything to anyone,” Hannum said. “If something means everything, it means nothing. What we risk losing is a much narrower but more universal approach, focusing on the basic rights—civil, political, economic, social, and cultural—that government should be responsible for.” 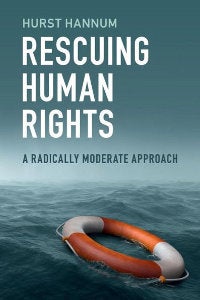 After World War II, the victors led efforts to enshrine those concepts in the United Nations Universal Declaration of Human Rights, which sets forth as “a common standard of achievement” the responsibilities of governments to their citizens. While these rights may be most important for a country’s minorities and marginalized people, “the revolutionary contribution of the Universal Declaration was to proclaim that all people in every country should enjoy the same minimum standard of rights,” Hannum said.

This goal undermined the traditional understanding of sovereignty, which historically had not permitted interference in the way a state treated its own citizens. Today, however, every country in the world has ratified at least one human rights treaty, and most have ratified a half-dozen or more. Hannum, who has advised organizations such as the UN High Commission for Human Rights and has served as legal counsel before European, inter-American, and UN human rights bodies, is aware that implementation leaves much to be desired, but said that “continued emphasis on ensuring those rights that a country has already recognized is most likely to be the best way forward.” 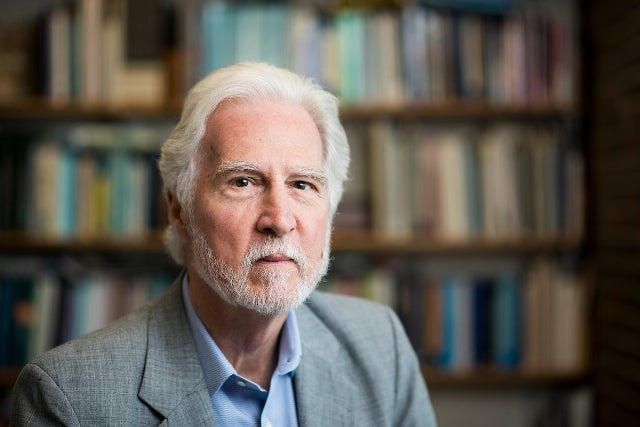 “Human rights are significant and should be significant,” Hurst Hannum said, “but we have to be smart about how we go about achieving them.” Photo: Alonso Nichols
Led by indigenous lawyers and activists, with some assistance from outside lawyers like Hannum, the UN General Assembly “was eventually persuaded,” Hannum said, to adopt the UN Declaration on the Rights of Indigenous Peoples in 2007. Separate efforts by other categories of people who were threatened or discriminated against—such as racial minorities, women, children, and the disabled—succeeded in having treaties adopted by the UN that have since been widely ratified.

The result, Hannum said, is that people the world over are demanding better treatment from their governments. “While the contemporary world may seem bleak, apartheid is gone, authoritarian regimes have largely disappeared from eastern Europe and Latin America, and rights are more widely respected in countries as different as South Korea, Nepal, Tunisia, Taiwan, and Mongolia,” he said. “Many of these changes can be attributed at least in part to greater awareness of and demands for human rights, even though progress is often slow and difficult.”

Democracy Is Not the Same as Human Rights

Beginning with the Carter administration in the late 1970s, human rights became a focal point for U.S. foreign policy, “although they were never the only or most important factor in determining policy,” Hannum said. Since the Clinton presidency, the U.S. has focused increasingly on promoting democracy, not human rights per se. Hannum thinks that’s a mistake.

“Obviously, democracy and human rights are related—all of the things that go into making a democracy are human rights,” he said. “But since the end of the Cold War, we’ve been pushing democracy as the solution to all problems, and it turns out that it’s not.”

Unrealistic expectations of what democracy or a free-market economy can achieve “may help to explain the recent success of nationalists and populists, who often define democracy simply as elections, ignoring the essential human rights components of freedom of assembly, association, and expression that give such elections legitimacy,” Hannum said.

He also takes aim at human rights advocates who claim more for human rights than they can deliver—especially those who “confuse human rights with outsiders intervening in all sorts of way to fix other countries,” he said. “Human rights are about persuading governments to institute reforms within their own countries, not about imposing them from the outside.”

While he fully understands the desire to expand human rights efforts to deal more directly with contemporary problems, “we can achieve more if the goals are modest,” Hannum said. Of course, he knows that “Let’s try to achieve moderate success!” is not going to be a popular rallying cry, but he argues that such an approach seems radical these days “only because it seeks to retain the consensus and universality on which human rights are based.”

“Human rights are significant and should be significant,” he said, “but we have to be smart about how we go about achieving them.”