We Need to Talk Diversity

Tufts students, faculty, and staff are invited to a May 20 program aimed at bridging differences 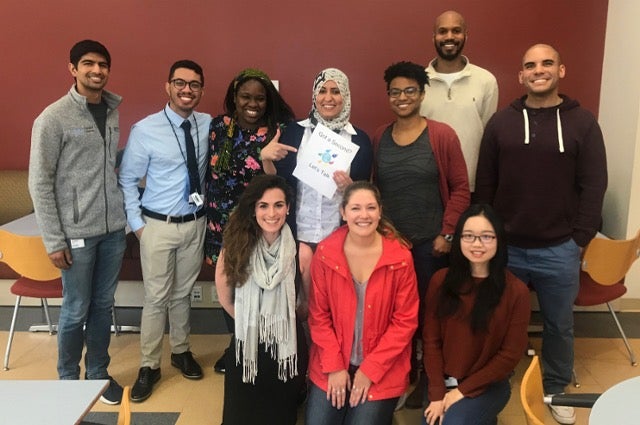 Tufts gets more diverse each year. That gives us a lot to talk about.

On May 20, students, faculty, and staff are invited to come together for “Let’s Talk: Diversity, Inclusion, and Engagement,” an event to help learn how to have better conversations, collaborations, and relationships despite—or even because of—our differences.

The three-hour program, a part of Tufts’ Bridging Differences Initiative, will include a keynote presentation on choosing words that value diversity by Allyson Livingstone, director of diversity, equity, and inclusion training and development at Brandeis University. Following the keynote, students will lead breakout discussion sessions exploring race and ethnicity, religion and spirituality in the workplace, ESL students in the university classroom, and sexual orientation and gender identity in the workplace.

The event will also mark the roll-out of the Diversity Inclusion Virtual Training Center (DIVICE) website, which will provide articles, videos, and other resources to help people examine their own thoughts, behaviors, and experiences around diversity.

Let’s Talk was created by Najla Fiaturi, an assistant professor in the School of Medicine’s Department of Medical Education, and Matthew Gooden, a first-year graduate student in the Master of Science in Biomedical Sciences program. More than a dozen students are helping run the event.

Fiaturi was a pediatrician in her native Libya before coming to Tufts in 2008 to study pharmacology and experimental therapeutics as a doctoral student at the Sackler School of Graduate Biomedical Sciences. As a Muslim and a non-native English speaker, she knows firsthand the difficulties of succeeding as a minority in higher education. When she first came to Tufts, she was so self-conscious about her accent that she rarely spoke in class, something she sees happen to almost all international students. “When I joined a lab, I realized that the stuff they cared about was my science, not my language,” she said.

In 2017, she founded the Tufts Program for Mentoring International Students, an ongoing program that helps scholars from other nations demystify the cultures of the United States, its research enterprises, and its academic institutions.

Let’s Talk is much broader in scope. Fiaturi hopes the Let’s Talk event will provide a safe, non-judgmental space where people of all backgrounds—not just those who identify as minorities—can discuss their thoughts and beliefs. In the past, Tufts groups have organized plenty of opportunities for minority students to come together to talk. “The point is we need them to be heard by the majority,” Fiaturi said. “It is a two-way education.”

One goal of the program is to increase awareness of everyday interactions that may impact students as future professionals. When Fiaturi thinks back to her first weeks at Tufts as an international student, she remembers it as rife with cultural barriers. But then an administrator, knowing Fiaturi was Muslim, asked her if she would like a designated place to do her daily prayers, complete with a “do not disturb” sign. “You cannot imagine how that simple act made a difference for me,” Fiaturi said.