With up to one million species on the brink of disappearing in the coming decades, what can we do? 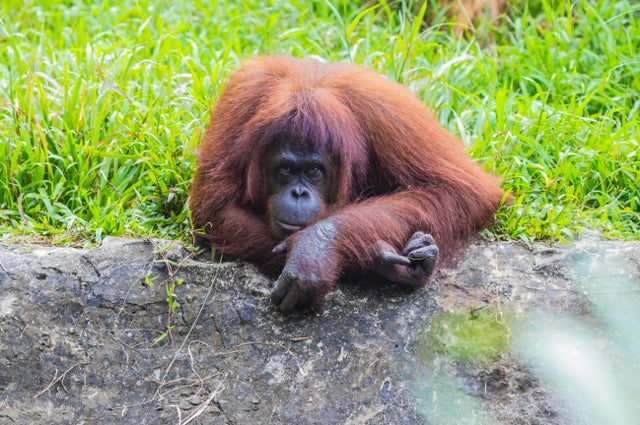 A recent landmark United Nations report delivered an alarming assessment of the fate of animal life and biodiversity on Earth. According to the authors—145 experts from fifty countries—up to 1 million species are threatened with extinction, many within decades. They report how natural habitats are declining in rates “unprecedented in human history,” as species extinction is accelerating “with grave impacts on people around the world now likely.”

“The health of ecosystems on which we and all other species depend is deteriorating more rapidly than ever,” said Sir Robert Watson, chair of the United Nations Intergovernmental Science-Policy Platform on Biodiversity and Ecosystem Services (IPBES), which issued the report. “We are eroding the very foundations of our economies, livelihoods, food security, health and quality of life worldwide.”

Tufts Now reached out to Michael Reed, a professor of avian ecology and conservation biology, for his perspective on the report. His research has focused on identifying characteristics of species that put them at risk from human-caused threats; he is particularly interested in the effects of habitat loss and fragmentation on extinction risk and population viability. He has also studied the impact of grazing, logging, and suburban sprawl on biodiversity.

Tufts Now: The report documents trend lines that reveal how unrelenting human activity is accelerating biodiversity loss. As a biologist, is that loss playing out as you thought it would?

Michael Reed: I would agree that the rate of extinction is accelerating due to human activity. That is because often the impact of human activity isn’t linear. If I destroy or disrupt a habitat by 10 percent, perhaps the animals can pack in a little more. If I disrupt another 10 percent, they’ll pack in a little more again. But at some point, I will cross a threshold after which they can no longer adapt and survive. After that point, there will be a sudden and rapid decline, and in many cases, extinction. There is no further chance for survival, because they no longer have the minimum amount of habitat they need to reproduce and survive.

Humans have pushed millions of species past that threshold of tolerance to the point where we now see unprecedented decline in biodiversity. 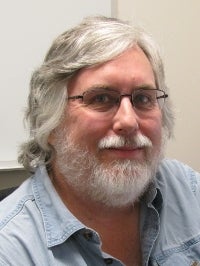 “Part of the problem with our relationship to nature is that people don’t see things that change slowly,” said Michael Reed. “If you walked outside one day and all the trees were gone, you’d notice. But if Norway maple trees start infiltrating and crowding out native species, you might not notice that for decades.”
To have a global acceleration of extinction means we’re crossing thresholds all around the world. It’s why we’re entering this phase called the Sixth mass extinction, or the Anthropocene extinction. The rate at which extinction would naturally occur is about one to five species per year. We’re now losing species at 1,000 to 10,000 times that background rate, which is scary.

The report estimates that dozens of species are going extinct every day, with as many as 30 to 50 percent of all species going extinct by 2050. Why is it important to protect planetary biodiversity?

Biodiversity is important for a lot of reasons. For one, it provides the raw resources that humans use to survive, from breeding new plants to finding new drugs. Mostly, we need biodiversity to sustain ecosystem systems; forests are essential to help clean the air, because trees are really good at carbon sequestration.

But I think biodiversity is also just good for human well-being. It makes you feel better about the world when nature is there, when you can see it and enjoy it. Some people only make economic arguments for biodiversity, and in the past ten years those arguments seem to have gotten very popular. But you don’t want people to start thinking that is the only value nature and other species have. I may never see a rhino in my life, but I value that they exist.

More than 40 percent of amphibian species are at risk, according to the report. In your work, you’ve already documented the impacts of industrial forestry practices on amphibian biodiversity, including how salamanders persist—or don’t—in areas fragmented by suburban sprawl. What makes amphibians so vulnerable?

Amphibians are highly vulnerable because they’re habitat specialists. They depend on water—clean water—and without that, they are great risk of extinction. In addition to habitat loss and pollution, population declines and extinctions are linked to a widespread fungus called the chytrid fungus, which infects the skin of amphibians. It was found to be present in amphibians native to wetlands in Africa, but those amphibians are resistant to it. But it spread around the globe as people sold these amphibians as pets. So, while habitat loss is still the biggest threat for amphibians, this pathogen is a really big problem. 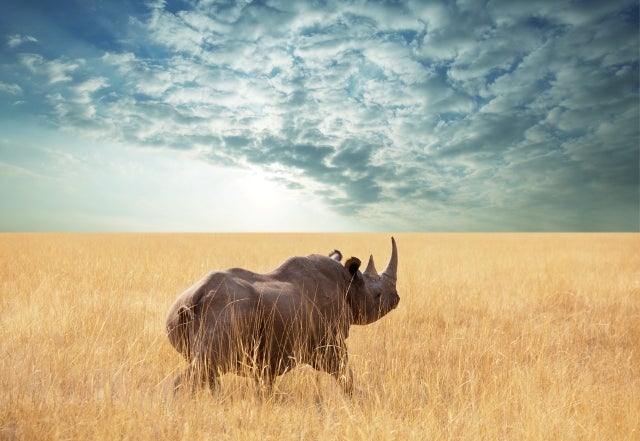 “I may never see a rhino in my life, but I value that they exist,” said Michael Reed. Several species of rhinoceros are among the most endangered species on Earth. Photo: Ingimage

For some people, species loss might seem remote—happening in a far-off wilderness areas. But it’s happening all around us, isn’t it? What’s at stake when we take over open spaces like fields, and turn them into condo developments or shopping malls?

Old fields, pastures, and grasslands in New England are rapidly disappearing. With widespread suburban and rural growth, we’re losing those open spaces, and we’re also losing the plants that sustain a very diverse populations of species. We’re losing milkweeds, which is contributing to fewer and fewer monarch butterflies. We’re seeing a decline in fireflies—that’s habitat related, and also due to the fact that we spray for mosquitos. You can’t spray for just mosquitos. Also, if you are a grassland bird, grasslands covered with solar panels are as bad as paving them over for a parking lot: you’ve still lost your habitat.

The report also states that the distributions of almost a quarter of threatened birds may already have been negatively affected by climate change.

Habitat loss is to me the biggest problem, but climate change is close behind; it’s altering all sorts of habitats. One of the things that might be hard to think about is that climate change alters phenology, the timing of cycles in nature. You’ve got birds that eat caterpillars and caterpillars that eat leaves. Leaves come out when it gets warm. If the weather gets warm earlier, the caterpillars come out earlier. But birds migrating annually from Argentina don’t know to come back earlier. They come back and they have missed the peak for caterpillars, their food source. There’s a disconnect between the two cycles.

There are some birds that migrate to northern latitudes that want to show up just as the ice recedes, because that is when you get the first flush of plant growth, which causes a flush of insects. But if the plant growth happens earlier than normal, they miss the flush of insects. So there are direct impacts of climate change and then there are these cascading impacts on survival.

Do you see anything new in the IPBES report?

I’m glad the report is getting attention, because people need to know about extinction risk, but I didn’t see anything in the report that people haven’t been yelling about for years. I wonder if it is mostly preaching to the choir. If you are someone for whom this is not important on a daily basis, does this report affect you? I don’t know the answer.

In some cases, maybe it does. I think of shark fin soup. People catch sharks, cut the fins off, and throw the sharks back in the water. That’s pretty awful. China is the biggest market for shark fins. Some research has been done, though, that showed that most people there didn’t even know they were shark fins, because they have a different name in China. And some thought the fins grew back. Concerned people started a campaign to raise awareness in China. They had NBA star player Yao Ming saying “don’t do this.”

In some areas, it has reduced shark fin consumption by 80 percent. It’s been really effective. For some environmental problems, drawing attention to a problem has not been effective—and it’s not because of a lack of education. Those people just don’t value that particular wildlife. They’re plenty educated. They’ve thought about it, and that is not what is important to them. Giving them more information is not going to change that behavior or that attitude.

Are there ways to change behavior?

I have a friend who works at the conservation organization, Manomet, and he is good at making people understand what is at stake. He is good at talking with people who have values different from his own. He can find common ground around things they both value. There are those people who already care, and those you are never going to convince. But there is a big mass in the middle that we have to reach.

Why do so many people not seem to care about what’s happening to nature?

Part of the problem with our relationship to nature is that people don’t see things that change slowly. If you walked outside one day and all the trees were gone, you’d notice. But if Norway maple trees start infiltrating and crowding out native species, you might not notice that for decades. I can remember as a kid my dad telling me how he was driving through Mississippi, and he’d have to pull the car over and scrape the bugs off the headlights because he couldn’t see anymore. But you don’t hear about that sort of thing anymore, because insect numbers are down globally. But again, if it’s slow, you don’t notice it.

What is the long-term outlook? Are we, by wiping out millions of species, also dooming the human race?

I don’t see cataclysmic human disappearance—I just see a constant diminishing of the environment, so Earth will become a much less nice and interesting place for all of us. If we hit doom, I think it will be because we depleted our resources; the slow creep of using up resources will steadily reduce our standard of living. People will persist, but just in a more diminished world.

The report talks a lot about turning things around through “transformational change.” As much as I don’t like the generic phrase, I don’t disagree with it. I just don’t know what it means specifically and how to do it. You can’t easily make people do things that are good for people ten generations from now.

A lot of it comes down to political will. Do we have the will to do what needs to be done?  Certainly, we have shown that across generations we are able to change, but time is running out. I am not sure that we can make the kind of change the report calls for in just a few decades.