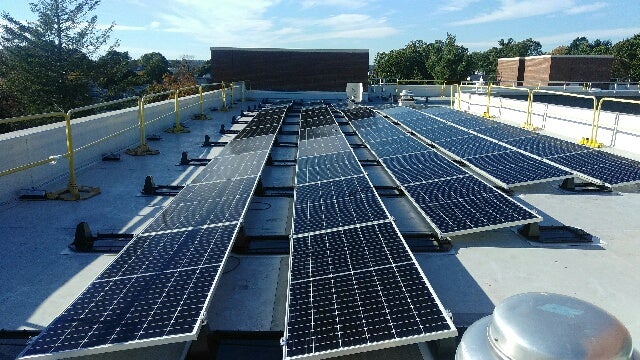 MEDFORD/SOMERVILLE, Mass. (June 26, 2019) – Two new roof-mounted solar photovoltaic installations on buildings located on the Medford/Somerville campus of Tufts University will generate 161,000 kilowatt hours of renewable energy for the university and surrounding community and are expected to save the university approximately $187,000 over the next 20 years.

The projects were made possible through a power purchase agreement (PPA) between Tufts and solar developer Solect Energy. PPAs are contracts in which a developer funds the purchase and installation of a solar energy system on a customer’s property – in this case, Tufts’ campus -- and then sells the electricity generated from the array to the host and community at a discount to retail rates. 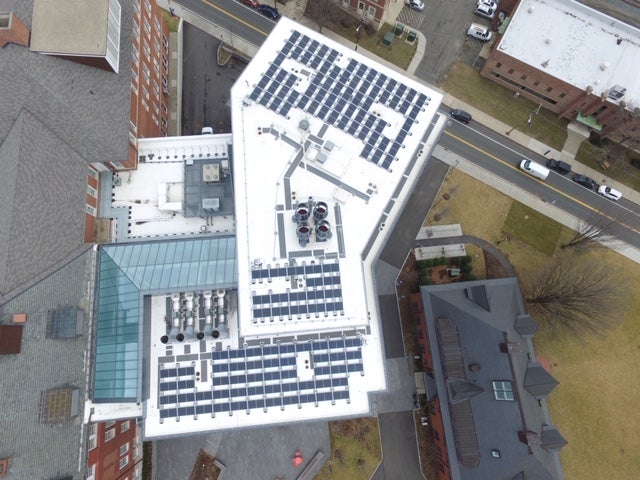 The arrays are owned, operated and were installed by Solect Energy, a commercial-scale solar developer and installer in Massachusetts, in collaboration with PowerOptions, an energy-buying consortium for public entities and not for profits.

“This agreement is a win for all involved. While Solect retains the renewable energy credits (RECS) associated with the solar production, Tufts maintains its commitment to making sustainability a university priority by contributing to the decarbonization of the New England electrical grid, which helps reduce our carbon footprint,” said Barbara Stein, vice president of operations at Tufts. “Solect Energy, in turn, will sell the RECs to the utility, National Grid, helping it meet its requirements under the Massachusetts renewable energy portfolio standard.”

The new systems include:

In all, Tufts has six solar arrays on its various campuses that help save the university money and make the power grid greener.

Tufts’ commitment to carbon neutrality is one of several goals it adopted as part of Second Nature’s Climate Commitment, signed by Tufts in 2016.

Tufts is currently planning to continue working with Solect to install two more systems, including a much larger project of 340 kilowatts on Gantcher Family Sports and Convocation Center. In addition to the solar energy systems, Tufts plans to install an energy storage system to increase resilience and further lower costs.