Study reveals genetic similarities of osteosarcoma between dogs and children 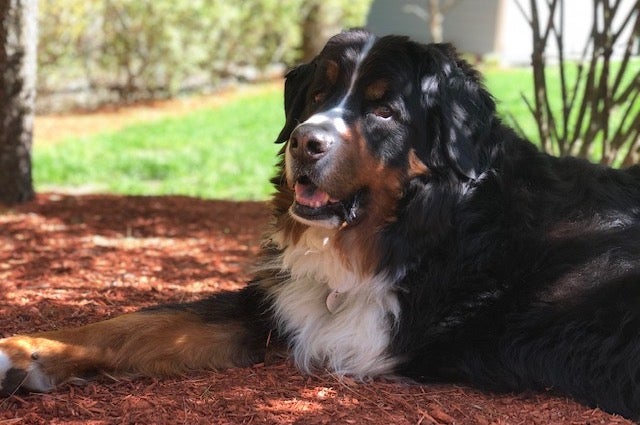 BOSTON, Mass., and PHOENIX, Ariz., (July 19, 2019)—A bone cancer known as osteosarcoma is genetically similar in dogs and human children, according to the results of a study published today by Tufts University and the Translational Genomics Research Institute (TGen), an affiliate of City of Hope. The findings could help break the logjam in the treatment of this deadly disease, which hasn’t seen a significant medical breakthrough in nearly three decades.

“While osteosarcoma (OS) is rare in children, it is all too common in many dog breeds, which makes it a prime candidate for the kind of comparative cancer biology studies that could enhance drug development for both children and our canine friends,” said Will Hendricks, Ph.D., an Assistant Professor in TGen’s Integrated Cancer Genomics Division, and one of the study’s senior authors.

Using multiple molecular-level testing platforms, TGen and Tufts researchers sequenced the genomes of 59 dogs, finding that canine OS shares many of the genomic features of human OS, including low mutation rates, structural complexity, altered cellular pathways, and unique genetic features of metastatic tumors that spread to other parts of the body.

“These findings set the stage for understanding OS development in dogs and humans, and establish genomic contexts for future comparative analyses,” said Cheryl A. London, DVM, Ph.D., the Anne Engen and Dusty Professor in Comparative Oncology at Cummings School of Veterinary Medicine at Tufts University, and the study’s other senior author.

OS is an aggressive disease and the most commonly-diagnosed primary bone tumor in dogs and children. Though a relatively rare cancer in humans — with fewer than 1,000 cases each year — OS strikes more than 25,000 dogs annually.

Although surgery and chemotherapy can extend survival, about 30 percent of pediatric OS patients die from metastatic tumors within 5 years. The cancer moves much faster in dogs, with more than 90 percent succumbing to metastatic disease within 2 years.

“The genetic similarity between dogs and humans provides a unique opportunity and a comparative model that will enable the development of new therapies within a compressed timeline," said Heather L. Gardner, DVM, a Ph.D. candidate in Tufts’ Sackler School of Graduate Biomedical Sciences, and the study’s lead author.

Jeffrey Trent, Ph.D., FACMG, TGen President and Research Director, and a contributing author, said the comparative oncology approach is vital to the rapid development of new treatments for people and pets that need help today.

“Leveraging the similarities between the human and canine forms of OS adds greatly to our understanding of how this aggressive cancer develops and spreads. More importantly, it provides an opportunity to develop therapies that make a difference in the lives of children and pets,” said Dr. Trent, who has been a proponent ofcomparative oncology for more than a decade.

No dogs were harmed during this research. Only tissue samples from pet dogs with naturally occurring cancers were examined.

About TGen, an affiliate of City of Hope

Translational Genomics Research Institute (TGen) is a Phoenix, Arizona-based non-profit organization dedicated to conducting groundbreaking research with life-changing results.  TGen is affiliated with City of Hope, a world-renowned independent research and treatment center for cancer, diabetes and other life-threatening diseases: www.cityofhope.org. This precision medicine affiliation enables both institutes to complement each other in research and patient care, with City of Hope providing a significant clinical setting to advance scientific discoveries made by TGen.  TGen is focused on helping patients with neurological disorders, cancer, diabetes and infectious diseases through cutting-edge translational research (the process of rapidly moving research toward patient benefit).  TGen physicians and scientists work to unravel the genetic components of both common and complex rare diseases in adults and children.  Working with collaborators in the scientific and medical communities worldwide, TGen makes a substantial contribution to help our patients through efficiency and effectiveness of the translational process. For more information, visit: www.tgen.org. Follow TGen on Facebook, LinkedIn and Twitter @TGen.