How to Stay Safe from EEE 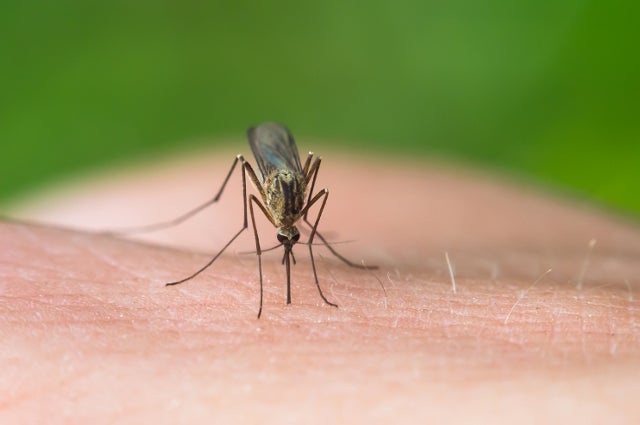 A second human case of Eastern equine encephalitis virus infection this year was confirmed in Massachusetts last week, in a young Grafton man. Meanwhile, the first human case of EEE in the state in six years—a man over sixty from southern Plymouth County—reportedly had slipped into a coma. [Editor’s Note: Updating this story, as of September 26, twelve people in Massachusetts have been diagnosed with EEE, and three have died.]

Transmitted by mosquitoes, EEE is the most dangerous virus spread by insects in North America. While only about seven people contract EEE a year in the United States, the illness is fatal in about one third of cases, according to the Centers for Disease Control and Prevention.

Symptoms of EEE typically resemble the flu, with infected people experiencing fever, chills, headache, and body aches. However, the illness can result in encephalitis—inflammation of the brain that can lead to coma, convulsions, or death. Many of the patients who survive the initial encephalitic symptoms of the disease will wind up with permanent neurologic damage, which itself may prove fatal within a couple of years.

There is no specific antiviral treatment for EEE, only supportive care, so “the key to staying safe is protection,” said Cummings School Professor Sam Telford, an internationally renowned expert on disease spread by ticks and mosquitoes, a commissioner for the Central Massachusetts Mosquito Control Project, and a member of the state Mosquito Advisory Group. “Even though EEE is rare, there’s no way to know where and when it can strike.”

Telford offered these tips to protect all members of your family from EEE and West Nile virus, which was found in Worcester mosquitoes a couple of weeks ago and is likely to be in all the places where EEE has been detected.

Always wear mosquito repellent. Use a repellant containing DEET, picaridin, IR3535, or oil of lemon eucalyptus on exposed skin and/or clothing. Always follow the directions on the package.

To further repel mosquitoes, you can also wear clothing treated with permethrin. If you do, be sure to keep permethrin spray and still-wet treated items away from cats, as the chemical is highly toxic to them; once dry, treated clothing should pose little risk.

Avoid being outdoors between dusk and dawn, when mosquitoes are most active. Be sure to also avoid shady areas, which tend to attract mosquitoes—and their bites—during daytime hours. If that’s not possible, wear long-sleeved shirts and pants during in addition to using repellant.

Take extra precautions for children and infants. Children under fifteen are at greatest risk for severe forms of the disease, so be sure their arms and legs are covered when playing outdoors. If bringing a baby outdoors, cover a carriage or playpen with mosquito netting.

If you want to sit on your deck, use a large electric fan—or, better yet, two—and sit in the breeze.  “Mosquitoes cannot fly against the wind,” Telford said. “Citronella candles will not prevent mosquitoes from finding you. There are some vaporizing insecticides that are being sold; theoretically they will work, but these have not been scientifically tested.”

Get rid of all sources of standing water outdoors. Turn over or empty containers where water may collect, from ceramic pots, to barrels and recycling bins, to pool covers. Clean clogged roof gutters and litter debris from along curbs to let storm-water drain.

Fix holes in screens. Make sure they are tightly attached to doors and windows.

When it comes to EEE and West Nile virus, Telford said only older mosquitoes contain virus, as the insects have to feed at least once to get infected. State or local mosquito-control projects may spray insecticide from trucks or by air to try to knock down flying mosquitoes with the aim of killing these riskier older ones.

“All spraying is done after dark to minimize impacts on pollinators,” Telford said, noting that advance warning is provided by towns via their emergency messaging or online message boards. “Beekeepers should be alert for such messages and cover their hives during a spray event,” he added. “The insecticides that are used do not persist long in the environment. Studies that I have done suggest that although all insects are generally impacted, by three days after the spray event they have generally recovered to the pre-spray levels.”

This is why mosquitoes sometimes still will be seen after a spray—they are new ones that have emerged from breeding sites and are not likely to be infected. “Spraying is a last resort,” Telford said. “Those of us involved in making such decisions weight the temporary impact to the ecosystem against the possibility of people getting this devastating disease—and make that decision when all the indicators are that we would be irresponsible to not spray.”

More information about EEE can be found on the websites of the CDC, the Massachusetts Department of Public Health, the Central Massachusetts Mosquito Control Project, and the Connecticut Mosquito Management Program.