As an E.R. doctor, I think a public health approach is the best chance to stem the epidemic 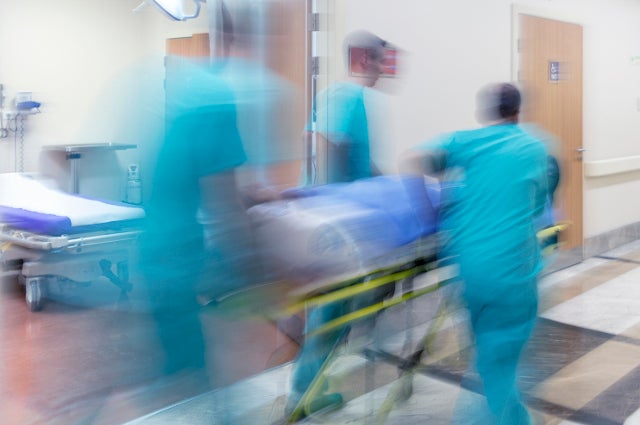 My colleagues and I could share numerous stories of caring for the victims of gun violence. Unfortunately, the families in our communities could tell even more. These are not abstract victims in a news headline. They are real people who represent a public health epidemic we must do more to prevent.

Gun violence continues to have reverberating effects on our communities and our nation. The U.S. Centers for Disease Control and Prevention (CDC) have reported that every day, eighty-three children in the United States are injured or killed by firearms.

Firearm-related deaths accounted for almost a quarter of all injury deaths among U.S. children nineteen and under in 2017, surpassing the number of deaths from pediatric congenital anomalies, heart disease, influenza and/or pneumonia, chronic lower respiratory disease, and strokes. For adolescents ages ten to seventeen, firearms accounted for over 41 percent of all suicides.

There is hope, however. Firearm violence is a public health issue, amenable to the tools and methods of disease prevention. Those same tools have transformed child health in so many ways, through the introduction of clean water, immunizations, car seats and other population-wide efforts.

Currently there are many proposed federal and state legislative initiatives that could help stem the tide of firearm violence. Legislation involving background checks, child access prevention, access to mental health services, and bans of certain types of weapons (those that can inflict significant injuries on large numbers in a small amount of time) are supported widely by the greater medical community and are gaining traction at the state and federal level.

The medical and education communities have opposed the idea of armed personnel in schools, given the absence of evidence of potential effectiveness. The medical community is also protecting the physician’s role as a source of patient and community information on gun safety.

But to take an informed public health approach to firearm violence prevention, higher-level biomedical research is imperative, and such research has largely been restricted. Since 1996, language accompanying appropriations for the Centers for Disease Control (CDC) has indicated that the CDC may not support investigators who advocate for or promote gun control.

While not barring gun violence prevention research, this language has had a chilling effect on public health research to prevent injuries and deaths from firearms. The American Academy of Pediatrics, American College of Physicians, and 165 other medical, public health, and research organizations have called on Congress to provide $50 million for this research, which would support ten to twenty large multi-year studies each year and greatly inform future policies and quantify the true effects of firearm violence on individuals and in our communities. It remains to be seen if that funding will be provided.

Tackling the gun violence epidemic requires a greater sense of urgency by communities such as Tufts that deeply value social justice, respect for all persons, and a passion for service to others.

Those are the values that were instilled and fostered during my time as a student at the Tufts University School of Medicine, and why I cannot remain silent while I watch child after child wheeled into the emergency department with firearm injuries. I ask my fellow Tufts physicians to please join me in addressing this public issue head on, and exercise the values we all hold so dear.

Tufts Now occasionally runs opinion pieces by members of the Tufts community who have expertise and personal experience on a topic in the news. The opinion of the author does not necessarily reflect the views of the university.