Celebrating the African Diaspora at Tufts 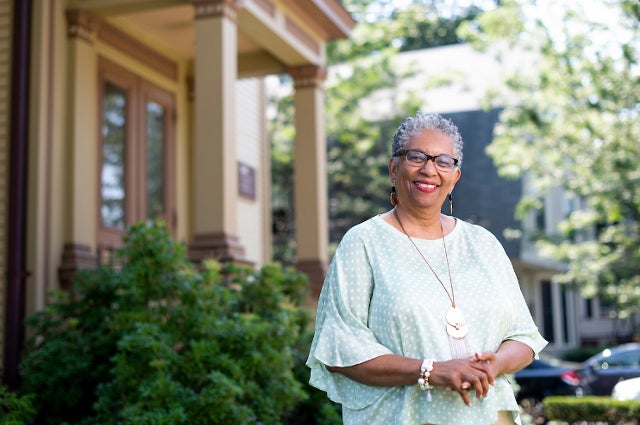 In 1969, campuses across the United States were roiled by protests, and Tufts was no different. Opposition to the Vietnam War led to boycotts of classes and demonstrations against military recruitment. Students organized sit-ins to ensure that black construction workers would be hired to help build a new dormitory. They also demonstrated again U.S. involvement in apartheid South Africa and called for greater student participation in leading the university.

Black students at Tufts had formed the Afro-American Society in 1967. A year later, another group called Students Concerned About Racism was created at Tufts. Then, just months after the Rev. Martin Luther King Jr. was assassinated, students at San Francisco State College launched what would become a months-long strike, demanding an end to Eurocentric curricula, the establishment of a department of ethnic studies, the hiring of more faculty of color, and greater representation of students of color. The strike inspired Tufts students and other young people across the country to push for similar changes on their own campuses.

As the Africana Center at Tufts University celebrates its fiftieth anniversary, Sylvester Bracey (A20) and Kristen Ransom (E13, EG18) share the personal impact that the center has had in their lives. Video: Anna Miller

One of the lasting results of that movement at Tufts is the Africana Center, which was created in 1969 as the Afro-American Cultural Center at Carpenter House. The center moved to Capen House, its current home, in 1977 and adopted its current name in 2001 to reflect the diversity of the students it serves. The center includes a co-educational residence hall for twelve undergraduates and provides a wide range of programs—from pre-orientation sessions to peer counseling and tutoring—to help students of African descent thrive.

This fall, the center is celebrating its fiftieth anniversary with a semester-long exhibit at the university art gallery and a series of events over Homecoming Weekend, October 18-20. The homecoming events will include and expand on the fifth annual tailgate party hosted by the Tufts Black Alumni Association, a gathering that’s grown in popularity each year.

“It’s one of my favorite times,” said Africana Center Program Manager Domonique Johnson, A10. “We take over this hill. Alumni are in the house, outside of the house, all over. Older folks are holding court, telling stories from their era.”

The show at the gallery, Celebrating 50 Years of Black Excellence at Tufts: Student-Facing, Student-Focused, opened August 22, with an opening reception September 5. A special reception connected to the fiftieth anniversary celebrations will be held on Friday, October 18.

Other events during Homecoming Weekend include a Saturday breakfast buffet with presentations by student interns who received the Bruce-Griffey Leadership and Diversity Grant; walking tours of the eleven African American Trail Project markers on the Tufts campus; the afternoon tailgate party; and a Saturday evening gala on the president’s lawn, to which attendees are invited to wear clothes reflecting their African and African diaspora heritage. A late-night after-party at Hotung Café will include DJs spinning tunes from every decade since the center’s start, and a jazz brunch on Sunday will close the festivities. The events are open to faculty, staff, and current students, as well as alumni. (Registration fees for the weekend are discounted until September 1).

Africana Center Director Katrina Moore recently spoke with Tufts Now about the exhibit, the events, and the many reasons to celebrate.

Tufts Now: The timeline in the art gallery exhibit stretches much further back than the Africana Center’s founding. Why is it important to share the longer history of the black experience at Tufts?

Katrina Moore: Black students were enrolled at Tufts as far back as the late nineteenth century. We are honoring students who paved the way, in a sense, for the students who are here today. We also have part of Gerald Gill’s exhibit “Another Light on the Hill” here at the Africana Center that clearly shows these students. We point them out to today’s students: “Look at this student who was here in 1909. Can you imagine what he went through?”

The Africana Center was created fifty years ago in response to student activism. Does the fact that the center was born out of protests affect what it is today?

What are some of the achievements you’d like to celebrate?

There are so many. I would look at the leadership and the growth of the individual students while they were here that gave them the opportunity to pursue their interests, to see things that needed to be addressed and figure out the best way to get those things addressed. The Africana Center has served as a foundation for them, a place where they can gather and express their passion, and a place where they can get advice and support.

Are students’ needs different now than when the center was first founded?

I don’t think they’re different needs, but the students’ ability to talk about them and respond to the support that we give is probably different. For example, back in 1969, those students needed self-care, but they probably weren’t as able to express that they needed the help. Students today have the same needs, but they are more apt to come in and tell us that they are struggling. They’re more open to listening when we send them to resources that can help them with that.

It makes me sad that some of the things that I dealt with when I was in college, these students are still dealing with. We’ve made some progress, but we are bombarded with the same kinds of issues.

The events on Homecoming Weekend include an art gallery reception, a tailgate, a gala and after-party, and a jazz brunch. What’s the goal for these gatherings?

We are trying to create this weekend of celebration that will encompass all five decades of graduates. Whenever we have alums that come back, they just have the best time, seeing each other and reminiscing. All of them, I don’t care how old, talk about parties in Capen. That’s why we decided we wouldn’t have just one sit-down dinner with speakers; we needed to provide a lot of time for them to be together.

We’re calling the Saturday evening event a gala, but it’s going to be dancing and networking and having fun being together. We wanted to recreate that sense of a Capen party with the after-party, for those who can keep it going. We’re also infusing our history and accomplishments, because we have a lot to celebrate.