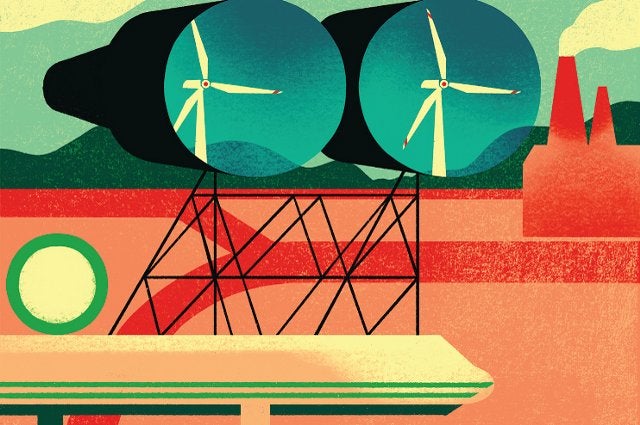 For a series on climate change solutions, we’ve talked with several Fletcher alumni and faculty about their efforts. We start with Dev Sanyal, F88, who’s working to steer energy giants beyond oil and gas.

More than twenty years ago, BP was the first major oil company to recognize climate change and become an early investor in renewable energy. Today, the company is accelerating its efforts in the transition to cleaner energy and a low-carbon future. 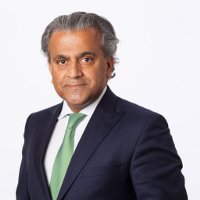 BP aims “to be at the core of meeting the dual challenge: meeting the world’s increasing energy demands and doing so in a way that is cleaner and with fewer emissions,” said Dev Sanyal, F88, the chief executive officer of BP’s alternative energy business, executive vice president for regions, and a member of the BP group executive committee.

Reducing emissions. Last year, BP committed to zero net growth in operational emissions to 2025, even as it increases its global oil and gas production. Some 36,000 managers at BP have their cash bonuses linked to performance on emissions reduction goals. In March, the company launched a $100 million fund for emissions-reduction projects within its operations. It has partnered with the Environmental Defense Fund to develop new methods to reduce methane emissions. BP also co-founded the Oil and Gas Climate Initiative, a collaboration between major industry players to reduce the carbon and methane impact of oil and gas operations.

Creating new businesses. BP is active in the renewable energy sector, a business that Sanyal has headed since 2016. BP has operations in biofuels, biopower, renewable products, wind energy, and, through a 43 percent shareholding in Europe’s largest solar company, Lightsource BP, a growing solar energy business. “Of all the sources of energy, renewables are predicted to grow the fastest over the next twenty years,” Sanyal said. “Our focus is to be at the heart of this exciting growth story.”