Colleen Doolan, A19, M23, has been named to the top thirty honorees for the national award 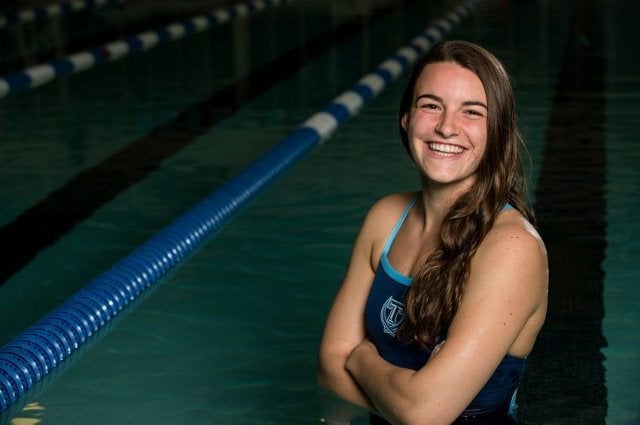 Colleen Doolan, A19, M23, has been named to the list of top thirty honorees for the 2019 NCAA Woman of the Year Award. She will join with the other honorees at the 2019 Woman of the Year awards dinner on October 20 in Indianapolis when the winner is announced.

The Top 30 honorees were selected from an initial pool of 585 school nominees, a program record. From there, the pool was narrowed by conference offices and a selection committee to move forward 151 nominees for consideration. The top thirty honorees include ten from each of the three NCAA divisions; each has demonstrated excellence in academics, athletics, community service, and leadership.

“This year’s thirty honorees are remarkable women, representing well the thousands of women competing each year in college sports,” said Karen Baebler, chair of the Woman of the Year selection committee and assistant athletics director for sport operations at the University of Washington. “They have excelled in sports and academics while serving their peers and communities, and we congratulate them for their many achievements.”

Twice during her undergraduate years at Tufts Doolan took trips to developing nations to help provide medical services—last August to Gramothe, Haiti, and during the summer of 2016 to Cape Coast, Ghana. She was also a member of Tufts’ Student-Athlete Advisory Committee (SAAC), participating on SAAC’s Jumbo Experience committee. 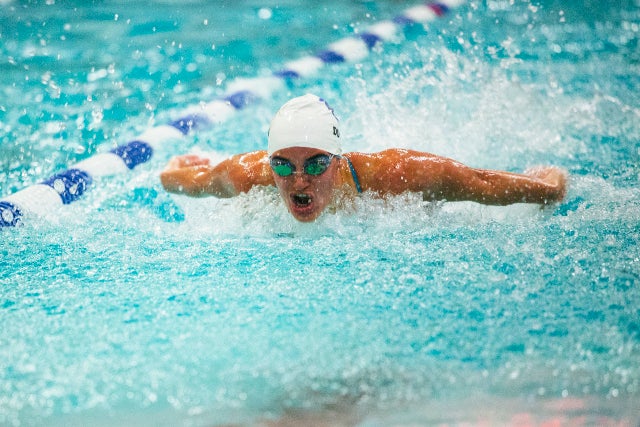 Colleen Doolan during a competition.
Doolan was a member of Tufts’ 800 freestyle relay whose ninth-place finish at the 2019 NCAA Championships with a 7:31.14 time was the best relay finish in the university program’s recent history.

She also swam with the 400 freestyle relay, which had a school-record time of 3:28.22 at NCAAs. Doolan was twenty-first individually in the 200 butterfly (2:05.24) at the national championships. She helped head coach Adam Hoyt’s Jumbos finish sixteenth at the 2019 NCAA Division III Championships, the highest place for the program since the team was also sixteenth in 1990.

She was one of seven New England Small College Athletic Conference (NESCAC) student-athletes nominated for the Woman of the Year award, and then one of just two submitted by the NESCAC office to the NCAA as the conference’s nominees. She is now the only NESCAC student-athlete among the top thirty honorees.

In early October, the selection committee will announce the nine finalists, made up of three women from each NCAA division. From those finalists, the NCAA Committee on Women’s Athletics will select the 2019 NCAA Woman of the Year.