What’s Ahead for the Economy?

There is increasing risk of recession in the U.S. and around the world as trade wars create uncertainty, says a Tufts economist 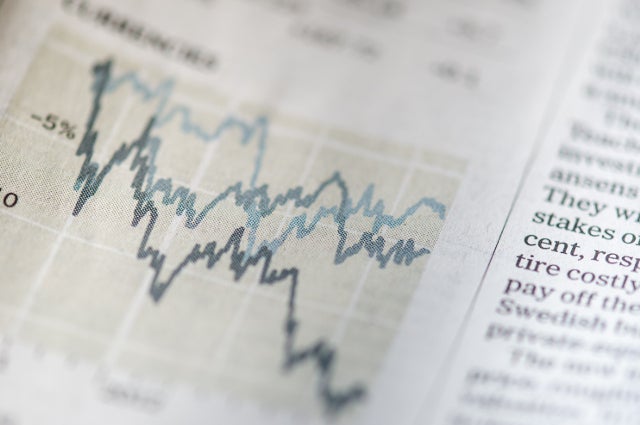 There is no shortage of menacing headlines on the economy these days. Whether you are following the gyrations of the U.S. stock market, the impact of interest rate changes, or the verbal barbs between the United States and China in their ongoing trade war, it’s enough to raise concern about the future economic health of the country and the world.

Tufts Now turned to Enrico Spolaore, the Seth Merrin chair and professor of economics at Tufts, for some insight. Spolaore, an expert in political economy, growth, and global economics—especially in Europe—explains that recessions are part of the lifecycle of economies, that there are global concerns about an economic slowdown, and that tariffs do far more harm than good.

Among his biggest concerns is what he describes as “the resurgence of old misconceptions about global trade, especially the view that exports are good but imports are bad, and that a unilateral increase in barriers to international exchanges would be beneficial to one’s country.”

Those views “were widespread during the Great Depression in the 1930s and had very negative consequences,” Spolaore said. “We should not repeat the errors of the past.”

Tufts Now: What are our current prospects for a recession in the United States?

Enrico Spolaore: The economy is still growing in the United States, but more slowly than it could. There are several reasons for concern. The main reason is uncertainty about the global economy because of the ongoing trade war between the U.S. and China. If the economic and political tensions between the two countries escalate, we could see a major disruption of global supply chains and an implosion of the international trading system.

In Europe, the perspective of a messy Brexit adds to this global uncertainty. Other major economies that depend heavily on exports to other countries, such as Germany, are already on the edge of recession. Firms all over the world, including in the U.S., are already responding to the higher uncertainty by reducing capital expenditures.

Financial investors are showing that they are pessimistic about future growth by asking for lower interest rates on longer-term bonds (the so-called “inverted yield curve”), an odd phenomenon that typically occurs before economic slowdowns. The U.S. is not in a recession yet because private consumption continues to be high, but that could change if consumer confidence drops in the U.S., as it already did in other countries.

Before the Great Depression of the 1930s, business cycles—booms and busts—were typically viewed as natural, but after World War II economists started to believe that wise macroeconomic policies—fiscal and especially monetary policies—could control aggregate demand and prevent recessions.

In the 1970s those hopes were thwarted by supply shocks, such as the increase in oil prices, and a broader understanding of the limits of government policies. More recently, between 2007 and 2009, we experienced a major recession associated with a financial crisis.

Nowadays, we know that central banks are not as powerful as we used to think and may not be able to respond quickly and effectively should major shocks hit the economy, such as a drop in consumer confidence, reduction in private investment, a shock to oil prices, or a major disruption of the whole trade system. Nonetheless, governments and central banks can do much to reduce the risks of recessions before they happen and can make them shorter when they occur.

The U.S. has the largest economy in the world—are there concerns about our economic weakness impacting other economies? For instance, how is the European economy doing, and are those nations facing the same recessionary fears that we are experiencing here in the United States?

Germany is doing significantly worse than the U.S. at the moment, partly because it is much more dependent on exports to other countries. For example, the demand for German cars from outside Europe has gone down in recent months. Germany also trades a lot with Britain, and German firms have reduced their capital expenditures in response to uncertainty about Brexit. In general, European countries are more open to international trade than the U.S. and therefore suffer more deeply when there are negative shocks to global trade.

Political uncertainty also continues to be high in Europe. In the elections for the European Parliament last May, populist parties hostile to European integration increased their shares, but did not win the control of the European Union’s institutions. As a result, new moderate leaders have been recently appointed at the head of those institutions—Ursula von der Leyen at the European Commission, Christine Lagarde at the European Central Bank. They now face the big challenge to find common ground among twenty-seven countries with rather different views on all kinds of policies: fiscal policies, public debt, immigration, and so on.

Nonetheless. people like me, who are broadly supportive of European integration, hope that Europe will overcome those challenges. Paradoxically, the fact that Germany itself now needs to get out of a serious economic slowdown may help make European policy responses more cohesive and effective, because now, in a way, Germans and Italians and Greeks are all on the same boat.

Are the tariffs being imposed on imports from China, and China’s retaliatory tariffs, affecting our economy?

Yes, tariffs are already affecting the U.S. economy in a negative way. More generally, the perspective of persistent disruptions in global trade is having a negative effect on investment and consumer confidence all over the world. This is already slowing down economic growth in the U.S.

The Federal Reserve recently lowered interest rates, acknowledging risks from slower global growth and a low level of inflation. How will this help our economy?

The conventional view is that lower interest rates will foster private investment. For example, when interest rates are low, mortgages are cheaper, and people can more easily afford to buy new homes. However, interest rates have been very low for a long time, and it is not clear whether further reductions can have big effects on aggregate demand and economic growth. That said, keeping interest rates low does not hurt, while increasing them would not be appropriate when facing a risk of recession.