Charging Extra to Drive in Cities 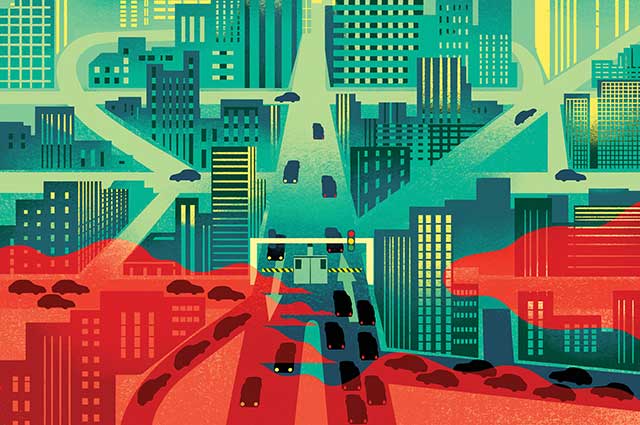 For a series on climate change solutions, we’ve talked with several Fletcher alumni and faculty about their efforts. Here we focus on Andy Darrell, F88, who helped push for congestion pricing in New York City. 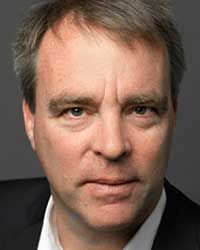 Driving into the most crowded part of Manhattan is about to get more expensive—and that’s great news for the environment, according to Darrell. Congestion pricing offers a “climate twofer,” he said: It will reduce pollution from cars and trucks stuck in gridlock and it will bring in about $1 billion a year to modernize transit services, so the city can maintain the already small carbon footprint of most residents’ local transportation.

Set to start in 2021, the pricing system is so promising that it won support from a rare coalition of “business, labor, Wall Street, and environmental justice advocates,” said Darrell, who is Environmental Defense Fund’s chief of strategy, global energy, and finance and a member of New York City’s Sustainability Advisory Board.

Drivers entering Manhattan below 60th Street will be charged a fee that is still to be determined but may be about $12 for cars and $25 for trucks during peak business hours. The fees will be assessed through an electronic tolling system, most likely based on existing E-ZPass infrastructure.

Transportation is the largest source of greenhouse gas emissions in New York state, but it’s not nearly as bad as it could be, thanks to public transit, Darrell said. “Six million people in New York [City] get to work on transit every day,” he said. The city’s century-old subway and bus system is “extraordinarily environmentally efficient,” but needs investment. The system could also be designed to accelerate deployment of electric trucks and buses, to cut pollution even further.

While New York is the first U.S. city to adopt congestion pricing, the scheme is already a success—although not without initial controversy—in London, Singapore, and Stockholm, where it has reduced traffic and air pollution. It’s also raised millions for transit improvements: Stockholm, for example, has added 197 new buses, 16 bus routes, 2,800 park-and-ride spaces, and built new bike and pedestrian infrastructure, according to a 2018 report from the Tri-State Transportation Campaign.

Darrell hopes other urban hubs will follow in New York’s green footsteps. “We have the technologies to solve the climate crisis at our fingertips,” he said. “The big challenge really is how do you finance that transition, to deploy the technologies we have at scale? What I love about congestion pricing is that it offers one financing solution to enable that transition to happen pretty quickly in a major city.”