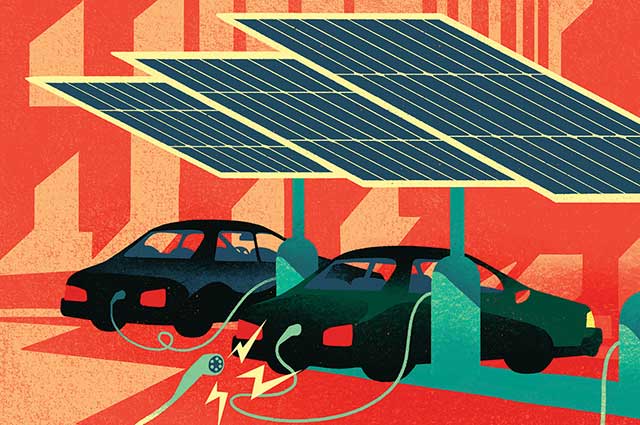 For a series on climate change solutions, we’ve talked with several Fletcher alumni and faculty about their efforts. Here we focus on Christopher Wendel, F93, who’s helping to create a network of electric vehicle charging stations across the United States.

Driving electric cars helps reduce carbon emissions but charging the vehicles away from home can be inconvenient and costly. That’s where Wendel comes in. 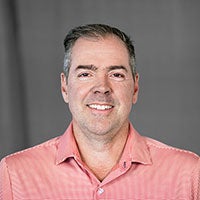 Wendel is the president of Volta Charging, a company that installs electric vehicle charging stations at sports venues, malls, and other high foot-traffic locations. Since it started in 2010, the company has set up more than 750 stations in the United States, with large clusters in cities such as Los Angeles, San Francisco, and Chicago. The sites are underwritten by advertising shown on the charger screens, so that neither users nor host locations pay a cent.

A funding model that isn’t dependent on what drivers are willing to pay is “the only viable way to build this amenity,” said Wendel, who drives a Tesla Model X and previously worked for Goldman Sachs in the United States, Germany, and Japan. He became an investor in Volta after using one of its early stations outside a Whole Foods store in Hawaii and joined the San Francisco company as partner and chief financial officer in 2012.

Making it free and easy to charge electric vehicles may inspire more car owners to abandon their gas guzzlers. If all Americans made that change, per capita annual petroleum consumption would decline by 25 percent, Wendel said. “The biggest single thing a person can do to impact their carbon footprint at this point is to switch from an internal combustion engine car to an electric vehicle,” he added. “And if you do solar at home to generate your juice, bonus points for you.”

Volta has raised $60 million since its founding, including $35 million in Series C funding in 2018 to expand its network of charging stops across the country. The goal is to have the top 20 markets in the United States covered by the end of 2020.