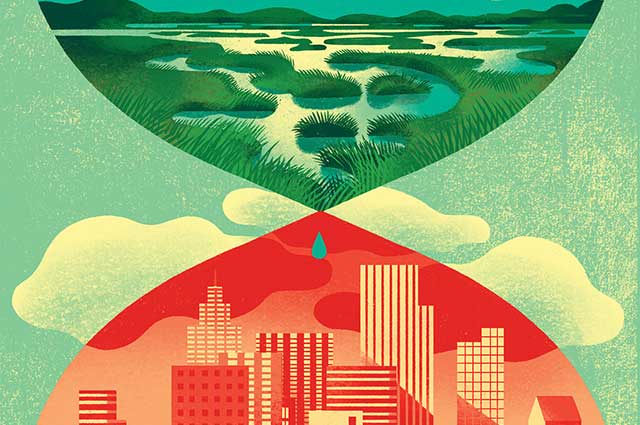 For a series on climate change solutions, we’ve talked with several Fletcher alumni and faculty about their efforts. Here we focus on William Moomaw, professor emeritus of international environmental policy at Fletcher, who has drawn attention to the value of wetlands in fighting climate change.

“Draining the swamp” might sound appealing to Beltway pundits, but actual wetlands are valuable tools in combatting climate change.

These ecosystems pull carbon from the atmosphere and store more of it in plants and soil than do the Earth’s forests. That helps slow the pace of climate change. In addition, wetlands increase ecosystems’ resilience in the face of extreme weather. Salt marshes and mangrove forests help protect coastal areas from hurricanes, for example, and other wetlands store flood waters from heavy rainstorms or provide water during droughts. 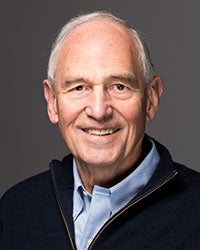 But wetlands have received little attention from policymakers, according to a study published in the journal Wetlands co-authored by William Moomaw, professor emeritus of international environmental policy at Fletcher. Rising temperatures and drainage for development threaten wetlands, which can release greenhouse gases rapidly when disturbed, Moomaw and two of his co-authors explain in an article on The Conversation. More than half of the world’s wetlands have been lost, they say, and if ecosystems such as wetlands and forests were to stop removing carbon from the atmosphere, concentrations of carbon dioxide from human activities would rise by 28 percent more each year.

Their recommendation? Conserve and restore more bogs, marshes, and swamps. Protecting these “underrated but irreplaceable tools” to slow climate change and reduce associated damage from storms, flooding, and drought is “a much higher use for wetlands than altering them for short-term economic gain.”

Year when thawing permafrost will release as much carbon as all U.S. sources, including power plants, industry, and transportation, if current trends continue.