Tufts Institute of the Environment Marks Its Twentieth Anniversary 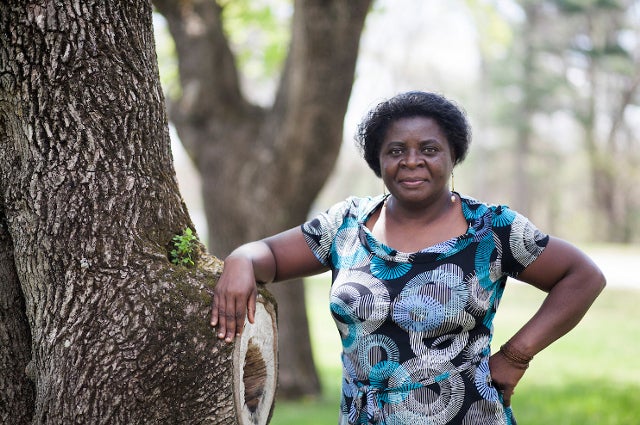 The Tufts Institute of the Environment will celebrate its twentieth anniversary with a special program on October 7 with lightning talks, panels on environmental activism and justice, awards for impact and leadership, and a keynote by U.S. Senator Edward Markey, H19.

Janetrix Hellen Amuguni, V11, an associate professor in the Department of Infectious Disease and Global Health at Cummings School of Veterinary Medicine, will receive the first William R. Moomaw Faculty Award for Outstanding Impact. Her work strengthens practices that prevent the outbreak of infectious disease in Africa. The award is given to a person who emulates the attributes of Moomaw, professor emeritus of international environmental policy and the first director of the Tufts Institute of the Environment (TIE).

Jennifer Baldwin, A05, an environment officer with the U.S. Agency for International Development (USAID) who most recently helped design an Amazon conservation program in Peru, will receive the inaugural TIE Alumni Award for Inspiring Leadership.

The program will be capped with a keynote address by Markey (D-Massachusetts), co-sponsor of the Green New Deal, under the auspices of the Tisch College Distinguished Speaker Series.

TIE is the center of environmental research, teaching, and leadership at Tufts. An interdisciplinary, university-wide institute, it initiates, facilitates, and promotes environmental education, service, and research in pursuit of a more justly sustainable future.

A One Health Leader

Amuguni began her career as veterinarian in her native Kenya, where she soon observed the central role of women in nomadic livestock-keeping communities. As she told Tufts Now in 2013, when she would get a call from a farmer about a sick cow, she would ask when the cow fell sick. “He’d turn and ask his wife,” she said. “The wife would tell him, and then he’d tell me. I’d say, ‘Why don’t I just talk to her, and she’ll give me the information?’”

Amuguni went on to pursue a master’s degree in international development and later a Ph.D. in infectious disease at Cummings School. At Tufts, her advisor was Saul Tzipori, who holds the Agnes Varis Chair in Science and Society in the Department of Infectious Disease and Global Health. Tzipori and the department are recognized leaders in the study and prevention of zoonotic diseases—those caused by bacteria, viruses, and parasites that are spread between animals and humans.

During the past four years of OHW, she has contributed to building capacity across the network in One Health Core Competency (OHCC) training, integrating OHCC into existing university curricula, Problem-Based Learning, and online education. She also provides organizational development support to the One Health Central and Eastern Africa Secretariat in Kampala, Uganda.

Taking Environmental Concerns Around the World 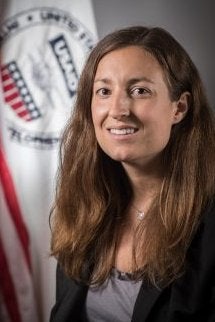 “Institutions like TIE will continue to play an important role training the next generation of consumers and leaders to steer the global economy toward sustainability,” said Jennifer Baldwin.
Baldwin, a USAID Foreign Service Environment Officer, rotates jobs every two or four years; the positions can range from working on forests and water to wildlife and clean energy. Several of her projects have contributed to Amazon conservation.

“I have loved working in the Amazon,” Baldwin said. “It is a fascinating ecosystem that faces some huge challenges. Some of the more remote parts have very little government presence. This can lead to expansion of illegal activities such as deforestation, wildlife trafficking, and unchecked agriculture, which is the primary driver of the recent forest fires.”

Baldwin got her start in environmental advocacy after learning about climate change and rising global environmental degradation in an environmental biology class taught by biology professor Michael Reed. “I was alarmed at these growing threats, and decided to devote my life to finding and implementing solutions,” she said. “Fortunately, Tufts was fertile ground for these nascent interests and nurtured my development from the beginning. The interdisciplinary Environmental Studies major gave me a broad understanding of environmental problems and their solutions from multiple angles.”

Baldwin continued her education with a master’s degree in environmental management from the Yale School of Forestry and Environmental Studies, and gained valuable experience on jobs that spanned agriculture to renewable energy—“all of which were my efforts to move the needle on climate change,” she said.

One project she managed related to small-scale gold mining and its devastating impact on indigenous people and the environment. She worked with a Peruvian nonprofit to conduct research on mercury, used in the gold mining, as well as testing restoration techniques for areas degraded by mining, and sharing the results with key decision-makers.

“Peru is experiencing a gold rush,” she said. “Thousands of small-scale miners are clearing primary rainforest to access the silt underneath that washes down from the Andes, because it contains tiny bits of gold dust. They mix liquid mercury with the silt to amalgamate the gold, then dump the contaminated water back into Amazon tributaries. This activity is having devastating impacts, not only on the forests, rivers, and animals that live there, but on public health in the region, because the mercury contaminates the region’s fish, a staple foodstuff.”

Her next assignment is in South Africa, where she will contribute to Power Africa, a U.S. government-led partnership that seeks to increase the number of people with access to power. “I am thrilled to be joining this initiative to help African countries leapfrog dirty technologies and invest in cleaner energy sources from the beginning, while benefiting from the many positive social and economic impacts of increased energy access,” she said.

As for her award, Baldwin is happy to be acknowledged, and more importantly, she said, she wants to acknowledge TIE. “TIE plays the important role of tying together the multiple ‘green’ threads running throughout the different departments, programs, and schools of the university,” she said. “Institutions like TIE will continue to play an important role training the next generation of consumers and leaders to steer the global economy toward sustainability.”

Learn more about the TIE twentieth anniversary celebration and how to RSVP for the program.