Training Medical Students to Have the Most Difficult Conversations 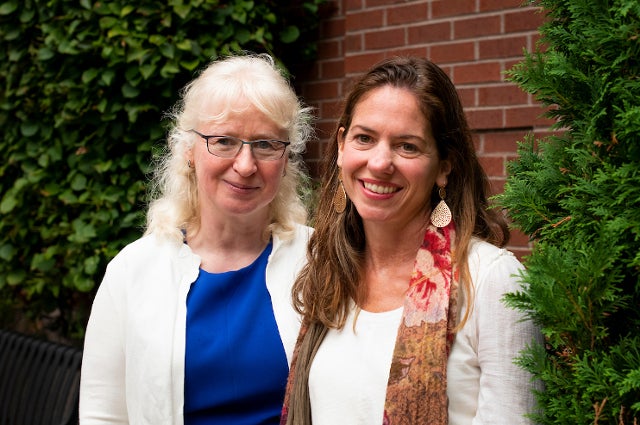 The stroke had left Dakota, a sixty-three-year-old homemaker, in a persistent vegetative state, dependent on a ventilator and feeding tube. At best, her neurologist reported, Dakota might open her eyes, but she would never recognize her family. The doctor, Maya Petashnick, explained options to Dakota’s husband—comfort care, for example, as an alternative to life support—but it was clear this was not the conversation he wanted to have. He wanted to know how doctors were going to make his wife better.

“We want her to get better,” Petashnick said, “but realistically the imaging and a lot of the lab results are telling us that might not be the case. So we want to be able to better prepare.”

The husband was unwilling to let go the dream of recovery. “It’s my understanding that sometimes a person who is in a vegetative state can have some healing and can wake up,” he said. “I don’t understand why we’re not doing what we can at this point to save her.”

After several minutes, Tamara Vesel, chief of palliative care at Tufts Medical Center, called a time out. Everyone took a deep breath. Dakota’s stroke was just a scenario—part of a day-long workshop Vesel organized as a way for fourth-year medical students to practice talking to patients and their families about end-of-life decisions. Petashnick was actually a fourth-year student at Tufts University School of Medicine, and the part of Dakota’s husband was played by Charles Linshaw, a professional actor.

“It was kind of a roller coaster,” Petashnick said. “I think I could have started differently.”

“This is hard,” Vesel agreed. “We are putting you into an uncomfortable situation here.”

With actors portraying patients or family members, and a team of palliative care experts serving as coaches, the students experienced what it would be like to tell a thirty-four-year old man with lung cancer that he might have just a few weeks to live. Or to tell a couple that their nine-month-old daughter, found not breathing in her crib, could not be revived.

These are the most difficult conversations these students will face as doctors. And they will face them soon.

Jan Fouad, A11, M16, a third-year internal medicine resident at Tufts Medical Center, told the graduating doctors that even new interns sometimes have to talk with families in the ICU. In his first year in the hospital, Fouad felt unprepared for these conversations. “At no point was I sat down and told, ‘This is how you give bad news, this is how you speak about end of life, this is how you give options when medically the patient is not doing well,’” he said.

Yet being able to talk about the tough stuff will be increasingly important as the population ages and technology allows people to live longer, if not always better. Communication skills that help match care to a patient’s goals make it easier on the patient, the doctor, and the health-care system. Recognizing the need, Tufts School of Medicine has already committed to making advanced communication skills and end-of-life care part of a key thread in its new curriculum, which debuts this fall.

Vesel, who is also an associate clinical professor of medicine and pediatrics at the School of Medicine, received an Innovations in Education Intramural Grant from the school to pilot these workshops with fifty students, about a quarter of the students in the class of 2019, and conduct a study on its effects; she’s analyzing the results now. Recently, an anonymous gift allowed the school to expand the workshop, which it will offer to 100 fourth-year medical students annually for the next three years.

In the workshop, they learn conversational frameworks that they practice with the actors. Vesel tells them it’s a safe place, where they can grasp for words, get frustrated, even laugh to break the tension.

The actors portray some trying characters, like quarrelling siblings who don’t agree on the course of care for their mother, and a patient with end-stage liver disease who just wants out of the hospital and doesn’t want to talk about what might happen. They ask confrontational questions: “Was there some sort of mistake that happened?” “Should we take her to a different hospital that knows more about this?” “Are you recommending this because my mom isn’t rich?”

All these reactions are normal and expected, Vesel said. “When people are suffering, they may lash out,” she said.

After each scenario, the actors give feedback on the conversation, including the students’ body language: Did they make eye contact? Did they listen to all the family members, or just focus on one? Did they remember to breathe?

“When you crossed your legs and leaned forward, you sounded a little bit frustrated and angry,” Linshaw coached one student. “Relax your shoulders, don’t cross your arms. You’ll seem less threatening.”

The students also hear from someone who has been on the other side of these conversations. Megan De Lisi, who lost her son Luca to a brain tumor when he was three years old, talked about the good and bad interactions she had with members of his care team, including Vesel.

Since then, De Lisi has helped Vesel train doctors, nurses, and social workers on palliative care conversations, providing a parent’s perspective on end-of-life and bereavement. De Lisi said mid-career professionals can find role-playing in front of their colleagues difficult. “They have all of that experience, and they have a little ego to go with it. It’s hard for them.” But she found the medical students were different—more willing to experiment, ask for help, and give each other feedback.

The group discussed prognosticating and how to be honest with patients without taking away their hope; it’s OK to ask patients how much they want to know. “People change their priorities when they know they have less time to live,” Vesel said. “Maybe some will be demotivated, but most will be able to do something with the information.”

She told of a patient with failing kidneys who did not want to spend his last months of life undergoing dialysis three days a week. “He had every month planned for travel—fly fishing, visiting his granddaughter,” she said.

Vesel encouraged the students to guide their patients, not just provide a laundry list of care options. “People want to be in charge of their decision, but it doesn’t mean they don’t want to hear recommendations,” Vesel said. In Dakota’s case, machines can keep her alive, but she will never be able to leave the hospital. Is that truly what her family wants?

“It’s really important that we consider the value system of these families. For some people, genuinely, any life—no matter what the quality—is worth living,” Vesel said. “We need to figure out how to help those families make decisions that they won’t regret.”

Barbara Ratto, who has been a palliative care nurse for twenty-seven years, said that she has heard even experienced doctors get it wrong. She recalled one patient’s family member asking a distinguished physician, “What is the future for my mother?”

“Future?” the doctor replied. “She has no future.”

If you do find yourself saying the wrong thing, make it right.

That was heartening for Daniela Febres-Cordero, M19, who is heading to an OB/GYN residency. “It’s really helpful to know it’s OK to admit to making those mistakes, so that you’re not paralyzed by the conversation,” she said.

Such humility goes a long way toward earning the trust of a patient or her family. In fact, while conversational frameworks are helpful, the coaches agreed that the best advice is to be authentic. Be yourself, act the way you would with your own family member, and your empathy will show through.

As the workshop came to an end, Fouad warned the soon-to-be doctors that their first year will be exhausting, and it will be hard to stay in the moment for every conversation. Yet it’s worth the effort. “The words and how you say them,” he said, “can change someone’s life.”