Spirituality at Tufts: The Humanist Approach

For students uninterested in organized religion, but yearning for deeper connections, there’s another chaplaincy option 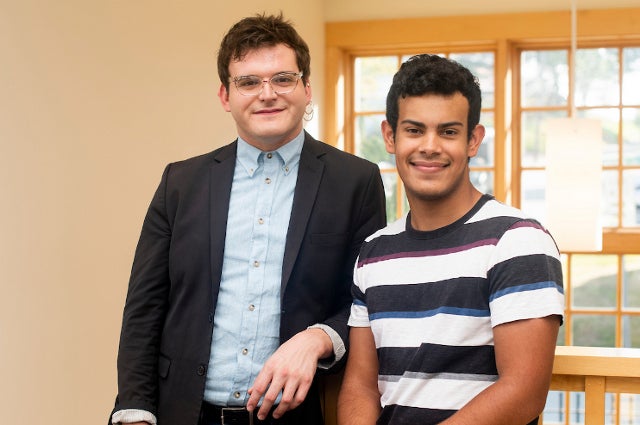 Finding community is always a key part of the student university experience, and for many at Tufts that centers around spirituality. With many spiritual traditions represented on Tufts’ campuses, students can make deep and abiding connections, enriching their lives and the university’s. In this occasional series, Spirituality at Tufts, Tufts Now explores the many and varied traditions that students take part in.

On the night before graduation in May, seniors walk up the Hill holding candles for an illumination ceremony, a bookend to their walk—also uphill and candlelit—on their first day of orientation as matriculating students.

In 2018, the Tufts Humanist chaplain gave the invocation at the Illumination Ceremony: “Source of light and of strength, All that which sustains us and teaches us and has bound us these past years,” the invocation began, “we here tonight remember what these flames meant to us in our first few days on the Hill.”

Humanism is one of six chaplaincies at Tufts, the only one that is purely secular, “concerned with our life in the natural world and what we as creatures in that world can accomplish among ourselves,” according to its brochure.

One-third of Tufts students self-report as non-religious on the first-year Spiritual Interest Survey, which doesn’t mean that a yearning for meaning or even spirituality is any less important, or the need to create a community to discuss these questions.

As part of that, rituals—for instance, the lighting of candles—can be important. “It was new last year, a way of beginning our Thursday meetings and setting the space,” said Walker Bristol, A14, the Tufts Humanist chaplain. “The year before, a number of students arrived with a Unitarian background, and said they wanted to do more rituals. It felt important to say, this is how we create a meaningful space.”

Similarly, among Humanists, rituals or traditions can be abandoned. Bristol, who has been on campus nine years—a good chunk of the lifetime of a young movement—recalls how the Thursday meetings were originally dubbed “discussions,” often based on an article someone brought in.

“There was an argumentative feeling about it,” they said, until students approached them “and said the drive for intellectual discussion wasn’t why they came together.”

“Are we allowed to just not do this anymore?” the students asked. Of course, Bristol said. 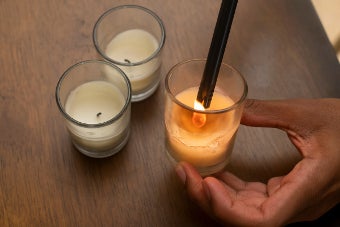 “A number of students arrived with a Unitarian background, and said they wanted to do more rituals [like lighting candles],” said Walker Bristol. “It felt important to say, this is how we create a meaningful space.” Photo: Alonso Nichols
What were once discussions are now called reflections, “which isn’t to say the discussions can’t re-emerge, but you have to be attentive to who’s in the room,” they said.

Bristol remembers arriving on campus nine years ago and finding a Humanist movement whose “identity was mostly atheism. We used to get in the room and talk about being not religious.”

But for students now, they said, “questions of how logical religion is are not so interesting. It’s important for me to follow.” In becoming officially endorsed as a chaplain by the American Humanist Association, they received the charge “to aid people in supporting their own agency.”

And from agency, perhaps, comes a sense of communal identity. At the 2018 Baccalaureate service, one of the Tufts Humanists, graduating senior Corrinne Smith, A18, offered a reading, an adaptation of the poem “The Negro Speaks of Rivers” by Langston Hughes.

During the daylight service, Smith offered the graduates the possibility that, like the poet, they knew “rivers ancient as the world and older than the flow of human blood in human veins,” with souls “grown deep like the rivers.”

For the 2019 commencement, Bristol prepared a new invocation for the School of Medicine ceremony, another first for the Humanist chaplaincy.

Thinking to the academic year ahead, they expect the candle-lighting ritual on Thursdays will continue. “It reflects the space, and what we want from it.”

But, like the rivers, the flames—and everything natural on the planet—all can and will change. “If the space changed, maybe the candles would, too,” Bristol said. “I’m never trying to create something that doesn’t need to exist.”