It’s all about using the lessons of neuroscience and relationships to build more connective communities, say Tufts experts 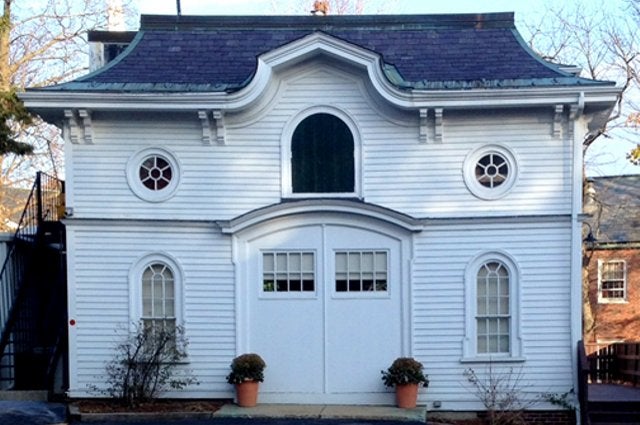 Tufts hosted its first International Ux+Design conference—on urban experience and design—earlier this year. The conference “brought together creative thinkers from around the world who are shaping evidence-based design practices, ones that embrace the hard data of our unconscious responses to external stimuli,” said organizers Justin Hollander, A96, professor of urban and environmental policy and planning, and Ann Sussman, F86.

Here, Hollander and Sussman give Tufts Now their takeaways from the conference—and the future of urban design.

Design better buildings using neuroscience. Extraordinary advances in neuroscience and psychology have changed our fundamental understanding of the relationship between the city and its inhabitants. Now we know that unconscious processing, outside of conscious awareness, directs our behavior. This means we can now better understand and actually see our primate nature at work as we assess our surroundings—and it follows we can design and build more appropriate places for people, further understanding, for instance, why old city centers—whether in Paris or Boston—hold enduring appeal.

Use eye-tracking to create buildings people want to look at. These same scientific strides have drastically decreased the costs and technical acumen needed for urban designers and planners to understand unconscious responses to cities. Through the use of biometric tools, including eye-tracking and facial expression analysis, we can predict human behavior, including why we choose to approach or avoid different streetscapes.

Eye-tracking, which follows movements our eyes make without conscious input, tracks how our brain can make us approach one area and just as quickly, make us move away from another. The images below, from our research, show the exit area outside the Davis Square T in Somerville as it exists today, and how it might look with added art. Eye tracking—aggregating visual data to create heat maps—glows brightest where people look most. Here, we see the heat maps show people barely look at the wall exiting the T, but with the added art they would behave much differently, likely to approach or even linger in front of it and significantly, even create a positive memory of the moment. 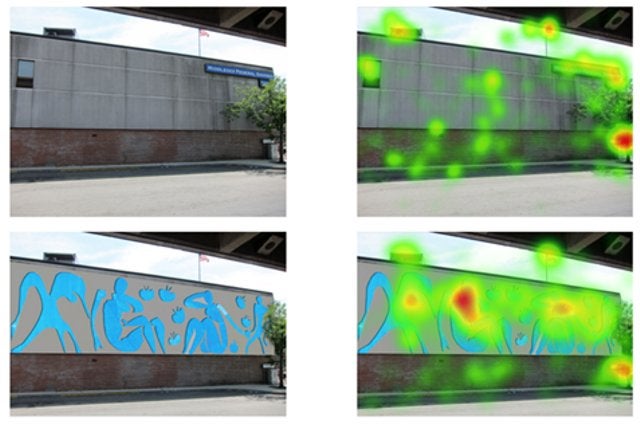 Putting a face in the façade. Evolutionary biology teaches us that our evolutionary history largely pre‐sets our response to external stimuli, including how we are hardwired to continually look for and at faces, including in building façades. Places that promote the building of streetscapes with bilaterally symmetrical arrangements of windows will attract interest and attention from people, while those with blank walls cannot. We have found this repeatedly in biometric studies, including research we conducted for the City of New York—as seen in the examples below. 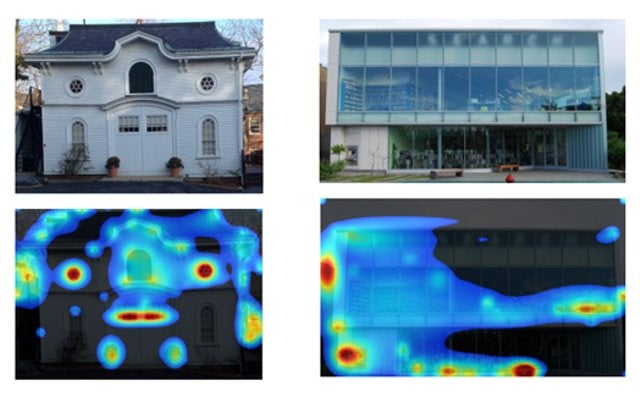 The heat maps above track how the brain instantly focuses on the windows in the old carriage house in Cambridge, Massachusetts, at left, and essentially ignores the building at right, a new public library in Queens, New York, built without “punched” windows, which from our brain’s perspective means it is barely worth a glance. (Note heat maps glowing brightest at benches and book-drop out front, at right, while ignoring the door and much of the building.) Implicitly avoidant, the library cannot create a positive sense of place and becomes unmemorable—with the human brain not set up to unconsciously take it in.

Use the right words to describe it. A new vocabulary is needed for urban designers and planners. Biometric terms such as fixation, saccade and pre‐attentive processing—what our brain gets us to look without our conscious awareness in the first three-to-five seconds—will be the foundation for creating cities that respond to innate human needs. The images below—also from our research with the City of New York—show another New York library’s fixations, the large yellow dots where the eye stops to rest to take in visual stimuli; saccades refer to the lines between them. In general, the eye moves forty-five times in fifteen seconds, which is the testing interval illustrated below. And again, we see how without ever telling test subjects where to look, they ignored blank walls.

We are looking for relationships all the time. Traditional or vernacular architecture has generally been very effective at meeting people where they are, in an evolutionary sense. Bilateral symmetry, face-like facades, straight-forward hierarchy has been baked into traditional designs and helps explain why the older parts of a city are often the most popular, the most welcoming, and the most photographed—and the ones that provide a city with a unique identity.

These designs work because they fit what our brain evolved to see.  Remember, no matter how modern we may feel, we remain Pleistocene, a primate, a social species hard-wired for relationship, always looking to connect—even if what is in front of us is inanimate. No surprise then that since we are built for attachment, we feel at our best when the buildings in front of us provide just that attachment. Successful urban planning and architecture of the future, embracing this science, will build with this in mind.