Will Tea Drinkers Pay More for a Climate-Friendly Cup? 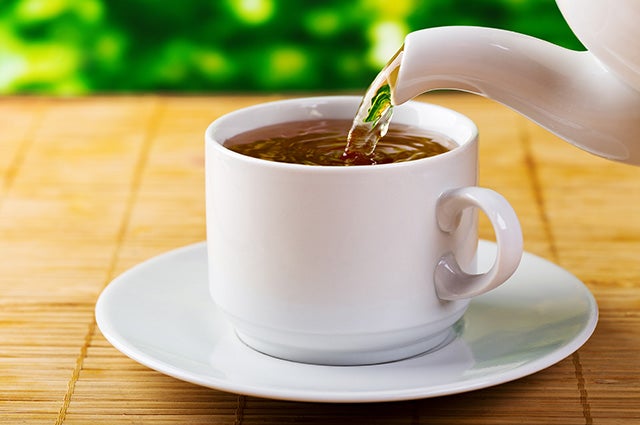 The fight against climate change could soon be coming to your supermarket shelf. But if food companies label products with lower greenhouse gas emissions, will shoppers pay more for them? When it comes to tea, the answer is complicated, according to a team at Tufts.

“Most people in our study preferred climate-friendly tea over other options, but low-income shoppers were more willing to reach into their wallets and pay more for it,” said Sean Cash, an economist and the Bergstrom Foundation professor in global nutrition at the Friedman School of Nutrition Science and Policy. “We also found that people who knew more about climate change weren’t necessarily more likely to choose the climate-friendly option.” 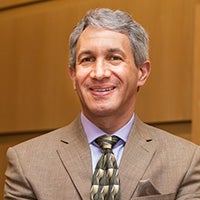 Low-income shoppers “were more willing to reach into their wallets and pay more” for climate-friendly tea, said Sean Cash. Photo: Anna Miller
As part of Tufts University’s Tea & Climate Change Collaborative, Cash and Rebecca Boehm, N12, now an economist at the Union of Concerned Scientists, designed an experiment to tease out which demographic characteristics and attitudes might influence the decision to pay more for a product that had less impact on climate change. Their study was published in the journal Sustainability in September.

Tufts Now spoke to Cash about what this means for the role of the consumer in fighting climate change.

Tufts Now: Why did you focus on tea?

Sean Cash: Tea is a useful starting point because it is the most widely consumed beverage in the world after water. Tea is grown on 4.1 million hectares globally, almost the same amount of land used to grow the world’s supply of fresh fruit. Not only does the carbon footprint of so much tea have consequences for the sustainability of our food system, but both the quantity and quality of tea produced is highly susceptible to changes in climate. This study is part of a larger project (with Colin Orians and Al Robbat in Arts and Sciences, Tim Griffin at the Friedman School, and colleagues elsewhere in the U.S. and China) looking at these interactions between tea and climate.

Although this study looked at tea, future research could easily apply our methods to other foods and beverages. Investigating why someone might purchase low-carbon tea can help us better understand whether labels are an effective way to increase demand for food and beverages with a lower carbon footprint.

How did you set up the experiment?

We recruited 380 shoppers at specialty food retailers in Boston and a tea house in Bozeman, Montana. We asked participants to consider a real-world situation where they would be buying a box of tea. The participants chose one of two teas they would prefer given differences in price, organic and fair-trade certification, time of harvest, scale of production, antioxidant content, and carbon footprint. The prices were hypothetical; we did not ask the consumers to buy anything that day. So, how we interpret the results is not based on the dollar values we estimated but rather on what this implies for participants’ ranking of these attributes.

This wasn’t meant to be a representative sample of all U.S. tea drinkers. Instead, we focused on consumers who were shopping in specialty stores and therefore may be already more interested in sustainability, as well as familiar with other environmental labels.

Would the participants pay more for climate-friendly tea?

On average, participants were willing to pay the highest premium for tea with lower greenhouse gas emissions compared to all other attributes of tea we included. Interestingly, we also found that low-income participants in our sample were more likely to choose teas with reduced greenhouse gas emissions compared to high-income participants. Future research should explore this result further, because globally and domestically, higher-income households have higher carbon footprints with respect to food and other purchased goods.

Were there any other surprising findings?

We often hear about the importance of educating consumers to make more climate-conscious decisions, but our results suggest that knowing more about climate change may not in itself increase demand for climate-friendly products.  Even among our more environmentally conscious participants, greater knowledge of climate change risks did not necessarily increase their willingness to pay more for climate-friendly tea.

Why do you think some people wouldn’t pay more for climate-friendly tea, even if they knew about climate change?

One possibility is “discounting,” or the idea that people tend to think the consequences of certain environmental risks are too far in the future to have a direct impact on their lives. Even if people know about climate change, they might not believe that it poses enough of a risk to them to warrant paying more for a low-carbon product.

Additionally, consumers may not be considering the likely links between climate change and food choice. When people think about carbon emissions, they often picture large factories or cars. On the other hand, people tend to romanticize farms – think small farms with green pastures. It might not be immediately clear that agriculture plays a large role in our net greenhouse gas emissions, as well as provides a key opportunity for addressing climate change.

Why are these results important?

Eating and drinking is a daily activity, so increasing demand for climate-friendly foods and beverages could greatly help efforts to mitigate climate change. Our results could help inform future strategies to shift consumer behavior towards low-carbon products.

Future research should examine why knowing about climate change isn’t enough to motivate purchasing low-carbon products. Those looking to influence food choice and consumer behavior may need to rethink the way they communicate the benefits of climate change mitigation.

Nako Kobayashi can be reached at nako.kobayashi@tufts.edu.