Meet the Tufts alumni behind some of today’s most innovative food businesses. 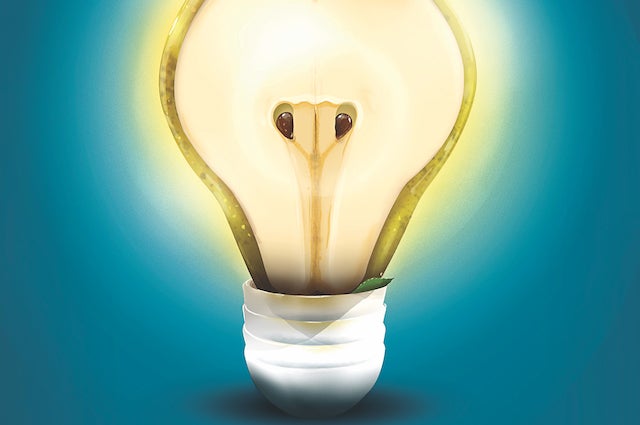 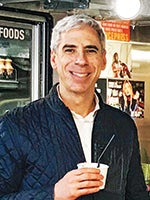 In 2013, Michael Karsch, A90, F91, shuttered his successful hedge fund firm and took a chance on a small juice chain. At the time, Juice Press—a company producing bottled, cold-pressed juices—ran only four NYC storefronts, but “It had all the trappings of an early cult following,” Karsch said. He became the company’s lead investor, the chair of its board, and guided it to focus on transparency, form a broader nutrition platform, and “expand the definition of what bottled juice can be.” Today, Juice Press operates 80 storefronts and is still growing. 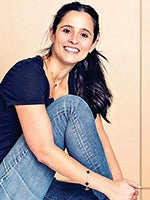 When Chloe Epstein, J96, founded Chloe’s Fruit, she was a lawyer with no experience in food or entrepreneurship. But she did have a freezer full of overripened bananas, plus an “intense sweet tooth and a commitment to a healthy lifestyle,” she said. Unable to find a nutritious stand-in for her fro-yo addiction when she became pregnant, Epstein created the wholesome soft-serve she was craving—“made from just fruit, water, and a touch of cane sugar”—and soon, Manhattanites were lined up outside her shop craving it, too. The foray into popsicles that followed helped Chloe’s Fruit land shelf space in over ten thousand grocery stores nationwide. 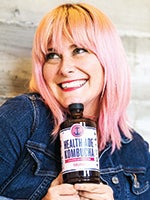 Daina Trout, N07, MG07, left a corporate pharmaceuticals career and launched a company with $600 and a plan to cultivate SCOBY—a bacteria and yeast culture—to homeopathically combat hair loss. Kombucha was a byproduct of the work, but it quickly gained its own following. From a tiny farmers’ market stand to a 140-employee company, Trout and her partners have always focused on making Health-Ade Kombucha with natural fermentation in small-batch glass jars—as they first did at home. Their other secret to success? “The hustle,” said Trout, the company’s CEO. “We lacked experience, but we had a whole ton of drive.” 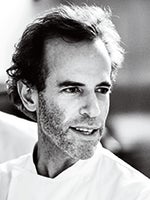 Dan Barber, A92, is considered one of America’s best chefs, but he does much more than lead a kitchen. He is chef and co-owner of Blue Hill restaurant in New York City, as well as upstate’s Blue Hill at Stone Barns, which is paired with an on-site educational center and working farm. He’s a cofounder of seed company Row-7 Seeds. He’s an acclaimed author. And he’s a tireless sustainability advocate, which comes with the territory as a chef. “It just so happens that the road to better food is the same one that leads to better ecology,” he said. “In the pursuit of exceptional flavor, you’re determining how food is farmed and how the world is used.” 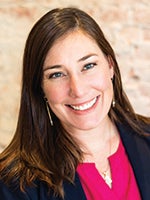 Not everyone has a life-changing revelation while sitting in an Uber. But when Ashley Colpaart, N10, used the ride-sharing service for the first time, she had a breakthrough on her observation that start-up food businesses needed kitchen space. “I started thinking about the access economy and how infrastructure and resources have become more important than ownership,” she said. Applying that principle to local food systems, Colpaart founded The Food Corridor, a virtual hub that matches food start-ups with shared kitchen spaces. Now she’s a CEO and food entrepreneur who’s solving real-world problems for other entrepreneurs. (“It’s very meta,” she quips.) 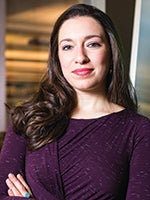 Like so many food entrepreneurs, Lauren Abda, N12, longed to get involved but didn’t quite know how. So she started a meetup group in Boston—before long, she was leading a community of like-minded folks seeking mentorship, advice, and teamwork. From there, Abda founded Branchfood, the largest community of food entrepreneurs in New England. Through its co-working space, educational programming, and mentorship—as well as its angel investing network, Branch Venture Group—Branchfood helps “people with fantastic ideas and unique skill sets to become an integral part of the food system,” Abda said, “and change it for the better.” 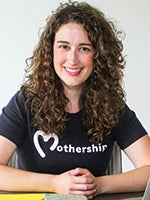 If you’ve experienced what Martelle Esposito, N10, calls “health information overload” after consulting Dr. Google, you’re not alone. The entrepreneur worked for years in public health and, inspired by her own personal and professional experiences with the “the triumphs and challenges of parenthood,” decided to create a digital platform and community that connects parents with personalized support and resources from other parents who are also health professionals. Mothership replaces the judgment and confusion often encountered online with empathy and empowerment, said Esposito, president and CEO. But the key is that it still meets millennial parents right where they are: “in a digital environment.” 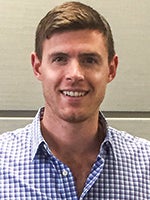 “There are a lot of chip brands out there,” said Ryan Egger, A14, N17, “but if you look at the snack-food market, everybody’s looking for something healthier.” And within healthy, one key word stands out: protein. When Egger—who’d been working as a VP for his grandfather’s high-protein food company Bariatrix Nutrition—learned of a new European method to boost the protein content of chips, he jumped on the chance to import the technology, cofounding AirChips USA and servings as its president. After success in B2B sales, the company was acquired—but Egger remains involved and is excited to “grow AirChips as a consumer-facing brand.” 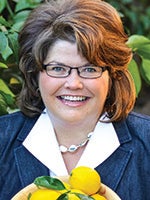 “I’d always wanted to be my own boss,” said Amy Myrdal Miller, N97. So after twenty years of working for other people, she channeled her life experiences—growing up on a farm, planning conferences at a culinary college, directing health research and marketing for food companies—into a marketable product. The company she founded, Farmer’s Daughter Consulting, offers agriculture, food, and culinary communications expertise—and gives Myrdal Miller the variety she craved in her work. “I’m the president, CFO, chief marketing officer, and brand ambassador,” she said. “No two days are ever the same.”