The Psychological Toll of Wildfires

As climate change brings more natural disasters, more people will have to cope with traumatic stress 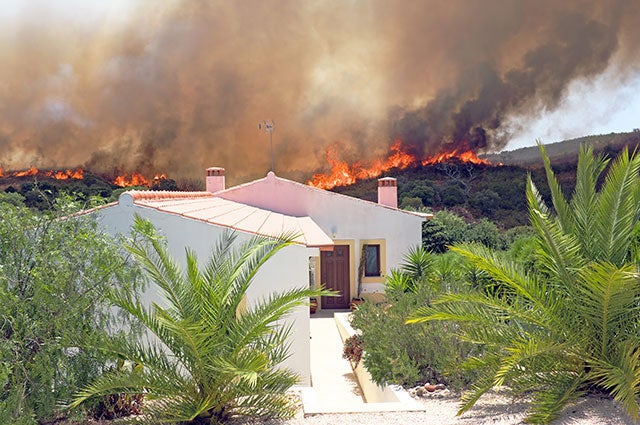 The California wildfires that have burned thousands of acres and driven hundreds of thousands of people from their homes this fall have left many residents emotionally exhausted. A woman who lost her home in the Santa Rosa fires two years ago, and just recently had to evacuate from her temporary apartment, told NPR that the stress and trauma of the recurring blazes have taxed her marriage, her work, and her health.

While wildfires and other natural disasters endanger lives and livelihoods, they also take a toll on mental health. Paul Summergrad, the Dr. Frances S. Arkin Professor and Department of Psychiatry chair at Tufts University School of Medicine, said that in the aftermath of the Indian Ocean tsunami of 2004, an Indonesian government minister reached out to the School of Medicine for assistance. The minister said their single largest need was child psychiatrists, because so many kids were traumatized by the loss of their families. “Obviously, Indonesia needed many other things for its recovery, too,” Summergrad said. “But in a lot of disasters, psychiatric and mental health services become very important.”

In 2016, the federal U.S. Global Change Research Program issued a report that predicted as climate change increases the number and severity of wildfires, hurricanes, droughts, and other natural disasters, mental health issues will continue to arise.

Summergrad talked with Tufts Now about natural disasters and how they affect mental and emotional well-being.

Tufts Now: How does trauma from disasters affect people? 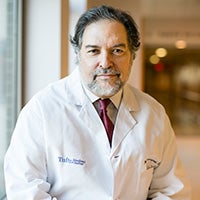 Paul Summergrad, the Dr. Frances S. Arkin Professor and Department of Psychiatry chair at Tufts University School of Medicine. Photo: Alonso Nichols
Paul Summergrad: We’re built to have very rapid responses to unsettled, dangerous circumstances. One of the things that happens is you activate very powerful physiologic systems in the brain and the body. The epinephrine or the sympathetic nervous system, as well as the steroid or cortisol system, can be activated as part of what's called the fight or flight response. Your heartbeat may race. You may become more alert, and responsive to your environment. It's an old, evolutionary reflex.

We know that just like you have these predictable physical responses to trauma, there are fairly standard mental responses to extreme stress. Fear, grief, anger, lack of concentration, recurring nightmares, sleep problems, depression, withdrawal—these are all common reactions. And the responses change over time. When you're in the middle of one of these kinds of events, the first response for many people is disbelief, and then shock, in the colloquial sense. But there is no right or wrong way to feel.

At the same time, people can become incredibly communal and selfless and engaged with others. In many of these terrible circumstances, people can rise to their best selves.

How can doctors and counselors help them recover?

It’s important to first provide the essentials—water, food, communications, healthcare, connection with loved ones who may be missing—so people who are affected can reestablish a sense of control of their lives as rapidly as possible. Then you can point to both personal and communal strengths, and help people call upon their highest adaptive capacity. Let them know there is no right or wrong way to feel. Listen if they want to talk, but don’t force them. Short-term use of various medications, such an anti-anxiety medications or beta-blockers to block excessive stimulation of the sympathetic nervous system, may help to blunt some of the physiologic stress responses.

What about post-traumatic stress?

Most people will recover, but some will go on to develop disorders. People talk a lot about Post-traumatic Stress Disorder (PTSD), which happens a month or more after an event, but there are also acute stress disorders, which occur in the immediate aftermath. People may have flashbacks where they feel like they are back in the middle of the event. They may lose a sense of time. They may avoid things that remind them of the disaster. Symptoms can include sleep disturbance, hyper vigilance, anxiety, irritability and worsening depression.

In October, the governor of California signed in a law to provide more mental health services to first responders, including firefighters. Why is this important?

Police, firefighters, people in the military, and individuals who work in traumatic circumstances of various kinds all have an increased rate of PTSD. There can be very significant consequences to not treating this effectively, including people becoming more anxious, and withdrawn, and unable to work. They may have worsening mood or depression-type symptoms. Persons living with PTSD have increased rates of suicide. So, access to proper, evidence-based treatment is a good thing.

As climate change causes more disasters around the world, who will be most affected?

We should particularly worry about older adults, who may have more limited medical reserves and, in some cases, more limited cognitive reserves. And then there are children, who are really dependent on other people. We saw some of this with the children who were separated from their families at the border—kids become rapidly withdrawn, they stop eating, they stop talking. Kids are not really developed enough to be highly resilient—they are dependent on their families for both physical and mental well-being.