The brothers behind the Farida Group give every employee their cell phone numbers, wear uniforms to work, and refuse to promise jobs to their kids. It just might keep the family enterprise afloat. 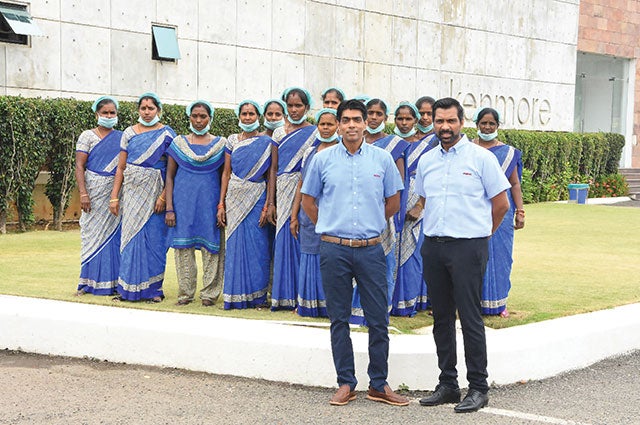 The Farida group started in 1957 as a single tannery that shipped semi-finished leather to England from the South Indian town of Ambur. Today the group has 29,000 employees in three countries and produces more than 35,000 pairs of shoes daily for global brands like Rockport, Clarks, and Cole Haan—and it is run by the same family’s third generation, which is grooming the fourth to eventually take the reins.

Such success is unusual in family-run enterprises. Only one of every ten family businesses remains active and privately held by the time the third generation is ready to lead, according to Harvard Business Review. The Farida Group, named after the youngest daughter of its founder, has bucked that trend by focusing on worker satisfaction and demanding high performance and bold innovation from its leaders, even if they are relatives.

“Our dad gave us a lot of freedom to experiment, encouraging us to try whatever we wanted to try, and accepting that not everything is going to work out,” said Irshad Mecca, A90, F18, who runs Farida with his three younger brothers, including Ashfaque Mecca, A95. (Their seventy-one-year-old father remains chairman.) “Some things will fail. As long as you learn from it, you’re happy to go back and try again. It’s like a laboratory.”

The experiments at Farida go far beyond standard business tactics, like moving up the value chain to finished uppers and shoes. The company invests in projects such as ambulance services and water treatment plants, which help the communities in which it operates and win points with international customers. Farida also provides health clinics and education programs for employees and their children, and offers flexible schedules to its workers, 95 percent of whom are women. Its focus on keeping the staff happy has paid off: unlike its competitors in India, Farida has never had a labor strike, and its workers have stayed with their private union rather than joining a national one.

The Mecca brothers attended high school and college in the United States and chose to return to Ambur, an industrial town with about 180,000 residents, to join the family business. They considered divvying up functional roles, such as head of finance, manufacturing, or sales, but decided against it. “That can lead to in-fighting: ‘No, you didn’t give me the finance, so I can’t do the product,’ or ‘You didn’t sell enough shoes, so I couldn’t make the target,’” said Ashfaque, the youngest brother. “To keep family unity, we decided from the beginning to run our business as independent businesses.”

About ten years ago, after the global recession caused a drop in Farida’s revenues, the brothers redoubled their efforts to innovate, persuading management guru C. Narasimhan to coach them for a year. Narasimhan, the former president of the Chennai-based Sundaram Clayton, led the first firm outside of Japan to win the Deming Award for its use of Total Quality Management to improve its business.

Thanks to Narasimhan’s mentorship and their own initiative, the Mecca brothers now employ some unconventional methods that are keeping Farida thriving. Here are a few.

Sharing their cell phone numbers with everyone.
The brothers give their cell numbers to their employees—all of them. That’s 27,000 workers in India and another 2,000 in Bangladesh and Ethiopia. “You would expect your phone to be ringing constantly, but it doesn’t,” Irshad said. “We get maybe one or two calls a quarter” and they are always about serious matters.

Dressing like the staff. The Meccas used to arrive at their factories in Brooks Brothers jackets or expensive jeans, but for the past decade, they’ve donned $3.20 uniform shirts just like their workers. The wardrobe choice helps reinforce their dedication to equality and accessibility.

Communicating directly. Twice a month, the Meccas hold meetings with staff members at each factory in India, without middle managers. At one meeting, the brothers provide updates. At the other, they simply listen and answer questions. And the Meccas do their best to speak in the local language, Tamil. When they started, “the workers were giggling” because of their accents, Irshad said. But he credits the direct communication with preventing labor unrest. The brothers plan to roll out similar meetings in Ethiopia and Bangladesh next year.

Valuing happiness. Taking a cue from the nation of Bhutan, which measures its Gross National Happiness, the Meccas created the Happy Factory Index two years ago. The twice-yearly rating is based on measures such as safety, health, education, livelihood, and lack of on-the-job intimidation, and is determined by workers, with some input from neighbors and community leaders.

Refusing to chase profits at the expense of business relationships. During an internship at the family business this summer, a son of one of the brothers was asked to negotiate a contract. “We told him, ‘The price is $1.30. If you can get us to $1.20, we’ll be happy,’” Irshad said. The young man returned excited because the supplier had agreed to $1.15. “We had to tell him, ‘Look, we’re not really happy about that,’” Irshad said. “‘Maybe you should go back and give him that five cents, because maybe you squeezed him too much. That might affect the long term.’”

Stepping aside when they fail to perform. Although experimenting is encouraged, Farida is still a business with financial goals. “We have a very demanding board of directors, which is ourselves,” said Irshad. If a company in the group fails to meet its numbers, the brother overseeing that division is expected to step aside until others can right the ship. “All of us have been in that position once, so we don’t let anything go to our head,” Irshad said.

Not automatically offering jobs to family.
The Mecca brothers have told their children that careers with the family business are not guaranteed. “It shouldn’t be an entitlement,” Irshad said. Of the six members of the next generation now coming of age, “we’ve told them we’ll pick three.”