Hope in the Face of Cholera 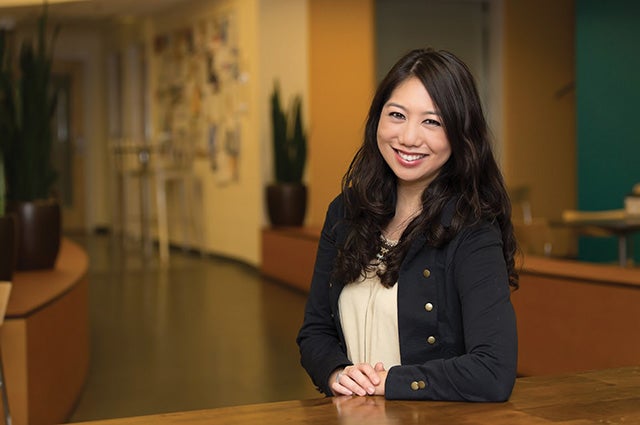 Cholera remains a major public health problem in many low- and middle-income countries. According to the World Health Organization, at least 120,000 people die from the disease each year—but Minmin Yen, SK17, is working to reverse that trend. She’s the founding CEO of PhagePro, a biotech startup that aims to use phages (viruses that target and kill specific bacteria) to fight the disease. It’s a unique approach: according to Yen, it can help treat antibiotic-resistant strains of cholera bacteria and could even support low- and middle-income countries in fighting outbreaks themselves rather than relying on help from charitable organizations or NGOs. Yen describes her goals for PhagePro below.

A New Type of Treatment When there’s an outbreak of cholera, responders usually set up clinics to treat people suffering from the disease, but can’t do much to prevent it from rapidly spreading to family members. Antibiotics might help, but in places like Bangladesh, there’s already a huge problem with antibiotic-resistant strains of cholera. Phages could solve those problems. They specifically go after cholera bacteria—even types that evade traditional antibiotics—but they leave other healthy gut bacteria alone. That means they’re safe for both patients and their families. With a few oral tablets, you could prevent the disease’s spread.

Phage Entrepreneurs In low- and middle-income nations, most of the interventions available for cholera are donated by high-income countries, companies, or nonprofits. But that doesn’t support the actions of local populations themselves. We want to help those nations produce and manage their own solutions. There is already a booming pharma industry in many places where cholera outbreaks are common—so if we figure out all the manufacturing and R&D involved in phage therapies, we can then lease the technology so local companies can manufacture them. I always stress that we’re a global health company. We’re not a charity. We want to make this a viable business in cholera-stricken areas so they can provide solutions sustainably.

Innovation for All In startups, there’s a lot of talk about innovation, but the people who really need it are often left behind. As a student, I saw that firsthand while doing a clinical practicum in Haiti—people had lined up overnight just to see one doctor, sometimes for very serious illnesses. PhagePro is an attempt to fix some of the problems we see in global health and make innovative academic discoveries available to people who don’t normally benefit from them.