The Robot That Makes Dinner

Meet Suvie, a smart appliance that acts as both a refrigerator and cooker 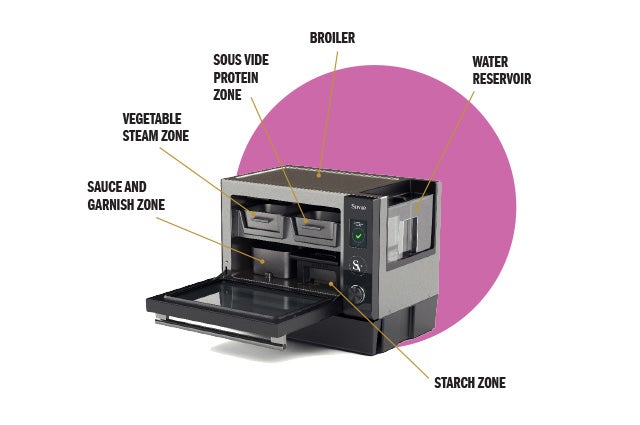 Robin Liss, A06, wants to revolutionize the way we make meals. She is the CEO and cofounder of the startup behind Suvie, a smart kitchen robot that acts as both a refrigerator and cooker.

The appliance, which is the size of a large toaster oven and costs about $1,200, has four separate cooking and cooling zones for proteins, starches, produce, and sauces, which can be delivered in refrigerated meal kits. Suvie keeps the ingredients cold until it’s time to start cooking, then cooks them in their individual chambers so they’re all ready to eat at the same time. 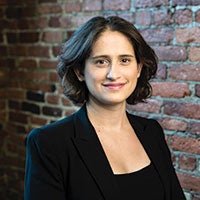 Robin Liss
Suvie is named for the French cooking method sous vide, in which food is placed in a pouch or jar and cooked in a water bath. But the appliance can actually boil, drain, steam, and roast ingredients according to bar codes on their recyclable packages. Dinnertime can be scheduled with the Suvie’s controls or by smart phone.

The company raised more than $720,000 through a Kickstarter campaign and has started shipping Suvies to early backers. Liss, who is also the founder and former CEO of Reviewed.com, a consumer technology review publication that she sold to Gannett Media in 2011, hopes her new venture will help busy families save time and eat healthier, too.

Her own favorite Suvie meals are the teriyaki salmon with white rice and snap peas and the braised short rib. “Those show the versatility of the device,” she said, “because the salmon is cooked quickly, but the short ribs braise for twelve hours.