We must take action now even amid uncertainty, says a Tufts engineer, because the potential consequences of inaction are so severe 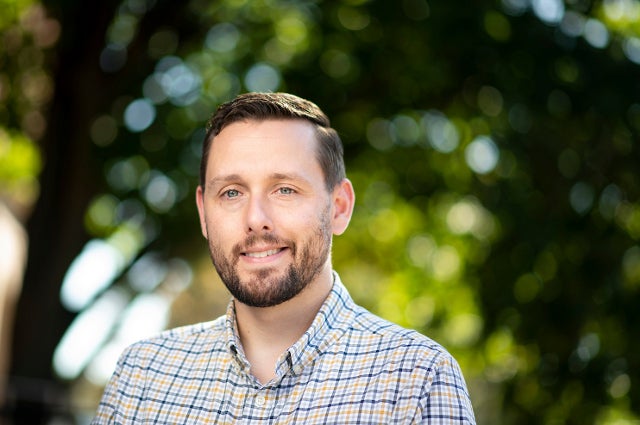 What will the planet look like if climate change continues unabated? Experts have weighed in on consequences that include more destructive storms, flooded coastal cities, vulnerable animal species extinction, and severe drought. Jonathan Lamontagne, an assistant professor of civil and environmental engineering at Tufts, warns that considering only a few climate scenarios may miss important risks and compounding interactions.

“Planners need robust frameworks that broadly explore the uncertainty space for unforeseen synergies and failure mechanisms,” he wrote earlier this year in a study of climate change.

The model used in the study accounts for uncertainties in human activity and the climate by exploring some five million scenarios. The upshot: doing nothing will almost certainly result in significant warming and large climate damages.

Instead, a robust approach—encompassing rapid carbon reduction strategies that include aggressively pursuing carbon-neutral energy production by 2030—has a chance to result in a “tolerable” future, in which the warming of the planet is limited to 2 degrees Celsius by 2100. The study underscores, with its novel computational approach, the urgent need for massive global action within a narrow window of just ten years.

Earlier this month, a new study published in the journal Bioscience by scientists in 153 countries warned that the planet ‘‘clearly and unequivocally faces a climate emergency.’’ One of the five lead authors was William Moomaw, Fletcher School professor of international environmental policy emeritus. In late November, a new United Nations report called the climate prospects “bleak.”

Tufts Now recently spoke with Lamontagne about his study, and how it is a lens through which to view the future—and a catalyst for change.

Tufts Now: How did you come to work in this field?

But I was curious. When I was a postdoc at Cornell, I pursued those climate scenarios and the models that generated them, and I realized that a lot of lessons we’ve learned in the water resources realm could be brought to bear on developing models for assessing climate change. That’s how I got into it—and by working with really smart economists and climate scientists on uncertainty analysis and uncertainty framing.

You could expand on that idea of uncertainty?

Uncertainties are everywhere: population growth, the economy, technological advancement, the climate’s sensitivity to greenhouse gases—and any of them could affect our efforts to curb global warming. We envisioned a better modeling framework that would identify scenarios that could lead to a more tolerable climate future by exploring a wide range of variation within each uncertainty.

Short-term, we don’t have so many uncertainties to consider, but long term, they seem to be beyond our grasp.

Right—I can predict tomorrow’s weather; we can say there is a high probability of rain and it will probably rain. But if I say to you, “What’s the probability distribution of fuel efficiencies in China in 2080?” I don’t know—that’s what we call a deep uncertainty.

Among those of us studying climate change, there is a growing recognition that the planning problems we face today are really shrouded by these deep uncertainties. You need to bring a different set of tools to them. Rather than talk about expected values and expected outcomes and about probability, our approach is to focus on robustness. Robustness here means that your assumptions about the future can be wrong and you will still get a reasonable result.

So with robust policies and programs, we might end up with a planet that is habitable. And if we’re wrong—we at least haven’t made things worse, right?

In a way, though there is certainly a cost to rapid climate mitigation. We don’t know what the future is going to be, but we need to get ready for it. In light of such uncertainty, you want to consider how proposed infrastructure or policies might perform under the worst-case scenario. The fact is, we’re not certain whether or not we can avert significant warming. But we are certain that if we do nothing, conditions will be terrible.

You make the case that the window for action is narrowing—quite rapidly. What global warming trends are you keeping an eye on?

Carbon emissions are continuing to rise, as is the mean global temperature. 2018 was the fourth hottest year on record. For the United States, last year was the twenty-second consecutive year that was above average in terms of temperature. We’re also seeing more extreme weather due to climate change. In 2018 there were fourteen extreme weather disasters here that caused damages exceeding a billion dollars.

A lot of people, I think, feel more despair than optimism, and might even think, well, there’s nothing we can do. We can’t act fast enough.

I think that’s a common response to climate change; it’s a global problem and seems very overwhelming. But it’s clear why we need to plan for the future: the consequences of a failure are drastic, and we are already experiencing those consequences. We should also care because we have a sense of citizenship, and of membership in society, the nation, and the world. I was brought up to try to leave the world a better place than I found it, and to be responsible to future generations.

You mentioned you’re a new father, too—that’s a very telling perspective for you.

In a lot of economic analyses of climate change, the year 2100 is considered the distant future, after which we don’t really consider what happens. But it’s not really that long from now. 2100 is only eighty-one years away.

My son is three years old, and his life expectancy is over eighty years. And the reality is, you and I are only here because past generations invested in the future. We’re all part of this adventure, this endeavor that we’re on as a species. So I think one has to fight the sense of futility.

Is there an attitude or state of mind that you think is important for us to cultivate as we go forward?

I think that to fight the despair, one should take their corner of the world and do everything that they can do in it. There’s a quote from the abolitionist Frederick Douglass that I like. He was once asked by a young man, “What should I do with my life?” And he said, “Agitate, agitate, agitate!” So my way of agitating is to continue to do my science, as well as I can, and to communicate it as effectively as I can.