The Truth About Metals in Foods

A recent spate of stories about contaminated food aren’t as worrisome as they seem, said the Friedman School’s Jerold Mande 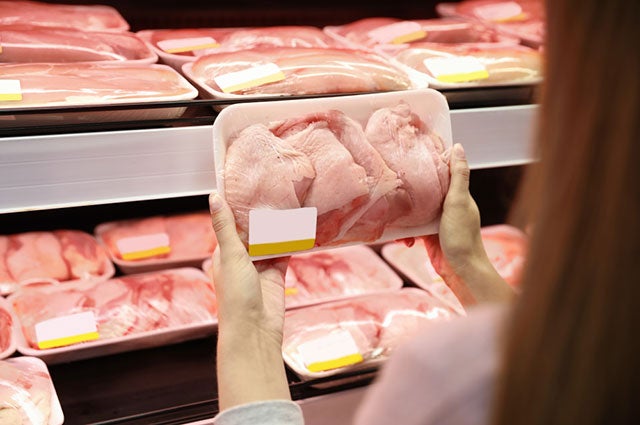 Recently, the United States Department of Agriculture (USDA) Food Safety and Inspection Service announced a recall of more than 2 million pounds of Simmons Prepared Food chicken products due to possible metal contamination. A few weeks before that, the nonprofit Healthy Babies Bright Futures released a study finding that almost all baby foods contain at least one toxic heavy metal.

How is metal finding its way into our food, and what can be done about it? Professor Jerold Mande at the Friedman School for Nutrition Science and Policy, also a senior fellow at the Jonathan M. Tisch College of Civic Life, has answers. But first, we need to look at the issue in perspective, said Mande, who previously served as Deputy Under Secretary for Food Safety in President Obama’s administration; senior advisor to the commissioner of the Food and Drug Administration (FDA); and a health policy advisor working on food, cancer, and tobacco policy on the White House staff.

“In the late 1800s, as companies started using chemicals in the manufacture of food, foodborne illnesses caused by bacteria, metals, and chemicals became one of the ten leading causes of death in the United States,” Mande said. “Today, the Center for Disease Control says there are about 1,400 deaths a year due to pathogens and chemicals we know about. It’s important to understand how much lower that number has gotten.” (Our food system can always get a little safer, but “the greater crisis is poor-quality diets resulting in diabetes, heart disease, and cancer,” Mande added. “That’s what’s killing at least 1,400 every day.”)

While the chicken and baby food incidents may seem connected, it’s crucial to realize that they actually involve two different types of contamination, Mande said.

The arsenic, lead, cadmium, and mercury recently found in infant formula, teething biscuits, purees, and other baby foods have been traced back to the long-ago use of pesticides containing these metals. This is neither a new phenomenon, nor necessarily cause for alarm, Mande said. “We’ve done our best to clean up these heavy metals, but they are part of our environment now—they’re in the air we breathe, the water we drink, the food we eat. Everyone is exposed in various ways,” Mande said. “And over eons, our bodies have evolved defenses and ways of managing these risks.”

Those objecting to the heavy metals in baby food do have a basis for argument—a law from the 1950s bans any non-zero amount of a cancer-causing substance from our food. But Mande pointed out that law was passed before modern analytical chemistry made it possible to detect these substances even when present in the tiniest of amounts—measured in parts per billion, or trillion.

The amounts of metals found in baby foods were not specified in the study, an omission that Mande criticized. “They’re not being as clear as they need be to help consumers understand what they’re detecting,” he said. But assuming a typical level of consumption over a typical period of time, as part of a varied diet, the FDA has declared the foods safe for babies to eat per the principle of de minimis risk, often invoked in health and environmental contexts. “The FDA is saying the risk is so small as to be insignificant,” Mande said. “So, the question is, how much safer do people want it? People are sort of saying they want zero risk—that’s a reasonable position but given reality we would need to invest much more resources that would need to be taken from another priority.”

Mande was skeptical of Healthy Babies Bright Futures’ recommendation that consumers avoid baby foods made with rice, and brown rice in particular, because arsenic is more concentrated in the husk of the grain. “FDA ensures that the amount of arsenic in food doesn’t kill a single person in a year, whereas eating white over brown rice—along with not enough vegetables and fruits, and too much harmful fat and sugar—is making millions of Americans sick and kills 500,000 every year,” Mande said. It’s baffling what risks people focus on, he said: “Maybe it comes down to longer term risks people knowingly take, versus the risks that are in today’s headlines.”

As with the toxins in the baby food, the exact nature of the metal found in the Simmons Prepared Food chicken products—including its ready-to-cook line of wings sections, tenderloins, and whole legs—is unclear, according to Mande. “Reading their notice, it’s hard to know what they’re talking about even for me, and I’m an expert,” he said. “It goes back to just how inadequate the information is that’s given to consumers.”

But from the wording, “I suspect they’re talking about some tiny shards of machinery metal that might have broken off while the product was getting made, which could be a choking hazard, break a tooth, or cause a cut,” Mande said. How did the contaminated product make it onto the shelves? “They may not have realized right away that the failure happened, or they thought they got all of it—there are a lot of possible scenarios.”

The fact that the meat was recalled, and the USDA’s Class 1 categorization of the recall, indicate that the contamination posed an immediate danger to consumers, Mande said—but as with the baby food situation, it’s important not to exaggerate the threat. “It appears, no one actually found metal in their product,” Mande said. “The system is set up to err on the side of safety, to get the risk as close to zero as possible.” In that sense, the recall is actually evidence that the Food Safety and Inspection Service is doing its job to protect the consumer, he said.

That our biggest food stories right now are the potential long-term consequences of tiny amounts of heavy metals, and contaminated chicken that never reached consumers, tells us something important about our food system. “People still get food poisoning, but serious, life-threatening illnesses are very, very rare. All the systems in place have taken our food from one of the ten leading causes of death, to one of the safest things out there,” Mande said. “There are things we could do to make the system safer—but it’s important to understand that it’s already super safe.”