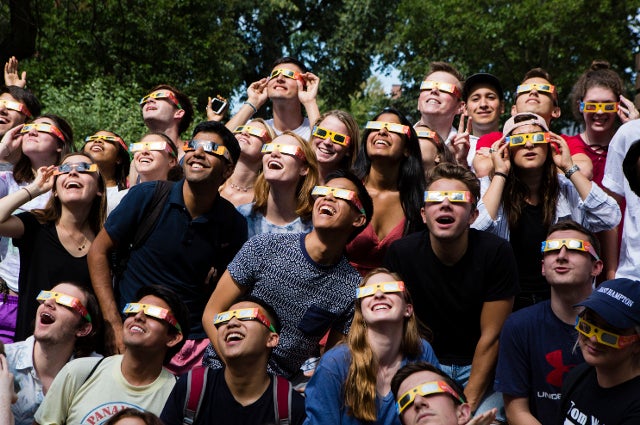 Throughout the past decade, Tufts photographers have roamed the Medford/Somerville, Boston, and Grafton campuses, documenting the people and places that define the university. They created images of students and faculty at work and at play—thousands of images. It was mighty hard trying to narrow them all down to a mere ten.

We will follow up with more favorite photos and moments from the past decade at Tufts. Take a look at the Top Tufts Athletic Moments of the Decade, Tufts Milestones of the Decade, and On Campus Across the Decade. 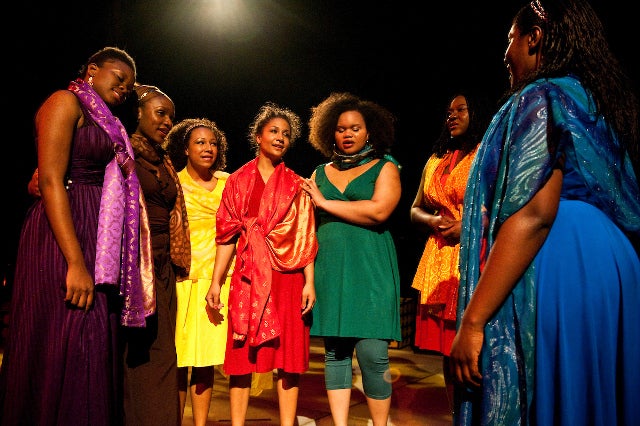 Student actors rehearse the Tufts production of for colored girls who contemplate suicide when the rainbow is enuf. Photo: Alonso Nichols 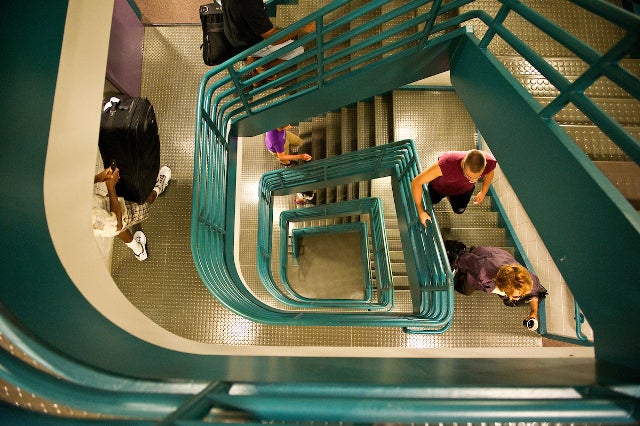 Parents help new students move into what was then South Hall, and is now Harleston Hall, on Matriculation Day. Photo: Alonso Nichols 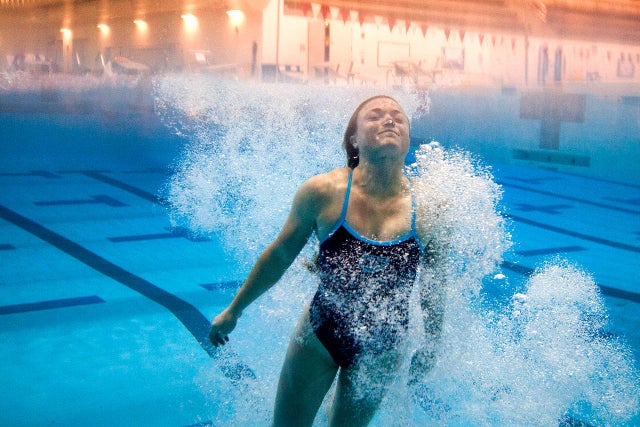 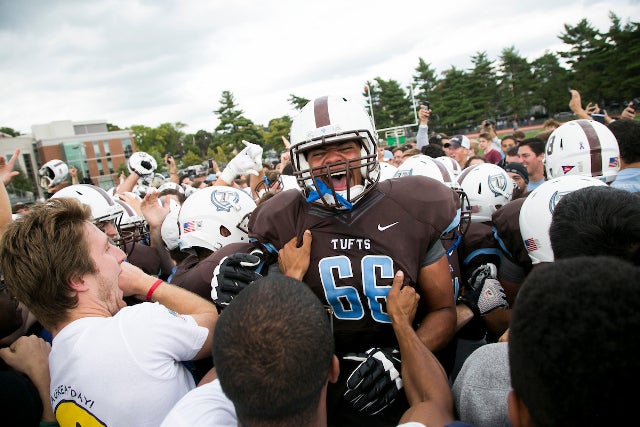 Offensive lineman Justin Roberts, A16, celebrates as fans storm the field after Tufts’ 24-17 win over Hamilton at Zimman Field, a victory that snapped a thirty-one-game losing streak. Photo: Kelvin Ma 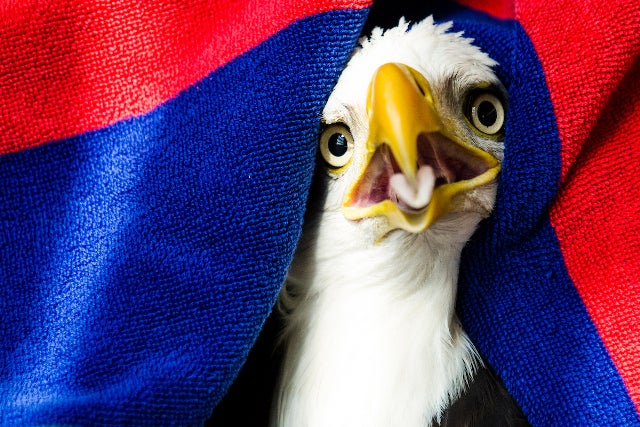 A bald eagle is wrapped in a towel by Maureen Murray, clinical associate professor at Cummings School of Veterinary Medicine, in the flight cage at the Wildlife Clinic. The six-year-old male eagle was found that January with an injured shoulder, and later released to the wild. Photo: Alonso Nichols 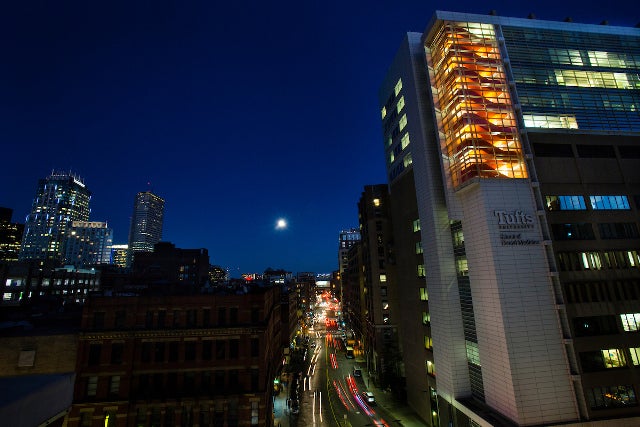 The Boston Health Sciences campus taken from the roof of the HI Boston Hostel on Stuart Street. Photo: Alonso Nichols 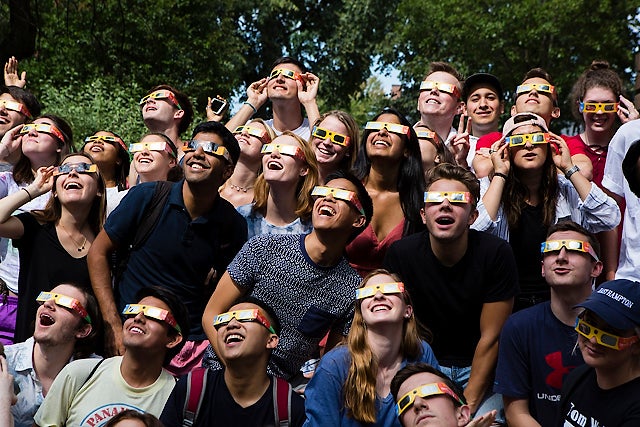 Tufts students pose for a photograph as they watch the partial solar eclipse over campus. They were on campus to prepare to lead pre-orientation trips for incoming first years. Photo: Anna Miller 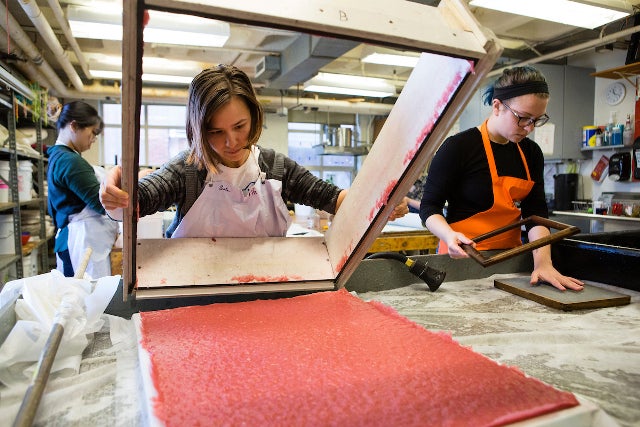 Anela Oh, A19, makes handmade paper using red pulp and a deckle box during a papermaking class at the School of the Museum of Fine Arts at Tufts. Photo: Anna Miller 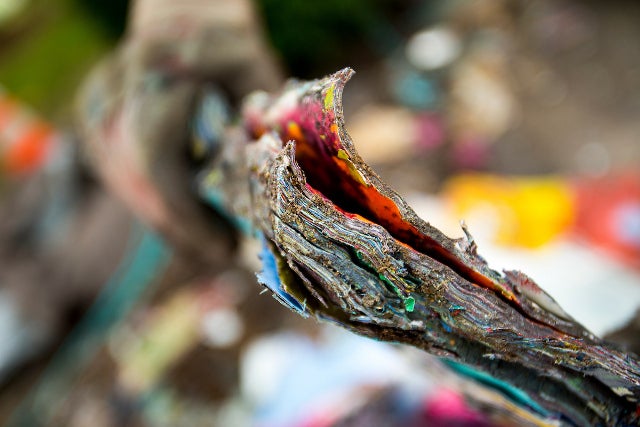 A thick strip of the many layers of paint that had been removed from the cannon on the Hill. The cannon is famously painted and repainted by students, and was being stripped down to the base for the first time in decades. Photo: Alonso Nichols 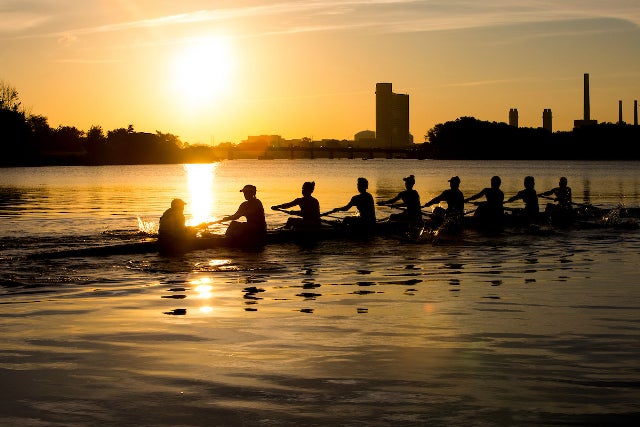