Separating fact from fiction in claims about healthy diets—and how to benefit the planet, too 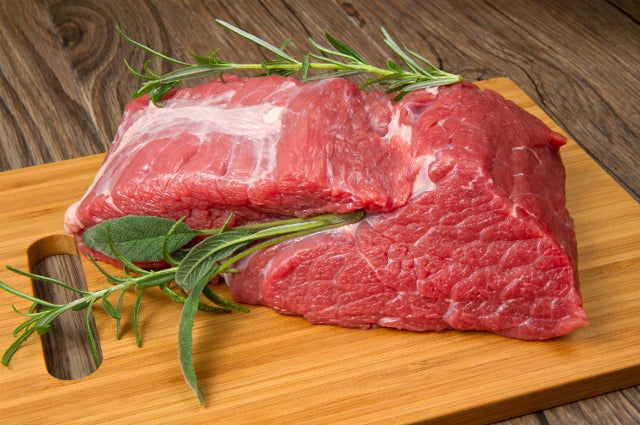 More than half of Americans who make New Year’s resolutions resolve to “eat healthier.” If you’re one, you might be confused about the role meat should play in your health.

It’s no wonder you’re confused. One group of scientists says that reducing red and processed meat is a top priority for your health and the planet’s. Another says these foods pose no problems for health.

Some of your friends may say it depends, and that grass-fed beef and “nitrite-free” processed meats are fine. At the same time, plant-based meat alternatives are surging in popularity, but with uncertain health effects.

As a cardiologist and professor of nutrition, I’d like to clear up some of the confusion with five myths and five facts about meat.

Long-term observational studies of heart disease, cancers, or death and controlled trials of risk factors like blood cholesterol, glucose, and inflammation suggest that modest intake of unprocessed red meat is relatively neutral for health. But no major studies suggest that eating it provides benefits.

So, while an occasional serving of steak, lamb, or pork may not worsen your health, it also won’t improve it. And, too much heme iron, which gives red meat its color, may explain why red meat increases risk of Type 2 diabetes. Eating red meat often, and eating processed meat even occasionally, is also strongly linked to colorectal cancer.

Myth: You should prioritize lean meats 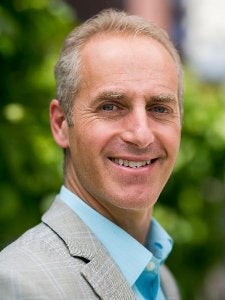 “Current evidence suggests that people shouldn’t eat unprocessed red meat more than once or twice a week. Grass-fed beef may be modestly better for the environment than traditional production, but environmental harms are still large,” writes Dariush Mozaffarian.
For decades, dietary guidance has focused on lean meats because of their lower fat, saturated fat, and cholesterol contents. But these nutrients don’t have strong associations with heart attacks, cancers, or other major health outcomes.

Myth: Focus on a “plant-based” diet

“Plant-based” has quickly, but somewhat misleadingly, become a shorthand for “healthy.” First, not all animal-based foods are bad. Poultry and eggs appear relatively neutral. Dairy may have metabolic benefits, especially for reducing body fat and Type 2 diabetes. And seafood is linked to several health benefits.

Conversely, many of the worst foods are plant-based. Consider white rice, white bread, fries, refined breakfast cereals, cookies, and so on. These foods are high in refined starch and sugar, representing 42 percent of all calories in the U.S., compared to about 5 percent of U.S. calories from unprocessed red meats, and 3 percent from processed meats.

Either a “plant-based” or omnivore diet is not healthy by default. It depends on what you choose to eat.

Myth: Grass-fed beef is better for your health

Conventional livestock eat a combination of forage (grass, other greens, legumes) plus hay with added corn, soy, barley, or grain. “Grass-fed” or “pasture-raised” livestock eat primarily, but not exclusively, forage. “Grass-finished” livestock should, in theory, only eat forage. But no agency regulates industry’s use of these terms. And “free range” describes where an animal lives, not what it eats.

Products like Impossible Burger and Beyond Meat are clearly better for the environment than conventionally raised beef, but their health effects remain uncertain. Most nutrients in plant-based alternatives are, by design, similar to meat. Using genetically engineered yeast, Impossible even adds heme iron. These products also pack a lot of salt. And, like many other ultra-processed foods, they may lead to higher calorie intake and weight gain.

So, what are the facts?

Processed meats contain problematic preservatives. Even those labeled “no nitrates or nitrites added” contain nitrite-rich fermented celery powder. A current petition by the Center for Science in the Public Interest asks the FDA to ban the misleading labeling.

Besides the sodium, nitrites, and heme, processed meats can contain other carcinogens, produced by charring, smoking, or high-temperature frying or grilling. These compounds may not only harm the person who eats these products; they can also cross the placenta and harm a fetus.

Fact: A meatless diet is not, by itself, a healthy diet

Most diet-related diseases are caused by too few health-promoting foods like fruits, nuts, seeds, beans, vegetables, whole grains, plant oils, seafood, and yogurt. Additional health problems come from too much soda and ultra-processed foods high in salt, refined starch, or added sugar. Compared to these major factors, avoiding or occasionally eating unprocessed red meat, by itself, has modest health implications.

In terms of land use, water use, water pollution, and greenhouse gases, unprocessed red meat production causes about five times the environmental impact of fish, dairy, or poultry. This impact is about 20 times higher than that of eggs, nuts, or legumes, and 45 to 75 times higher than the impact of fruits, vegetables, or whole grains. A 2013 UN report concluded that livestock production creates about 15 percent of all global greenhouse gas emissions, with nearly half coming from beef alone.

Fact: Plant-based meats are better for the environment

Which preservatives or other toxins in processed meat cause the most harm? Can we eliminate them? In unprocessed red meats, what exactly increases risk of Type 2 diabetes? What innovations, like feeding cows special strains of seaweed or using regenerative grazing, can reduce the large environmental impacts of meat, even grass-fed beef? What are the health implications of grass-fed beef and plant-based meat alternatives?

Like much in science, the truth about meat is nuanced. Current evidence suggests that people shouldn’t eat unprocessed red meat more than once or twice a week. Grass-fed beef may be modestly better for the environment than traditional production, but environmental harms are still large. Data don’t support major health differences between grass fed and conventional beef.

Similarly, plant-based meat alternatives are better for the planet but not necessarily for our health. Fruits, nuts, beans, vegetables, plant oils and whole grains are still the best bet for both human and planetary health.

This article is republished from The Conversation; read the original article.

Dariush Mozaffarian is dean and Jean Mayer Professor of Nutrition at the Gerald J. and Dorothy R. Friedman School of Nutrition Science and Policy at Tufts University.