Living Machines Are Created in the Lab 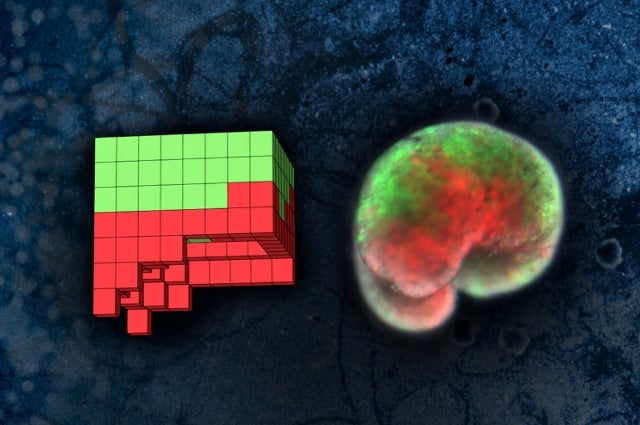 Imagine miniature self-repairing living robots that could move, carry things, and work together—safely delivering drugs inside the human body or helping with environmental remediation. Even more importantly, imagine using such synthetic creations to teach us how to control the formation of organs for regenerative medicine.

Now researchers at Tufts and the University of Vermont report that they have created such living machines, what they call Xenobots, that might one day do just that.

While most machines are constructed from materials like steel and plastic, which can degrade or break over time and have harmful side effects, living systems made from self-renewing and biocompatible materials would avoid those negative consequences.

An important part of creating the self-renewal feature will come from understanding how cells cooperate to create functional organisms in nature, and then using that knowledge to create functional bodies in novel arrangements. The researchers foresee an iterative process in which the synthetic organisms allow them to test theories of body development in nature, which in turn will inform improved robot design.

To create the Xenobots, the UVM research team first used computer simulations to help figure out how such living machines would work, testing a variety of shapes and cellular arrangements. The simulations tested different designs to select a desired behavior, allowing failed designs to “die” and successful designs to survive in a virtual world.

Next, the Tufts team—Michael Levin, A92, Vannevar Bush Professor of Biology and director of the Allen Discovery Center at Tufts, and Douglas Blackiston—dissected frog embryos to harvest early embryonic skin cells. The cells naturally developed into a ball, and the researchers physically sculpted them into a desired shape with microsurgical tools—tiny forceps and a cauterizing wire.

Cardiac progenitor cells that become heart muscle then were layered onto the organism at predetermined locations, ultimately enabling specific movement patterns and behavior in the organism.

The researchers captured video of the tiny machines dancing around a petri dish, pushing debris, and joining together—mirroring behaviors designed in the computer simulation.

“You can imagine the potential in this technology moving forward.  By including additional biological components and integrating the computer designs with a 3d cell printer, one could develop a diverse array of living machines capable of delivering drugs, clearing blockages from small capillaries, or collecting micro-plastics in the oceans, to name a few possibilities,” said Blackiston.

To avoid adverse immunological rejection, a prospective patient’s own cells could be used in the building of the Xenobots.

Much work remains to be done to enhance, refine, and prove the safety of these Xenobots before they can be applied in a clinical setting, the researchers said. However, the lessons learned from these cells—which have a normal frog genome, but are directed to make a completely different type of body—are already being used to help understand the process of regeneration and remodeling of the body

“This research is a great example of what we can do at the Allen Discovery Center, where we gather minds and expertise from many disciplines to answer some of the most fundamental questions in biology,” said Levin. “By designing new life forms and working closely with computers scientists, we are exploring how assemblies of cells cooperate to make specific anatomies. This work will have important implications for synthetic morphology, regenerative medicine, and robotics.”

This work was funded through DARPA’s “Lifelong Learning Machines” program.