For Biomedical Engineering Students, a Full-time Stint in the 9-5 World

In a first for Tufts, co-op program lets undergrads spend a semester in industry 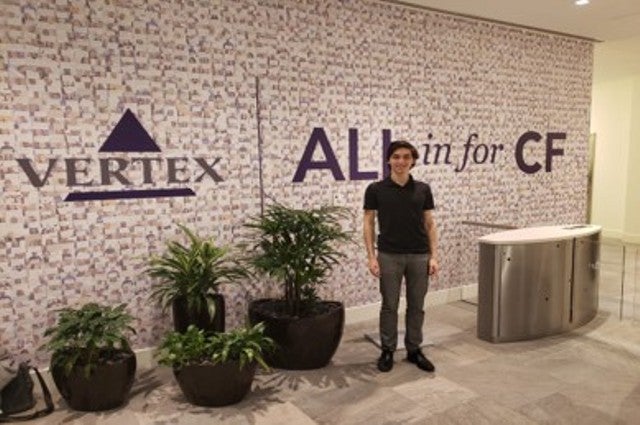 A handful of Tufts biomedical engineering students have become trailblazers, as the first to take part in a co-op program that gives undergraduates a chance to work full-time in their industry for six months.

The new program—which includes a semester of academic coursework, and a semester of outside employment—launched in the fall of 2018, and two pioneers—Aiden Lewis, E21, and Han Nguyen, E20—headed out to their co-ops the following spring.

Since then, more students have moved through the pipeline, said co-op adviser Qiaobing Xu, associate professor at the School of Engineering. While the experiment is still in its pilot phase, the reactions, from both students, the employers, and faculty, have been positive. “Everybody sees the value in this,” Xu said.

A six-month commitment from a student is more appealing for companies than a shorter-term internship, Xu said. “Especially in biotech and pharmaceuticals, students need work training and safety training. They need to learn to use the equipment, and that takes at least three weeks to a month, sometimes longer,” he said. “If they’re just there for the summer, from the company’s perspective, it’s a lot of time to train a student who will have minimal time to contribute to the work.”

The time at the co-op also helps for prospective employment. Both employers and students can use the co-op’s duration to see if the fit is right for a job after graduation. “It’s kind of like an engagement,” Xu said. 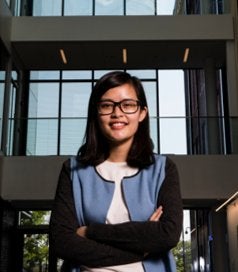 “Vaxess is a relatively small company, and they gave me a lot of responsibility,” she said. An advantage of being an early participant in the co-op program, Nguyen said, is that she received a lot of individual attention, and also faced less competition in finding a company to take her on.

The idea of a co-op isn’t new, of course—schools such as Northeastern University and UMass Lowell have long had them. But it’s new for Tufts School of Engineering, and grew out of student desire for more experiential opportunities, Xu said.

Because Tufts’ graduation requirements are not designed with the idea of a semester-long academic break in mind, a major part of Xu’s role as co-op advisor is to help the students plan their coursework and credits—if they take a break from classes for the co-op, will they be able to graduate on time? Both Lewis and Nguyen did not need to add extra semesters, in part because they had Advanced Placement credits.

Students are generally not eligible for financial aid during a co-op, but neither do they pay tuition for the semester, and employers supply a full-time salary, which can cover living expenses.

Students are responsible for finding their own co-op placements, and draw on the skills taught in the semester-long co-op course, taught by Xu and Robin Kahan, the associate director of engineering career services. The co-op class features speakers—usually School of Engineering alumni—who can provide valuable contacts to the biomedical world.

Lewis did his co-op at Vertex Pharmaceuticals in Boston, a drug development company recently in the news for its breakthrough drug to treat cystic fibrosis. Lewis was drawn to study biomedical engineering by the field’s potential to make discoveries that translate into patient treatments. A sophomore when he did his co-op, Lewis at first was concerned he might not have enough of a background in chemistry. He needn’t have worried.

“I found it was easy to pick up the skills,” he said—and the experience has made his subsequent chemistry classes easier to follow.

“Don’t be too worried about what your background is, as long as you can learn things on the go, and you’re motivated to learn whatever the job is,” he advised others considering the co-op program. “One of the most valuable things for me was being able to see and understand all the moving parts involved in a pharmaceutical company—it let me visualize how every role works together in the drug development process.”

For more information about the biomedical engineering co-op, visit https://engineering.tufts.edu/bme/current/undergraduate/bece