In her new memoir, Ariana Neumann, J92, uncovers a harrowing story hidden for decades—the story of her own father and a family destroyed by the Holocaust 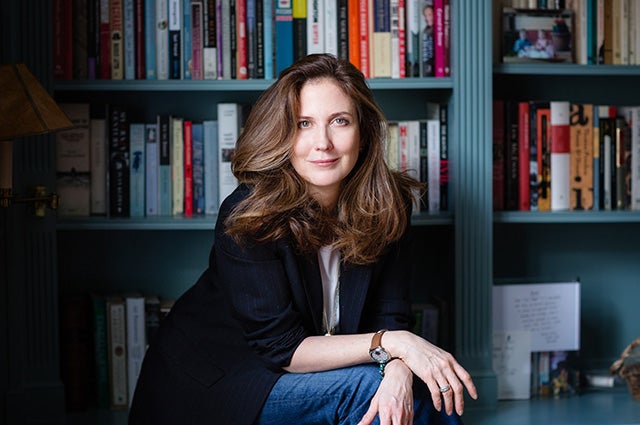 When Ariana Neumann, J92, was growing up in Caracas, she found a gray cardboard box in her father’s library. It held a German ID card bearing an image of Adolf Hitler, a photo of her father as a young man, and a name she didn’t recognize.

“My first reaction was fear,” said Neumann, who ran to her mother sobbing that her father was an imposter. “It says a lot about my relationship with my father.”

The cofounder of a paint supplies business empire and a pillar of Caracas society, Hans Neumann was a reserved man who allowed his daughter to do the crossword quietly in his office while he obsessively repaired watches, and met questions about his childhood or family with silence.

The box soon disappeared. But when Hans Neumann died two decades later, he left it to his only daughter, who had not learned until college that she was Jewish. 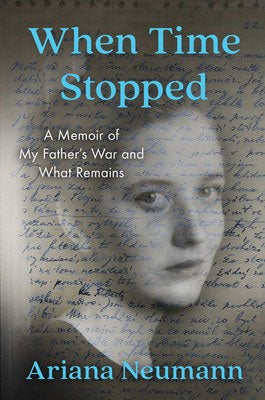 Ariana Neumann’s father survived the Holocaust by fleeing to the unlikeliest of places—Berlin.
When she finally brought herself to open that box, she began a ten-year investigation documented in her new book, When Time Stopped: A Memoir of My Father, Survival, and What Remains.

The book describes how Neumann, who studied French and history at Tufts, discovered that twenty-five of the thirty-four members of her father’s family in Czechoslovakia had been killed in concentration camps—and that her father had survived by fleeing under a false name to the unlikeliest of places, Berlin, where he hid in plain sight for two years, pretending to be a non-Jewish Czech too absorbed in his science to take offense at Nazi views.

“I had moments that were thrilling, when something fell into place, like ‘Ah, there it is—eureka!’” Neumann said. “And then it would be, ‘My god, the horror they must have lived through.’”

Sorting through countless letters, photos, and documents with the help of relatives, researchers, and translators, Neumann learned that her father hid in his family’s factory after he was summoned for deportation, in a room so dark, quiet, and still, he didn’t believe the evidence of hours passing on his watch—he took the mechanism apart to make sure time had not stopped.

She learned that her grandmother, Ella, had boarded a train to a labor camp alone at Bubny Station in Prague after her family had failed to get her name off the list, and that her grandfather, Otto, had used shoe polish to dye his prematurely silver hair black, feigning youth and therefore usefulness—but it rained when he arrived at Auschwitz, washing away the black and dooming him to the gas chambers.

For Neumann, one of the most heart-wrenching documents was the only letter written by her father, sent to his uncle after Hans Neumann had escaped to Venezuela and Germany had surrendered. “I just work and work and work. So much. All the time,” he wrote. “It’s the only way I have of trying to forget how many did not come back, how few of us are left behind.”

For weeks after reading these words, Neumann woke screaming from nightmares in which she fought amid crowds of strangers and crumbling walls to find her father. “He was always busy. You would never catch him just daydreaming,” she said. “I guess he was scared.”

But unexpected joy emerged from the past, too, including the willingness of neighbors and friends to aid Neumann’s relatives. “Despite every effort to quash their humanity, people still in the most awful circumstances managed to be kind and to be loving,” she said. “People who had every reason to turn away helped my family and took huge risks for the sake of doing the right thing.”

Neumann now understands why her father incessantly took apart watches; why he once clutched the armrests of his seat in terror when told his plane might have to land in Stuttgart instead of Zürich; why he once clung to a fence at Bubny Station, sobbing, “This is where I said goodbye.”

“It was the most beautiful gift he could leave me,” she said of the cardboard box. “It was his way of saying to me, Here are all the answers you always wanted that I couldn’t give you.”

She finds comfort in a memory from before her father’s death, when she visited a synagogue in Prague and saw his name on its memorial wall, with a question mark in place of a date of death. She called him and asked what it meant.

Ariana Neumann speaks about her book with Tufts professor Barbara Wallace Grossman at Harvard Book Store on February 6 at 7 p.m.